The irony of Elon Musk taking to Twitter to announce that his deal to take over the company is on hold is not lost on anyone. In an early morning tweet, he said this was due to verification being needed on the amount of fake/spam accounts on Twitter. He cited a report from Reuters that Twitter claims it is only 5%. 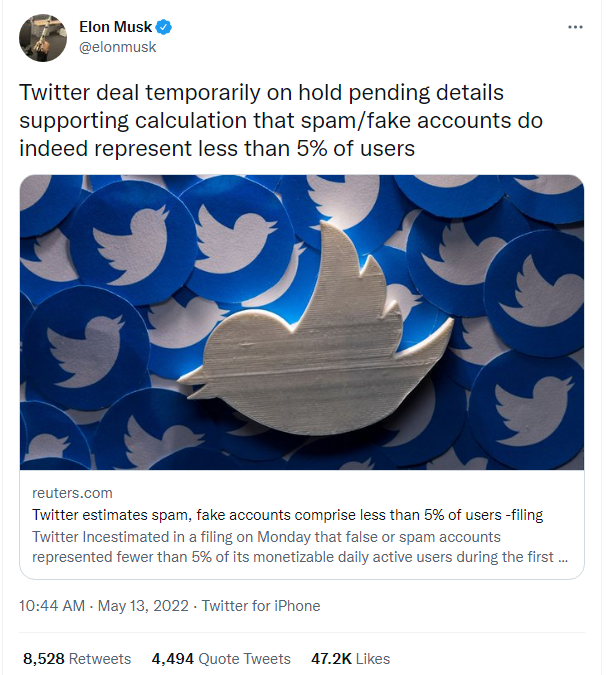 In our view, this looks like an especially lame excuse. It seems judging from the myriad of comments to this tweet that most agree. For starters, when lining up a deal, due diligence would be done to the Nth degree. You would know every detail of what you are buying. How many accounts, how much money it generates, etc., so we definitely give this one the eyebrow raise. However, it does not come as a surprise to us. On May 5 we tweeted that the risk-reward trade was to short Twitter. The upside was limited and the downside huge in the event of the deal not going ahead. Hindenburg also outlined such a strategy, although we did mention it first if you want to engage in playground bullying.

Based on the Twitter stock price after the announcement of the proposed takeover, it never looked likely to go through. It traded at a 10%-plus discount to the takeover price of $54.20. In the event of a high probability of the deal going through, merger arb players would not have let it trade at such a discount. Since the initial announcement of the deal, the Nasdaq has collapsed about 17%, bonds have collapsed and the entire macro environment has changed. Credit markets have tightened considerably, and credit spreads have widened. In this environment paying top dollar always looked less and less likely. Wedbush analyst Dan Ives this morning said the deal going on hold is like a "circus show move."

So where now? We always mentioned TWTR stock goes to $30 if the deal collapses. So far it has not collapsed but is merely on hold. Let's see how that works out then! Twitter was trading around $40 before the announcement of Elon Musk's initial stake. It spiked to $54.57 but only went to $48 after he made his offer to buy Twitter for $54.20. So let's go back in time. Twitter is trading at $40, next the Nasdaq collapses 17%, which brings Twitter down to $33. So we have a bit more room to run then, assuming the deal does not go through. 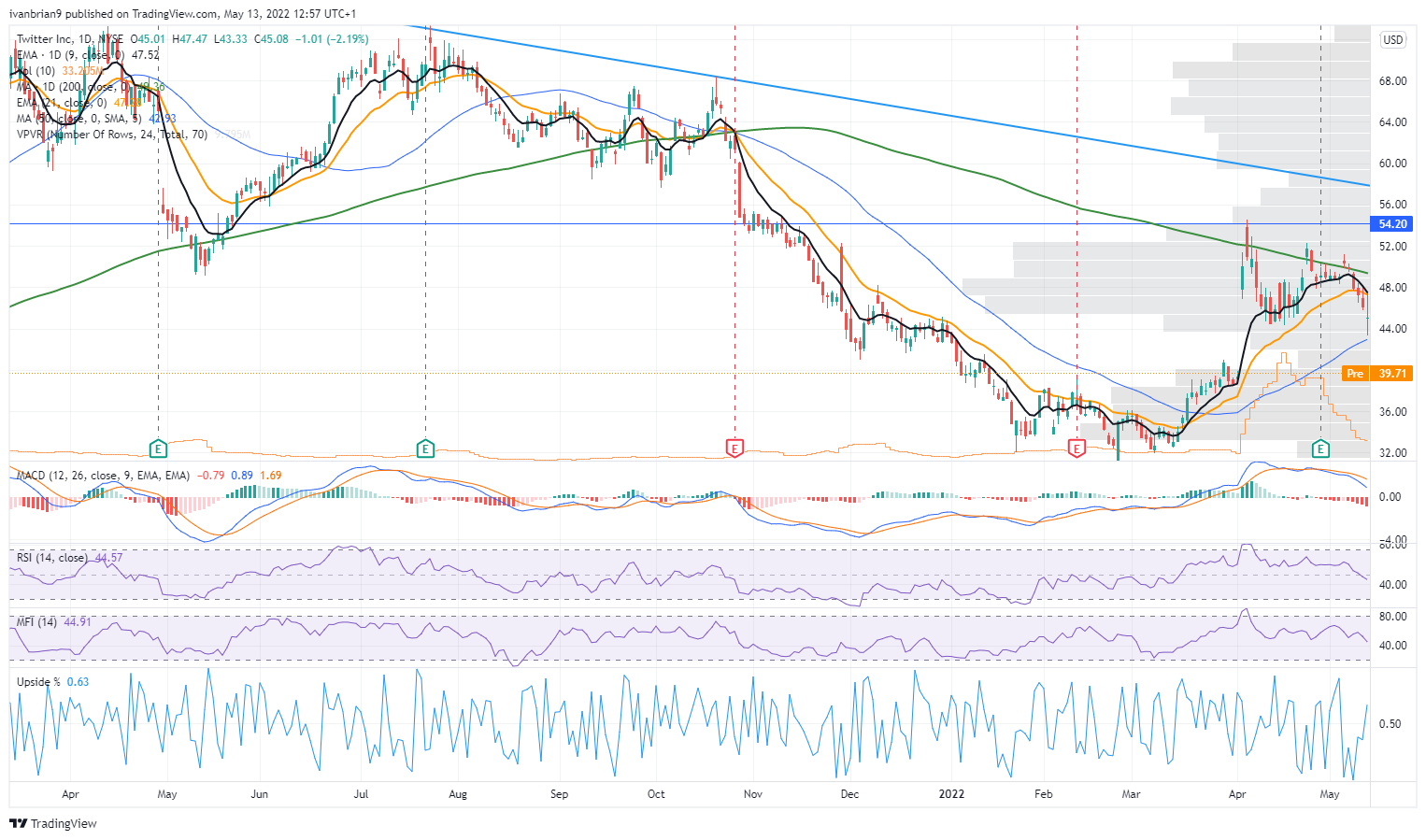