Update: Tesla (TSLA) shed 4.06% on Thursday, ending the day at $288.59 per share. Wall Street closed in the red, as several other central banks announced quantitative tightening following the Fed's announcement. However, worldwide policymakers expressed concerns about the looming risks of a steeper economic downturn. The Dow Jones Industrial Average lost 107 points, while the Nasdaq Composite shed 153 points. The S&P 500 was the best performer, down a modest 0.19%. 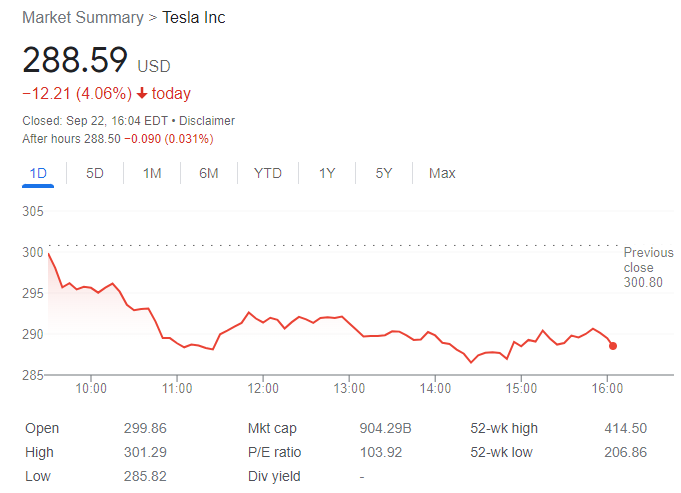 Tesla (TSLA) swung around pretty wildly as the Fed decision was announced. The gyrations were partly to do with positioning and also lingering hopes for a Fed pivot. Equity markets sold off on the initial 75 bps rate hike. It was more the dot plot showing higher rates in 2023 that caught many by surprise. No Fed pivot in 2023 was not what equity bulls had been hoping for, but the press conference began slightly more dovish with talk of a "pause" and phrases like "data dependent" getting equity bulls' hopes up. The Nasdaq surged into positive territory before finally bowing to the inevitable. Rates are going higher, and equities will have to take some more pain.

All this overshadows any specific Tesla news, of which there is little anyway. Reuters had earlier reported that Tesla was looking to close some showrooms in China, but the company has supposedly denied this. Outside of that, the news was relatively light, an unusual move for Tesla.

The attention will now begin to focus on the next set of quarterly earnings, which are due on October 20. Tesla has reported strong sales growth in China, so investors will be looking for clarity on projections there. Delivery lead times have been slashed on the mainland as well, with the Shanghai Giga factory getting upgraded. The question remains how much of this falling delivery time is attributable to falling demand. The last set of data from China appeared to show not much as Tesla nearly tripled its sales growth in China from a year prior.

Tesla stock once again failed at the upper resistance at $314 on Wednesday. This was in line with the rally and sharp sell-off of US equities into Wednesday's close. Now we wait to see how much follow-up there is on the sell side. The medium-term outlook is bearish with higher yields now offering a viable alternative to equity investments. In the current climate, safety offered by bonds (especially short-term bonds held to maturity) will likely tempt investors. Below $314 Tesla, therefore, looks bearish with a target of $281 and then $265. 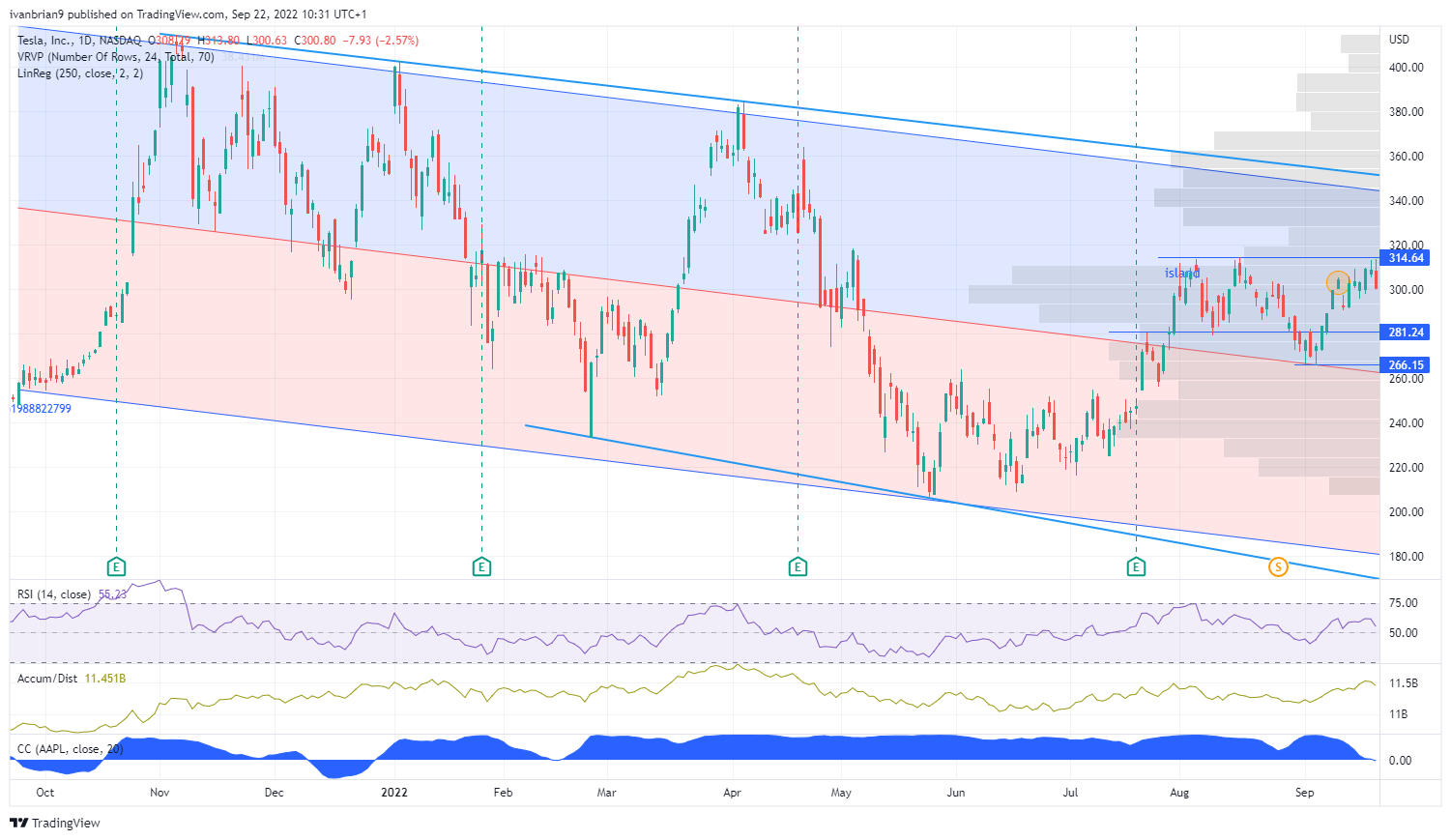