The Reserve Bank of New Zealand (RBNZ) released its Sectoral Factor Model Inflation gauge for the fourth quarter of 2022 this Wednesday. 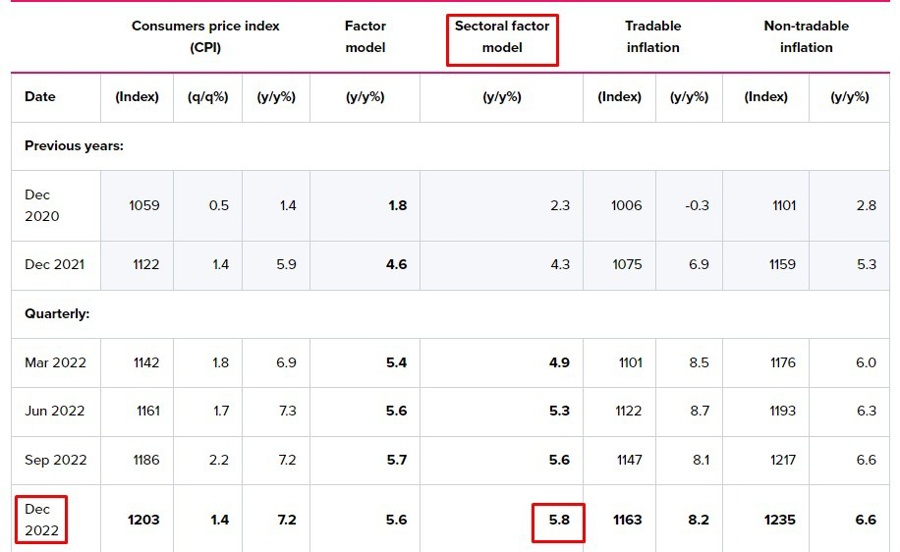 In early Asia, New Zealand’s Consumer Price Index (CPI) rose by 1.4% QoQ in the fourth quarter, beating expectations of a 1.3% increase. Meanwhile, the annualized inflation steadied at 7.2% but bettered estimates of 7.1%.

The Kiwi dollar is unimpressed by the RBNZ inflation gauge, as NZD/USD is keeping its recovery mode intact toward 0.6500.

The Reserve Bank of New Zealand has a set of models that produce core inflation estimates. The sectoral factor model estimates a measure of core inflation based on co-movements - the extent to which individual price series move together. It takes a sectoral approach, estimating core inflation based on two sets of prices: prices of tradable items, which are either imported or exposed to international competition, and prices of non-tradable items, which are those produced domestically and not facing competition from imports.

The AUD/USD pair has refreshed its day’s low at 0.7083 as investors have turned risk-averse amid the interest rate decision by the Federal Reserve (Fed) this week. The US Dollar Index (DXY) has displayed a wild gyration in a 101.40-101.57 range as the volatility is accelerating dramatically.