At the time of writing, GBP/USD is trading at 1.3736 between a range of 1.3718 and 1.3782 and around flat on the day. It is really more of a US dollar story than anything else on Thursday, with the markets soaking up the Federal Reserve's commitment for lower for longer rates.

In yesterday's Federal Open Market Committee minutes, various participants noted that changes in the path of policy should be based primarily on observed outcomes rather than forecasts.

GBP/USD Forecast: Pressuring weekly lows and at risk of falling

The British Pound remained among the worst performers against the greenback, as the GBP/USD pair extended its weekly decline to 1.3718, ending the day around 1.3740. UK macroeconomic data was quite encouraging, as the March Markit Construction PMI hit 61.7, improving from 53.3 and largely surpassing the expected 54.6. Concerns surrounding the AstraZeneca vaccine keep weighing on sterling, as the EMA found a “rare link” between the jab and blood clots. Nevertheless, the UK  has given at least one dose of a coronavirus vaccine to roughly 50% of the population, which brought sharply down the number of daily deaths and contagions. 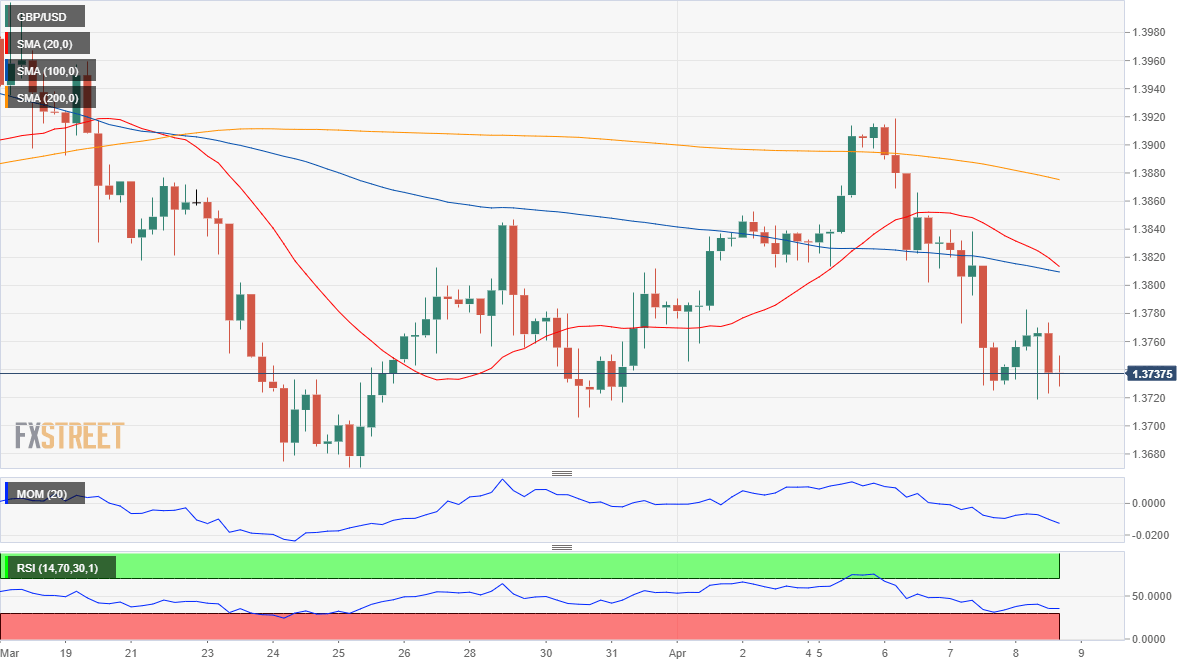