NASDAQ:PLUG has had an eventful 2021 to say the least, but that may not always be welcome news to shareholders who have been dragged along for the bumpy ride. On Wednesday, the choppiness continued for Plug as it plunged by 7.82% to close the trading session at $31.96. Shares are now trading below the 50-day and 200-day moving averages, and really have not been able to fully recover since the company announced accounting errors from previous years, even though they really had no material impact to the valuation of the business.

Earlier in the week, Plug announced that it was entering into a strategic partnership with Chart Industries (NYSE:GTLS) and Baker Hughes (NYSE:BKR) to create the FiveT Hydrogen Fund which essentially will help other firms with investments who are partaking in clean hydrogen infrastructure projects. Essentially this equates to the three companies loaning money to upcoming hydrogen projects, specifically at this time for Europe and Asia. Plug itself is putting in $200 million as a cornerstone investor, while Chart and Baker Hughes will each fund $60 million. While investors had a mixed reaction to this initially, Plug has stated that this could be a lucrative revenue stream moving into the future. 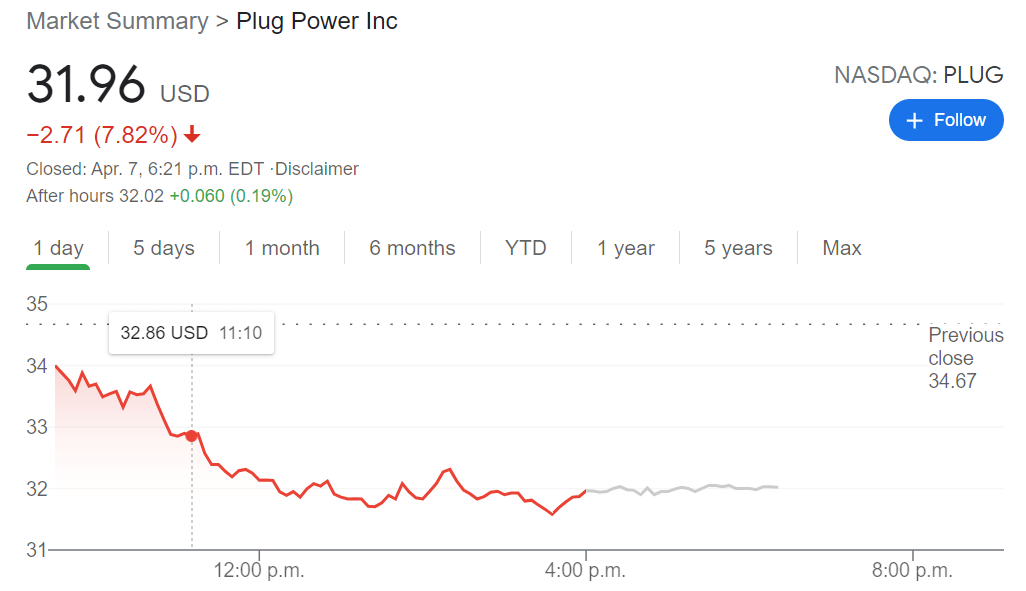 Plug also received another round of analyst downgrades, as Piper Sandler reduced the price target on Plug from $48 to $42 per share. The main reason for the downgrade is that Piper Sandler firmly believes that other less costly renewable energy sources like wind and solar, will pose a much larger challenge for Plug to overcome, than the hydrogen industry itself. The $42 price target still represents a nice 30% ceiling from Wednesday’s closing price.