Palantir stock continues to disappoint after promising so much. The last earnings release was strong, the stock broke out and consolidated before breaking higher again, and it looked on course to finally break $27.49 resistance. The move stalled and took too long, however, allowing bears the time to sell. Results on August 12 were strong with the company doubling its free cash flow forecasts from $150 million to $300 million. This set the stage for the recent advance. But one area that has caused concern for investors is the amount of stock dilution arising from the high amount of stock-based compensation in Palantir. This is a feature of tech companies though, and it does make Palantir employees invested in the growth of the company and the share price, so perhaps it is a double-edged sword. Either way the move has stalled and the momentum turned relatively neutral. The stock just took too long to break the big resistance at $27.49, which would have set it up to fill the gap at $31.34. Ironically, the gap at $31.34 was caused by results back in February.

Monday's price action saw the stock trade sharply lower from the open to a low of $25.03 before recovering steadily during the day and closing at $25.83. This was still a loss though of 1.7% on the day. The early move could have had something to do with the quadruple witching options expiry this Friday as Tesla saw a similar dump on the open on Monday (see here). Both stocks saw heavy trading in options that day. For a quadruple witching explainer, see here. In other news, Jefferies did increase its price target for Palantir on Monday, but do not get too excited by this one as it moved the price target from $30 to $31.

Palantir has now retraced much of the break above the flag pattern after results. We can see a strong support zone at $24.69. This is the point of control from PLTR's launch on the stock market. That is the price at which the most volume has transacted and so is an equilibrium of sorts. This is our buy-the-dip zone around $24. The Volume Weighted Average Price (VWAP) since the stock market launch is at $23.86, so clearly then $24 represents strong support in volume terms. As ever please use stops or some form of risk management. 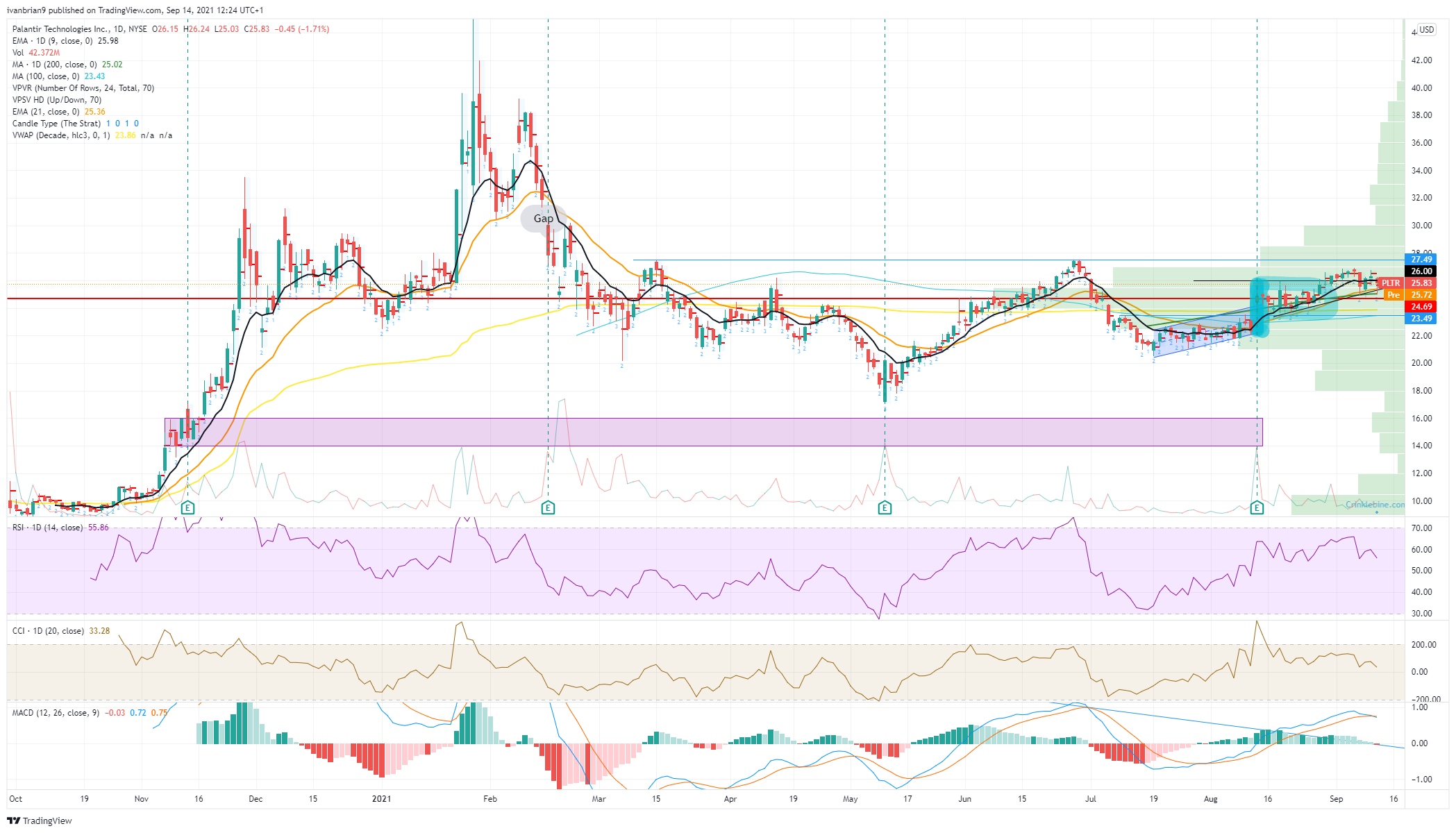