Oil benchmarks traded under pressure in Asia as traders took note of the rise in the Saudi and Russia oil shipments to yearly highs in July.

Trading data in Thomson Reuters Eikon shows that crude oil shipments by OPEC and Russia, which excludes pipeline supplies, hit a 2017 high of around 32 million bpd in July, up from around 30.5 million bpd in January.

The high OPEC supplies contradict the pledge by the OPEC and non-OPEC members to restrict output by 1.8 million bpd between January this year and March 2018. Moreover, the rise in the shipments overshadowed the US Energy Information Administration (EIA) data, which showed record gasoline demand of 9.84 million barrels per day (bpd) last week and a fall in commercial crude inventories in the week to July 28 of 1.5 million barrels to 481.9 million barrels. 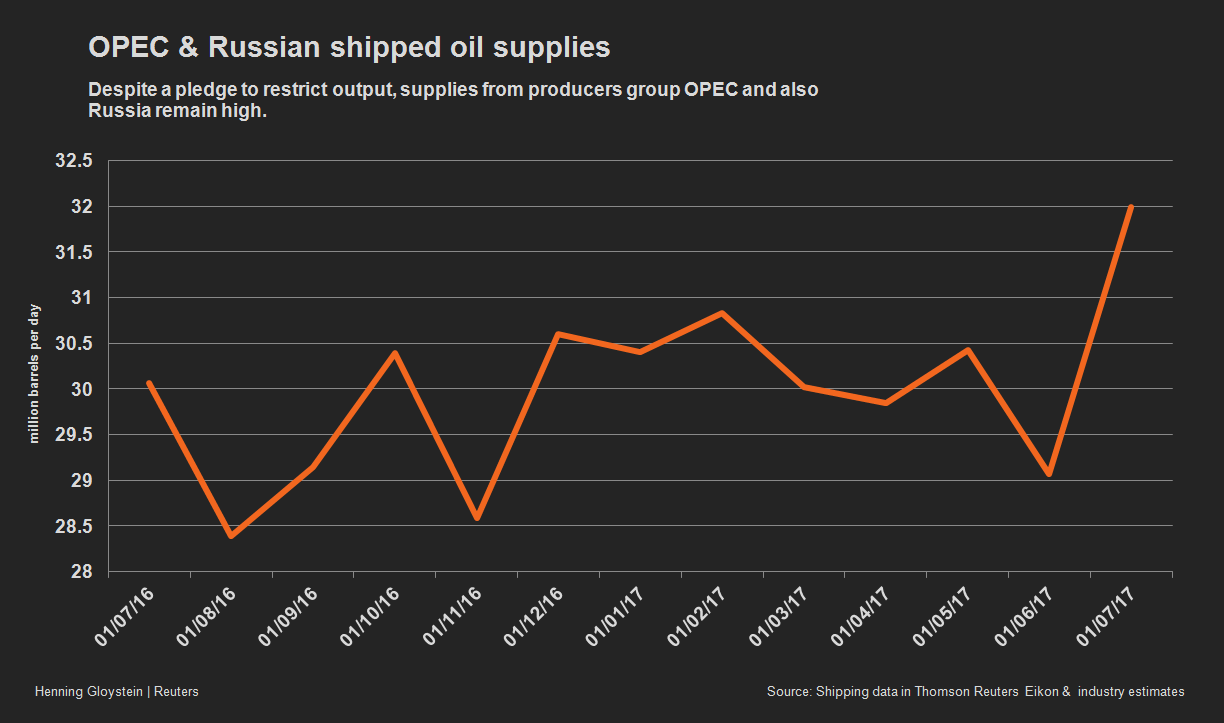