As per the prior analysis, NZD/USD Price Analysis: Bulls seek out 0.6300 while bears eye signs of distribution, the bears indeed moved in and distribution has been in play.

The tweezer top was highlighted as a dominant feature in the prior chart, a bearish candle stick combination pattern that showed sellers were in the market. 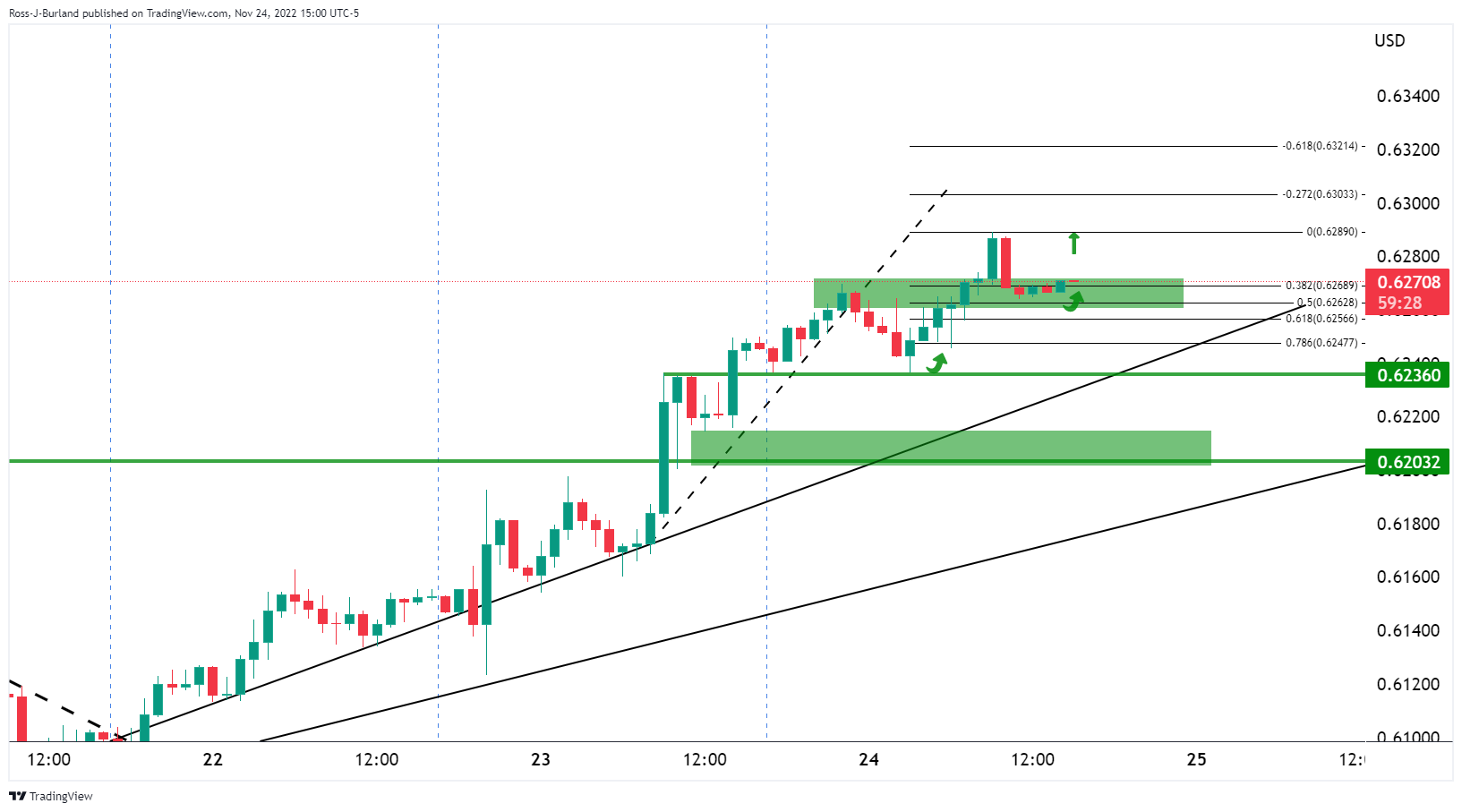 The price was now testing the next trendline support and a break there opened the risk of a move to the downside to test below 0.6250 and with eyes that were on 0.6236 as the prior lows and trendline before 0.6200:

With that being said, it was explained that it would have been unusual for the market to simply melt without a revisit to the peak formation as distribution takes a while to play out, usually as per the following topping scenario shown on the 15-minute chart:

As can be seen, the price indeed returned the upside prior to the full breakdown into 0.6200 and then to the 0.6150s. Going forward a tougher challenge awaits the beats at trendline support:

Zoomed in, the current support near 0.6150 would be expected to hold and result in a meanwhile correction. So long as 0.6200 holds, 0.6100 will be eyed on a test of the trendline support.