Lucid Group (NASDAQ: LCID), formerly CCIV, fell over 2% on Monday as the sector leader Tesla saw some serious headwinds hit the stock. Where Tesla goes others in the sector tend to follow, and so it proved with LCID shares dropping to close at $22.83. Reuters reported on Monday that "U.S. auto safety regulators on Monday opened a formal safety probe into Tesla's driver assistance system Autopilot after a series of crashes involving Tesla models and emergency vehicles."

The National Highway Traffic Safety Administration (NHTSA) said it had identified 11 crashes since January 2018 in which Teslas "have encountered first responder scenes and subsequently struck one or more vehicles involved with those scenes." Further news on Tuesday adds to the headwinds with Reuters reporting that "Five children and an adult were taken to hospital with injuries after a Tesla Model 3 crashed in a school car park in southern England on Monday, the Telegraph newspaper said." Shares in Tesla are down 1.6% in Tuesday's premarket near $675. Lucid Group is trading at $22.43 in Tuesday's premarket, a loss of $1.8%.

The uptrend in place since the middle of April is now being tested with yesterday's move to the bottom of the channel likely to see follow-up on Tuesday due to more Tesla news. Given that CCIV or LCID is a new listing, the 200-day moving average is not yet really fully formed, but this does come into play at $21.12. The key support levels to watch out for are the $20.90 low from July and the $17.25 low from May. Below $17.25 the move could accelerate as volume dries up quite a lot. $20.90 is the key level as breaking that results in the uptrend ending, creating a lower low. 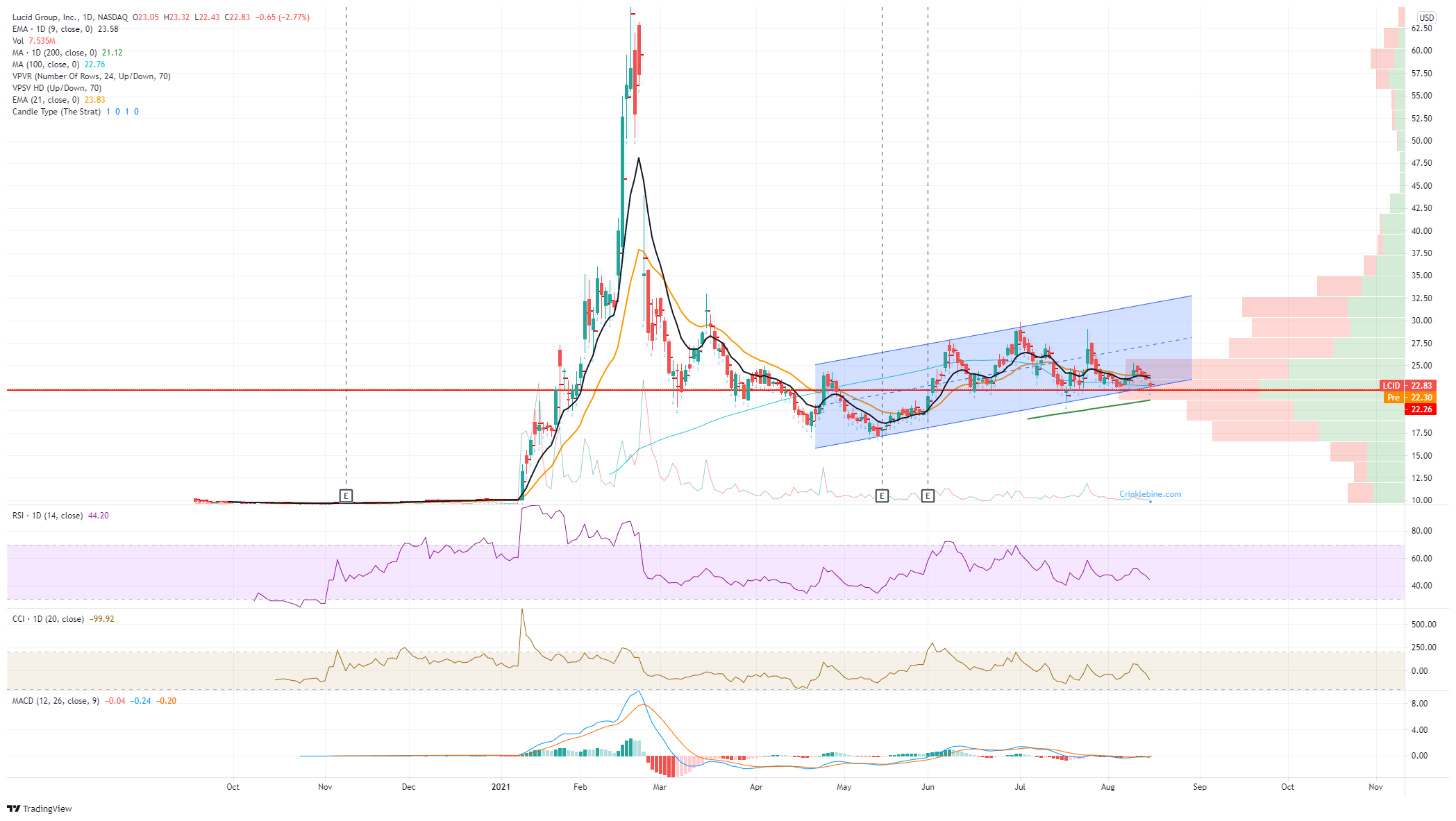