GGPI stock will likely trend on Thursday, but it has yet to be seen if that will result in a share price appreciation. While news such as a potential completion of the SPAC deal was once met with enthusiasm and a FOMO crowd rushing in, those stockmarket days are far removed from the current environment. The army of retail traders has been seriously hit by recent events and so does not wield the same power. However, this news is certainly a positive in our view and should still see GGPI stock trade higher.

The merger with Polestar via SPAC deal to take it public is finally nearing completion. Polestar is a Swedish electric vehicle manufacturer backed by Volvo and Volvo's de facto owner, the Chinese Geely Holdings Corporation. Polestar vehicles definitely have Volvo design cues to them and have been well-received by consumers and trade publications. The expansion into America is beginning to accelerate as Polestar has been selling into Europe for some time.

Now GGPI stockholders have been asked to vote at a special meeting to adopt the business combination agreement dated September 27, 2021. The company is recommending a "yes" vote. The meeting will take place on June 22.

Polestar is headquartered in Sweden and has to date produced two vehicles – the Polestar 1 and Polestar 2. The company plans to launch other vehicles annually with the Polestar 3 also imminent. Polestar has two manufacturing facilities in China and has plans to begin production at Volvo's South Carolina plant for the Polestar 3, its first SUV. The Polestar 3 is expected to use the Volvo XC60 platform.

While I have commented previously on the huge startup costs involved with auto production, I have outlined why Polestar remains one of my top picks. Largely down to its ability to piggyback on Volvo's network as outlined above. However, Polestar is not immune to the current environment and only last week was forced to slash its 2022 production numbers.

"As a result of prolonged government COVID-19 lockdowns in China during the first half of 2022, Polestar has now announced a reduction to the number of customer vehicle sales that it will be able to deliver in 2022 from 65,000 to approximately 50,000," the company said in a statement. "The reduction for 2022 is 100% attributable to the lockdowns in China. Polestar, along with its partners Volvo Cars and Geely, continues to actively manage these ongoing supply chain challenges, as it did in 2021 when the company delivered approximately 29,000 vehicles."

$10 remains support as all SPACs are required to hold $10 cash. In the event the deal falls through, this cash is returned to shareholders. 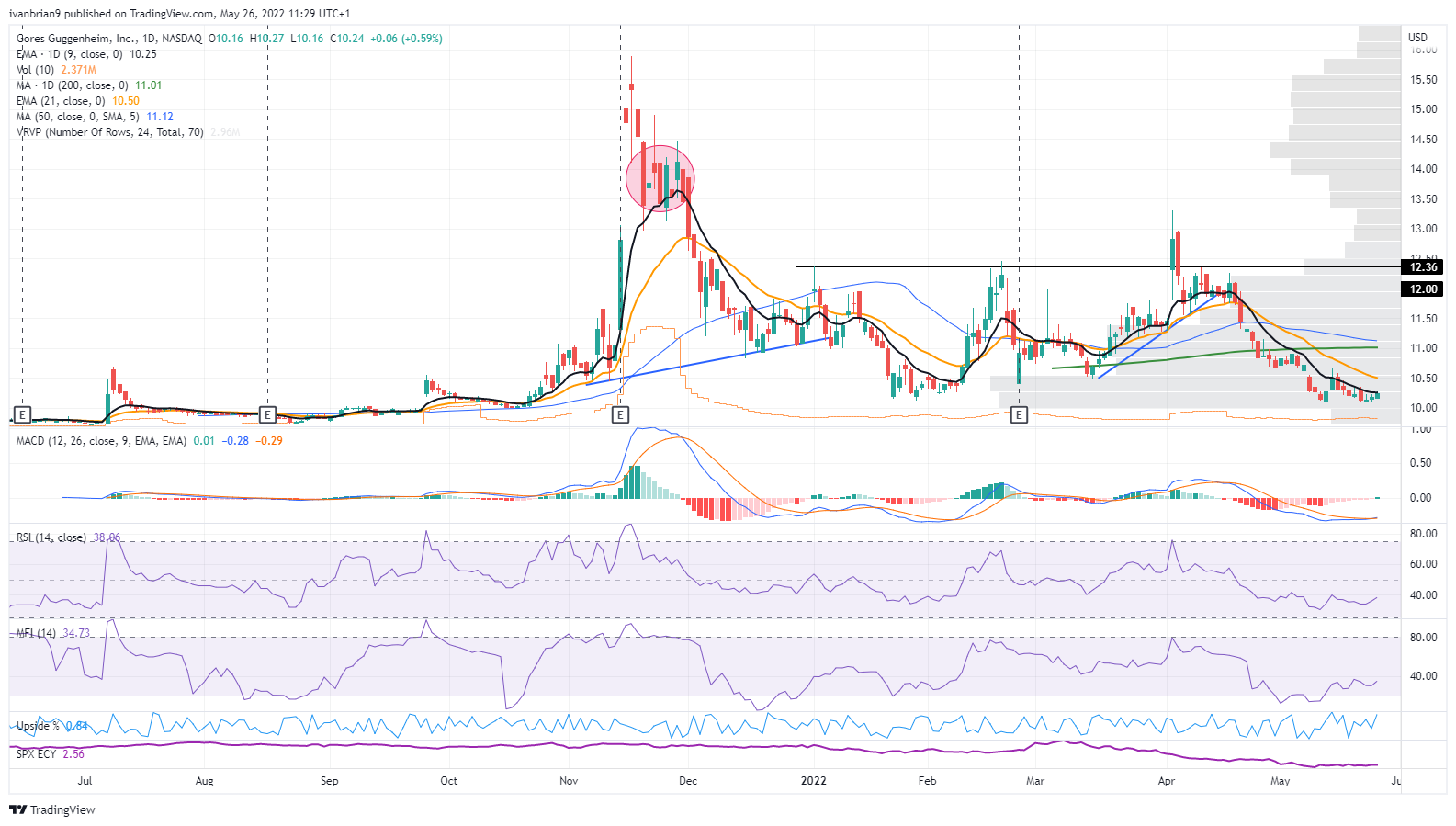 The author is long GGPI and short Tesla.