Additionally, US government bonds rose after signs of strength in the US job market outweighed an expected decline in economic growth in the first quarter. Investors therefore still expect that US rates will continue to rise and that next week's Federal Reserve meeting will bring the first of several consecutive 50-basis-point hikes.

US yields continue to advance in wake of the latest weak GDP growth data, perhaps given the inflation readings released alongside the GDP numbers were stronger than forecast (the GDP Price Index jumped to 8.0% YoY in Q1 from 7.1% in Q4). Markets seem, for now, to have remained confident in the story that the Fed will rapidly raise interest rates in the coming months to get them back to neutral (around 2.5%) by the year's end.

That may keep US yields and the US dollar underpinned for now, which may make a recovery in XAU/USD back above $1900 a challenge. But if the US economy does fall into recession at the start of 2022 (two consecutive quarters of negative growth are classed as a recession), then that man deter the Fed from lifting interest rates substantially above the so-called neutral rate of 2.5%.

If the Fed does become increasingly concerned about growth and less willing to tighten to combat inflation, this could be a positive for gold in the long-run. For now, though, the buck's bull run looks unstoppable, suggesting now isn't the time to start betting on a rebound in gold just yet. When the dollar appreciates, it makes USD-denominated commodities more expensive for international buyers, thus reducing demand.

''The outlook for investment demand also remains muted, with gold bugs staring down the barrel of a hawkish Fed, while safe-haven flows associated with the war in Ukraine begin to fizzle out,'' analysts at TD Securities argued.

However, the technical outlook could be starting to paint a different story. 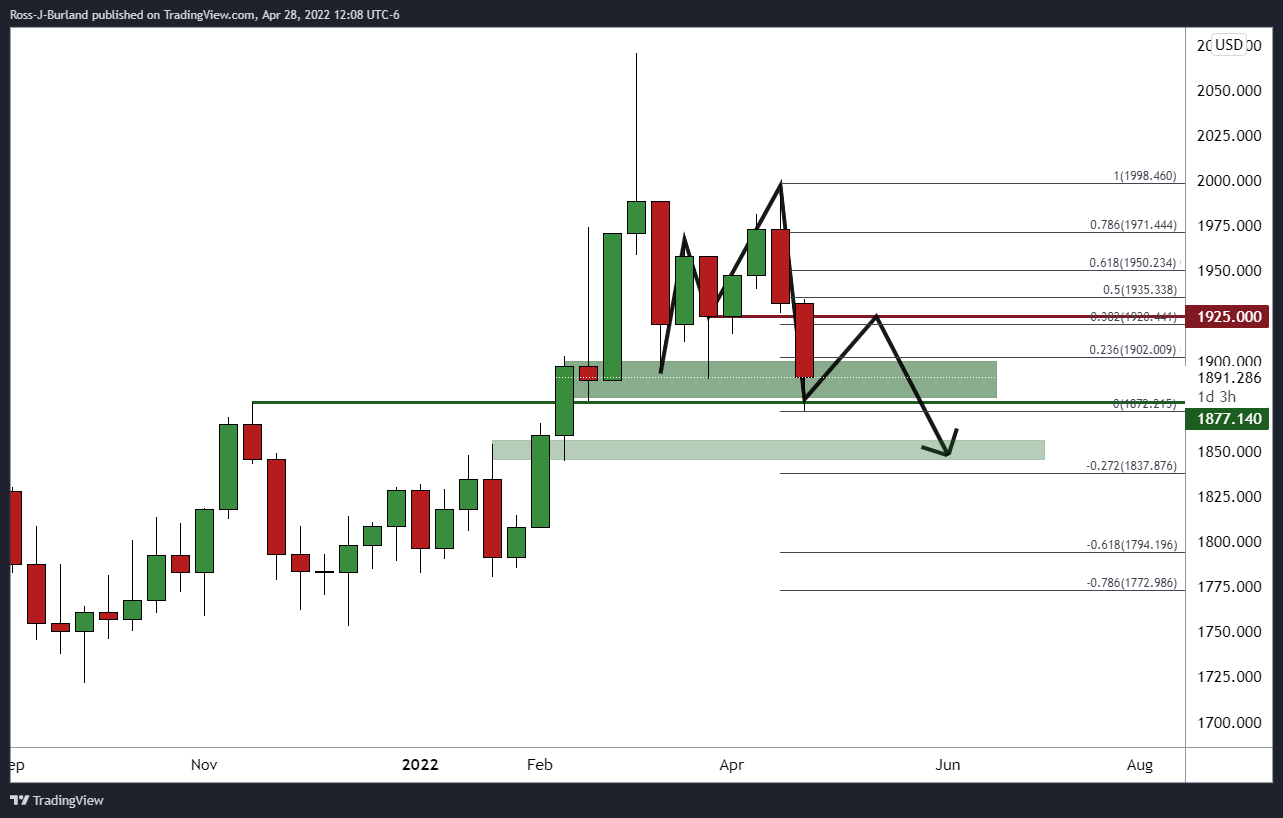 From a weekly perspective, the price has carved out an M-formation. This is a reversion pattern, and while potentially still premature in its evolution, it is one nonetheless. Should the current support area hold, the neckline could draw in the bulls where it has a confluence with the 38.2% Fibonacci retracement of the bearish weekly impulse near $1,925. In doing so, this could then accumulate enough liquidity for the bears to move in again and see to a downside extension towards the next layer of presumed support around $1,850.

On the other hand, if this support does give out, then the $1,850 will come a lot sooner and we will be looking at a bigger M-formation as follows: 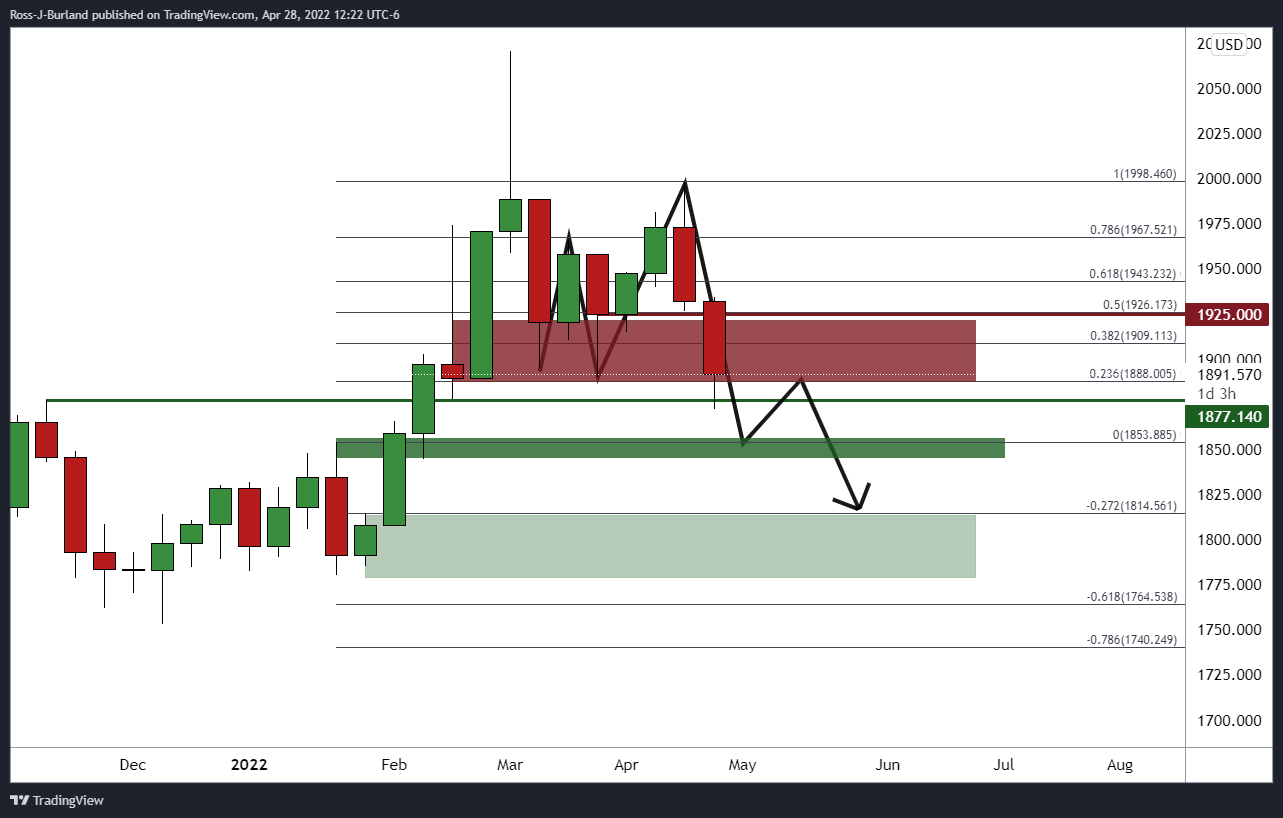