Gold Price (XAUUSD) struggles to recall bulls as the metal eases back to $1,840, after a failed attempt to pause a two-day downtrend. Even so, the yellow metal remains unchanged on a daily basis heading into Tuesday’s European session.

Bears run out of steam amid sluggish markets

Even if the metal remains pressured around the weekly low, the buyers are confused amid mixed signals affecting the market’s risk appetite. Among them, the sluggish performance of Asia-Pacific shares joins the firmer US Treasury yields and downbeat S&P 500 Futures to portray the market’s mood. 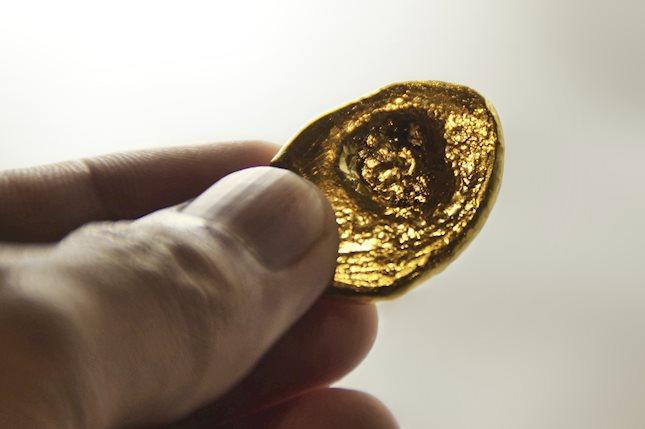 Options market catalysts also exert downside pressure on the bullion. That said, the one-month risk reversal (RR) on the Gold Price, a spread between the calls and puts, dropped the most in a fortnight by the end of Monday, with the latest figures being -0.090, per Reuters’ data on the options market. In doing so, the XAUUSD RR also drop for the third consecutive week.

China Securities Journal (CSJ) praised the country’s virus control and policy stimulus while expecting economic improvement in the second half (H2) of 2022. Previously, Beijing’s ability to overcome the pandemic and citing preparations to recover from the economic loss with faster unlocks joined US President Joe Biden’s likely easy stand for China, as far as showing readiness to remove Trump-era tariffs, seemed to have favored sentiment and challenge XAUUSD bears.

US inflation, ECB remain in the spotlight

Friday’s strong US Nonfarm Payrolls (NFP) and the last dose of hawkish Fedspeak before the blackout norm have already bolstered the calls for the Fed’s 50 bps rate hike in September, to around 70% versus nearly 30% a week ago. The same highlights Friday’s US Consumer Price Index (CPI) data for May, expected 8.2% YoY versus 8.3% prior, to prove the market forecasts right and exert an additional downside burden on the Gold Price.

Additionally, the European Central Bank’s (ECB) monetary policy meeting, up for Thursday, is less likely to offer any rate change. However, the recently hawkish rhetoric among the policymakers highlights the need for the clues supporting the July rate hike, which in turn might favor the gold sellers.

Gold bears run out of steam inside a bearish chart pattern, namely a rising wedge. However, downbeat RSI (14), not oversold, join the metal’s failures to cross the 100 and 200-SMAs to keep the sellers hopeful.

That said, a clear downside break of the $1,840 appears necessary to confirm the rising wedge breakdown and aim for the fresh 2022 low, currently around $1,780.

Additionally, the upper line of the stated wedge, near $1,885, also tests the gold buyers before giving them control.

Gold gets rejected, but bulls could retry

AUD/USD under pressure below 0.7100 amid China concerns, USD rebound

Gold price has dropped to near $1,785.00 after surrendering the critical support of $1,788.00 in the Asian session. The precious metal has entered into a healthy correction phase after printing a fresh monthly high at $1,807.96 on Wednesday.