As per the prior analysis, GBP/USD continues to slide below 1.2000 and the coil, GBP/USD remains on the backfoot while gathering bearish momentum and leaning against a bearish structure below the psychological 1.2000 level. The short-term dynamic support was broken in prior sessions as fears of a lengthy UK recession are still seen weighing on sentiment.

It was stated that the bears were moving on the trendline support and were breaking out of a coil. A 100% measured move of the range was to target the prior structure at 1.1900 and then a 200% measure move aligns with 1.1800. 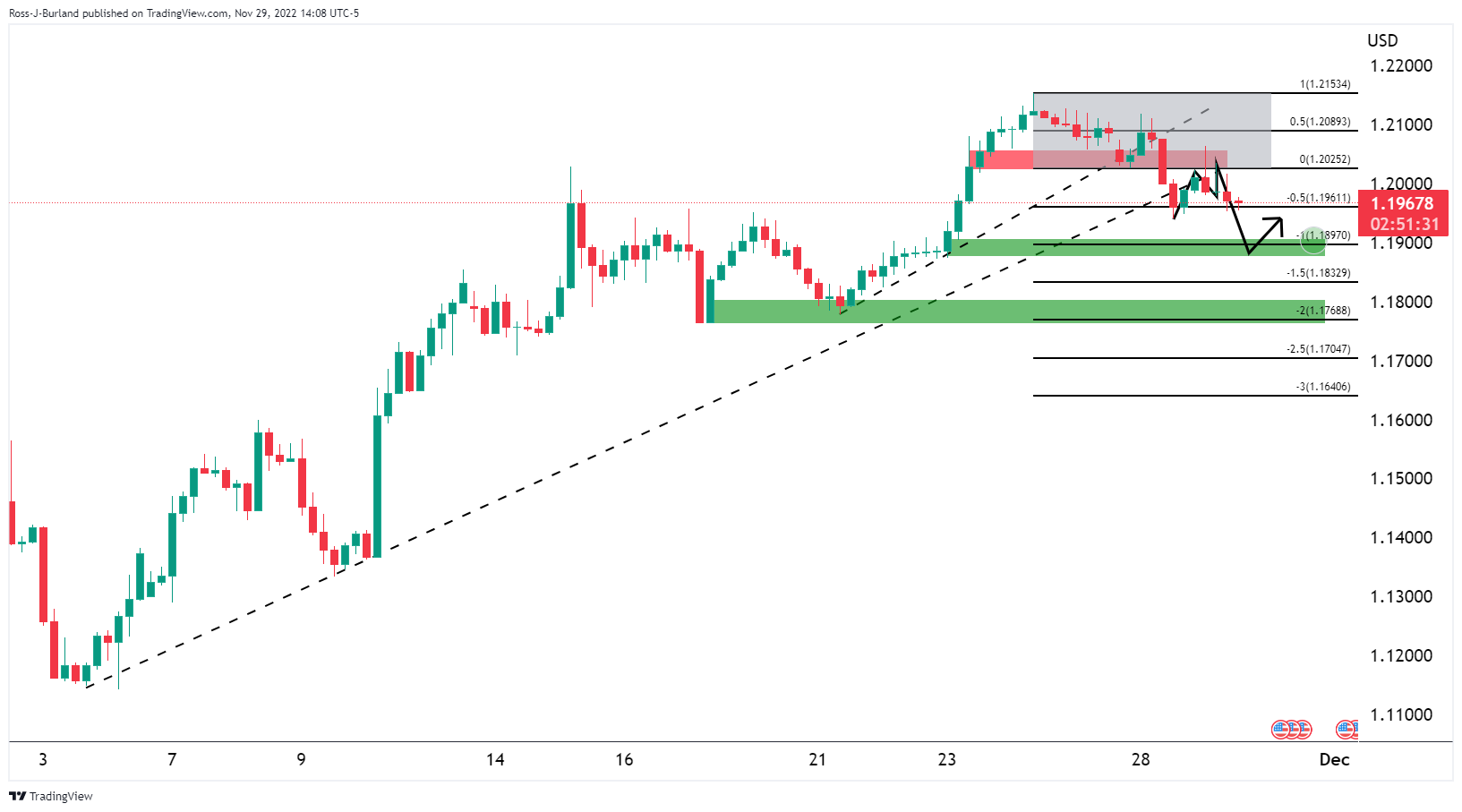 The price broke the trendline, corrected and is now forming a bearish continuation structure: 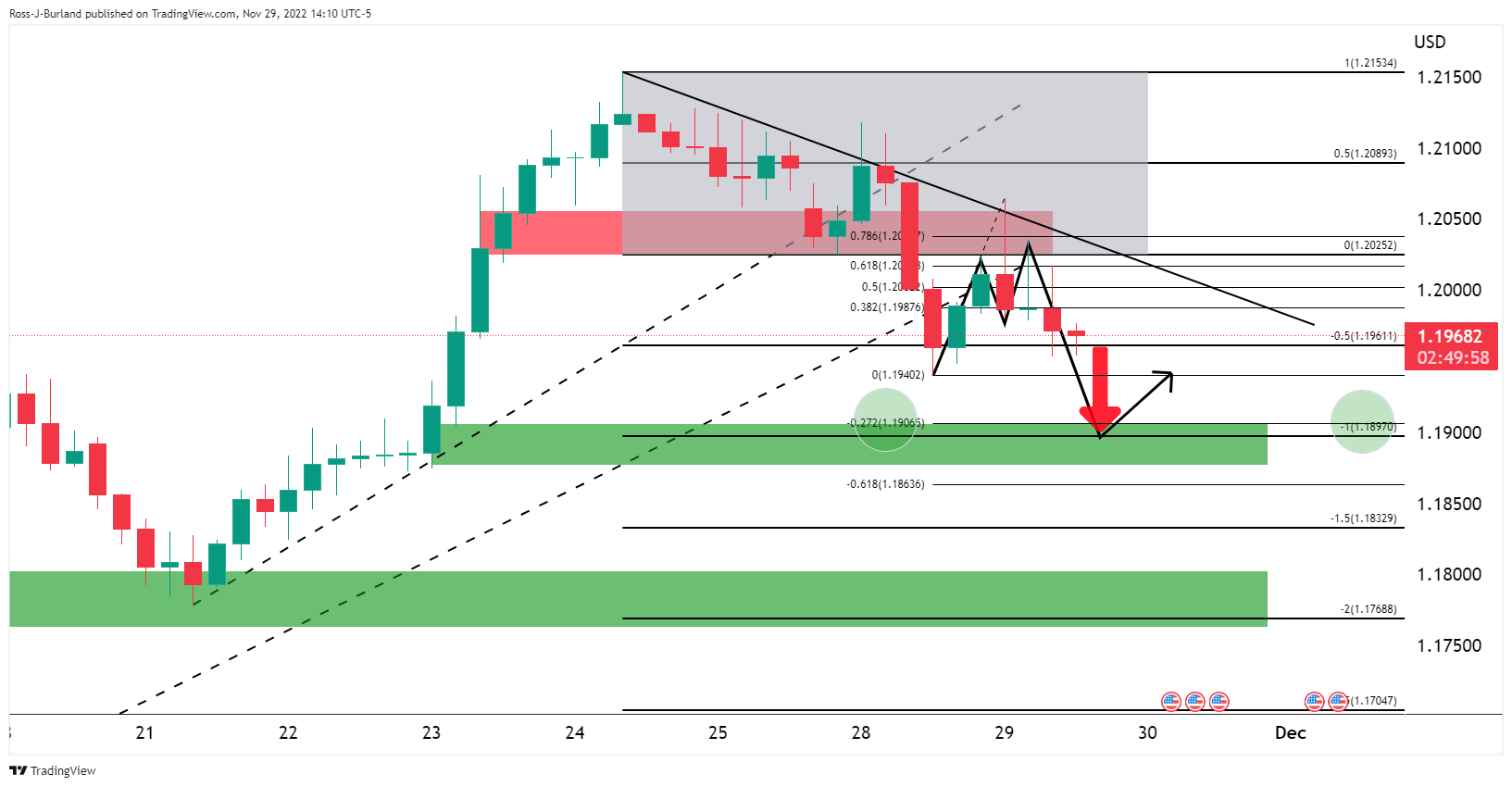 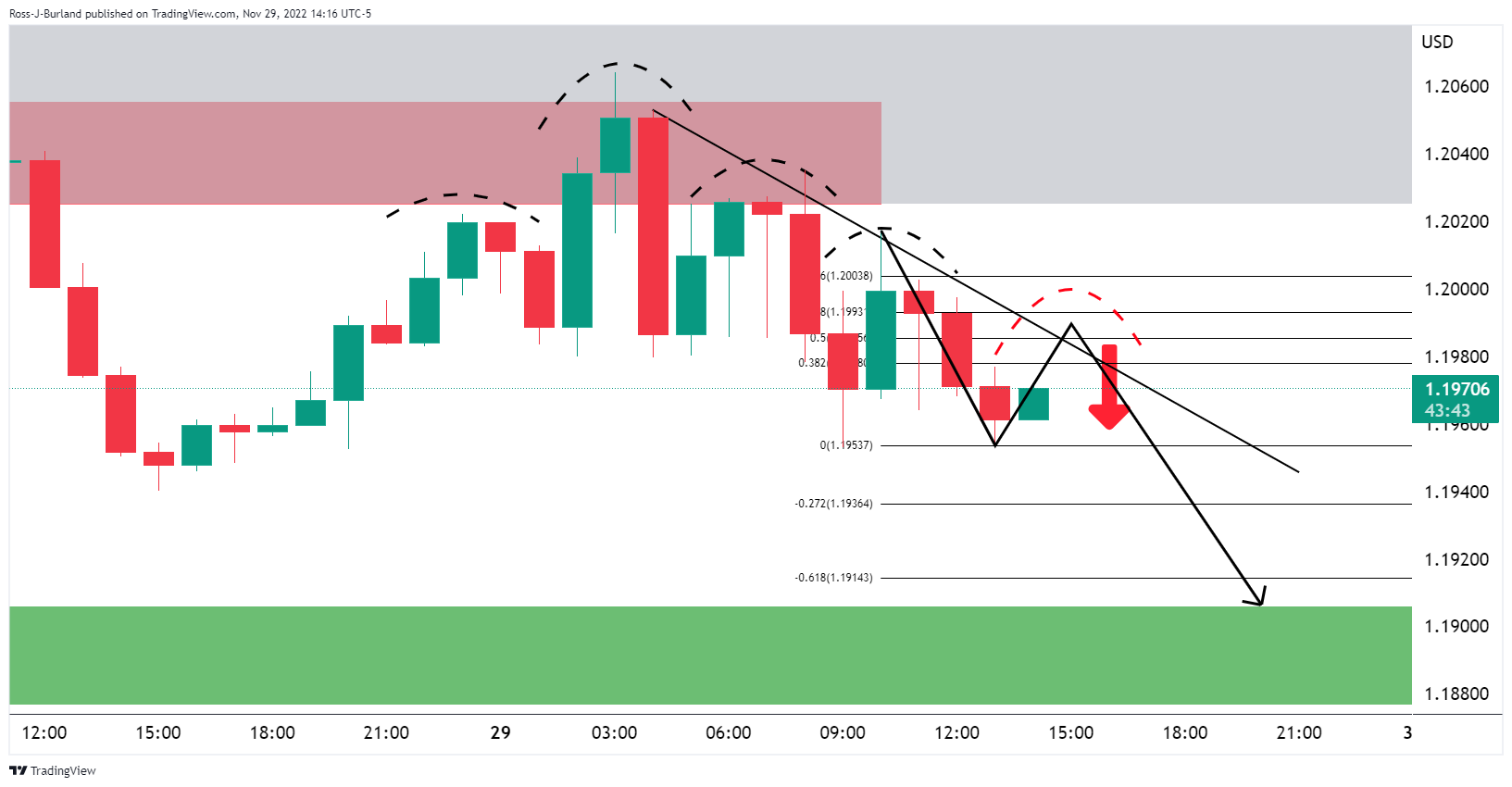 Meanwhile, a micro correction on the hourly chart is underway. However, while below the trendline resistance and neckline of the H&S pattern, the bias remains firmly to the downside.