GameStop (GME) fans and traders may not like the sound of this, but it appears the stock has confirmed the double top we alluded to earlier in the week with yesterday's fall. While markets are closed today Thursday and are likely to see light volume in a reduced session on Friday, this remains a bearish picture.

A bizarre twist has developed in the David vs Goliath saga of the GameStop short squeeze seen earlier this year. According to a Benzinga report, a group of individuals called ConstitutionDAO pooled together via crowdfunding to attempt to buy a copy of the US Constitution. However, the Benzinga report states that the group lost out to Ken Griffin. It is not major news for the underlying stock but remains an interesting sidebar.

The stock itself has little in the way of fundamental news flow. That is part of the problem. Momentum stocks need momentum, and when it stops so does the share price. That is what is happening across multiple names such as AMC, Rivian LCID, and others. The next event of note will likely be earnings from GameStop on Wednesday, December 8.

,Gamestop (GME) shares have been fairly rangebound between $220 and $240 and have moved through this range over the last week. There is a lot of volume at $210, indicating a support of sorts. 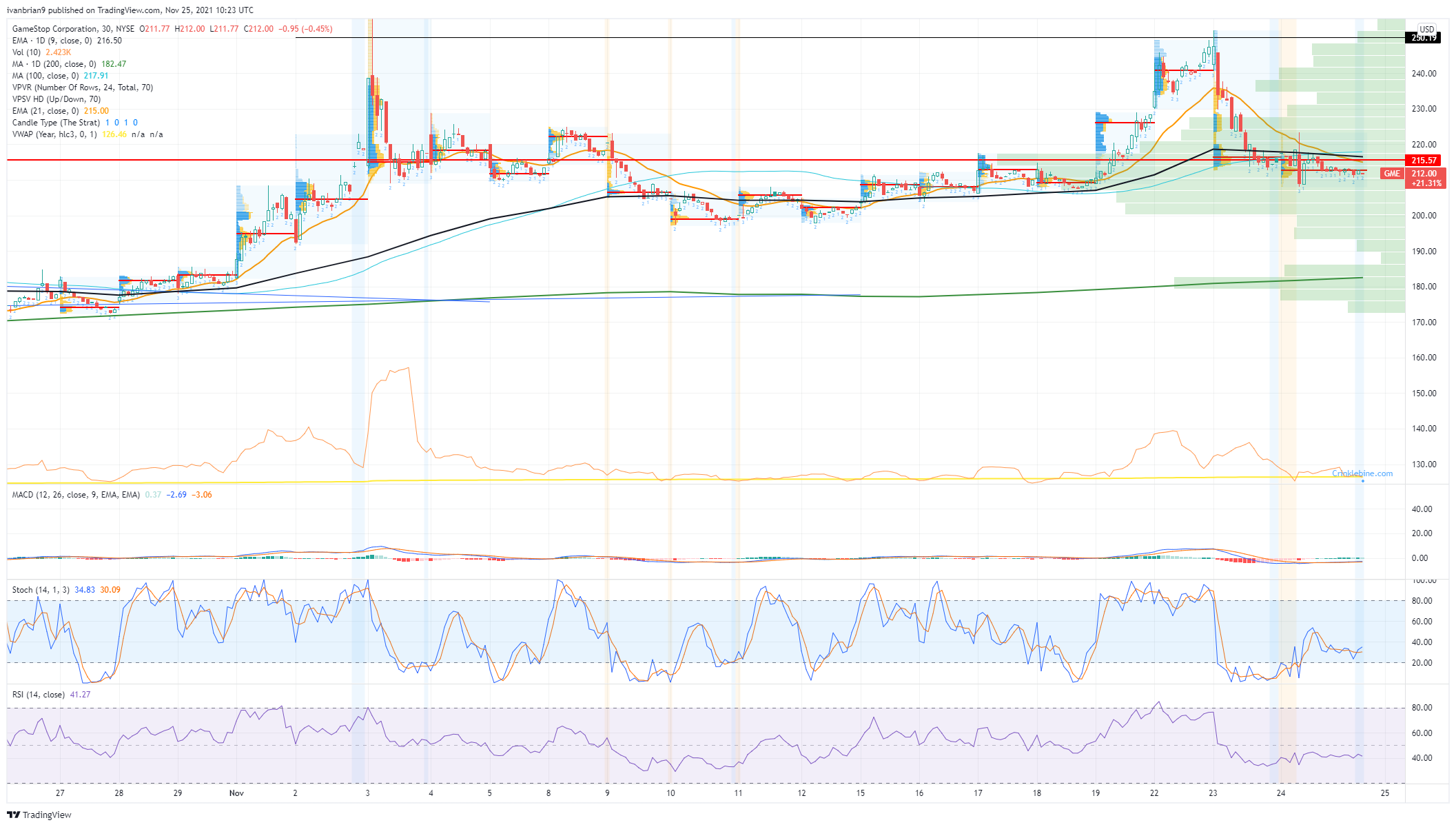 The daily chart though is where the bearish double top is on show. The target of a double top or bottom is the retracement amount between both peaks or the valley. In the case of GME that is $50, so a break of the valley floor at $200 gives a target of $150. Only by breaking $250 in the next few sessions can this double top be discounted. 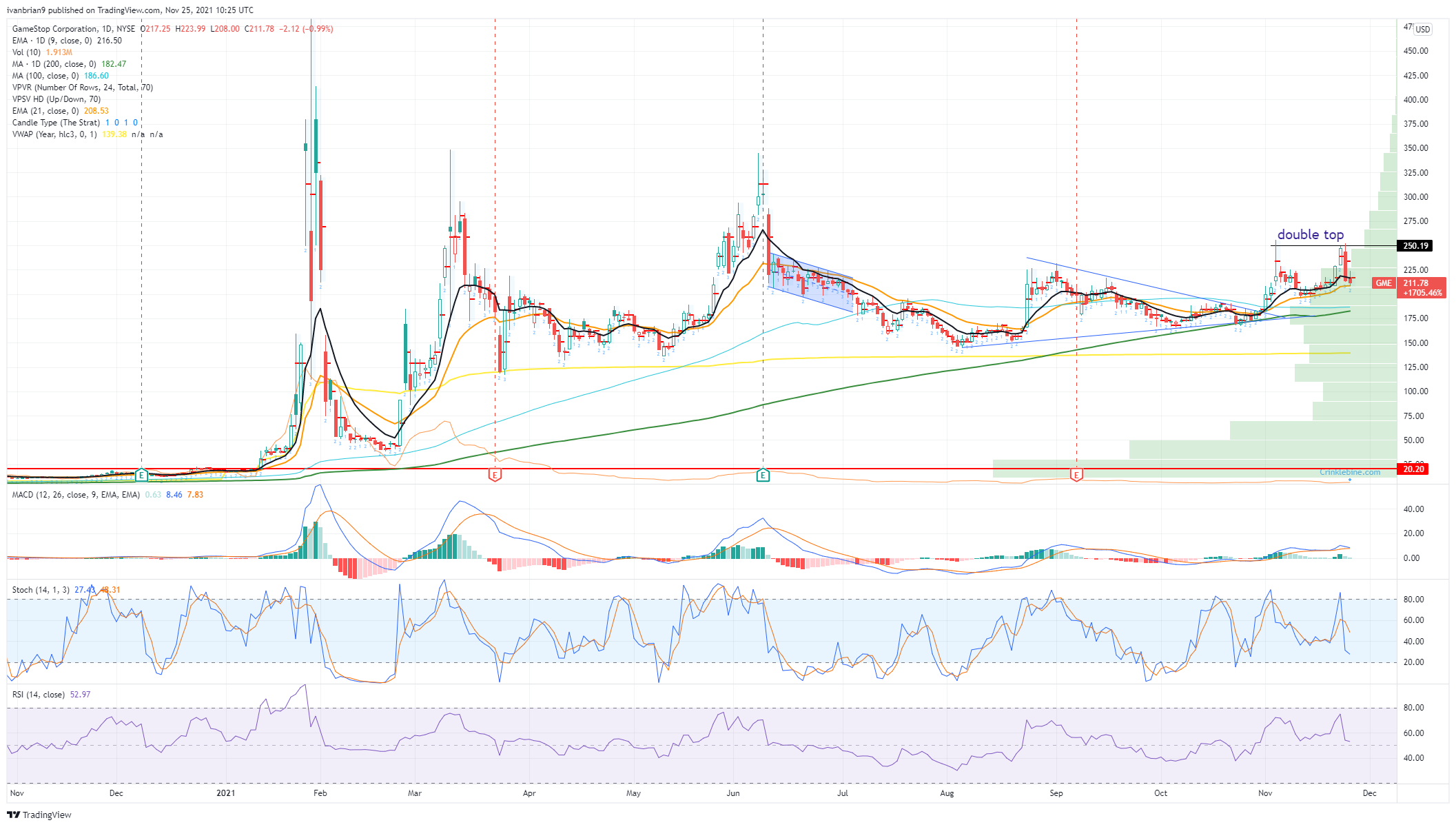 EUR/USD is testing bullish commitments and there are prospects of more to go to the downside. EUR/USD is attempting to correct higher but is facing pressure from the bears. Bears are looking to the 1.12 figure as a target.

GBP/USD grinds lower despite picking up bids to 1.3250 during Wednesday’s Asian session. The cable pair remains pressured for the last one week around the 20221 bottom. In doing so, it forms a bearish chart pattern called pennant and keeps the sellers hopeful. Also favoring the bears is an absence of the oversold RSI.

Spot gold seesaws within familiar levels, trading at the upper end of its latest range at around $1,786 a troy ounce, marginally higher for the day. The bright metal bottomed at 1,772.05, as the greenback appreciated ahead of Wall Street’s opening alongside US government bond yields.

Bitcoin gets a big bounce off the $44,000 value area, moving more than $7,000 higher. ETH is now sandwiched between solid support and strong resistance. XRP has one of the most potent and sought-after bullish reversal candlesticks forming on its chart: the hammer.