GameStop (GME) stock surged in early January but has since slumped consistently. At least some volatility returned to the name. GameStop was the original meme stock but has been suffering of late as investors turn their backs on high growth and high-risk names.

A pop of 7% on January 7 has been about as good as it gets so far this year for GameStop (GME) holders as the stock exhibits more signs of dwindling interest in the meme stock space. The Wall Street Journal did report on January 7 that GameStop was entering the NFT and cryptocurrency market. This has echoes of another meme stock, AMC. It may smack of desperation or even bad timing given the crypto and NFT craze has also retreated in line with meme stocks. Or it may be a shrewd move. Time will tell, but so far the shares have not given the news much traction.

Interest did spike in GME on the back of the mega-deal from Microsoft (MSFT) offering up $69 billion in cash to buy Activision (ATVI), but GameStop is merely a powerless bystander in the acquisition fervor sweeping the gaming sector. GameStop (GME) jumped to the top of WallStreetBets mentions, but this has not seen the correlated share price uptick. In fact, GME shares are down 17% in a week. That takes losses so far for 2022 to nearly 30%. One year on and it does not look like history is going to repeat itself.

Video game sales data out yesterday was not exactly comforting with the figure in December down 1% following November's 10% fall.

The chart is still highly bearish, which was triggered after the double-top formation. This played out and reached our $150 target and then some. Now GME has broken the $118 level, which brings $86 firmly into focus as the next major target. Obviously, $100 along the way will generate headlines, but this is purely psychological. We also note the volume gap from $110 to $70 that could accelerate the move. Bearish unless $160 is broken. 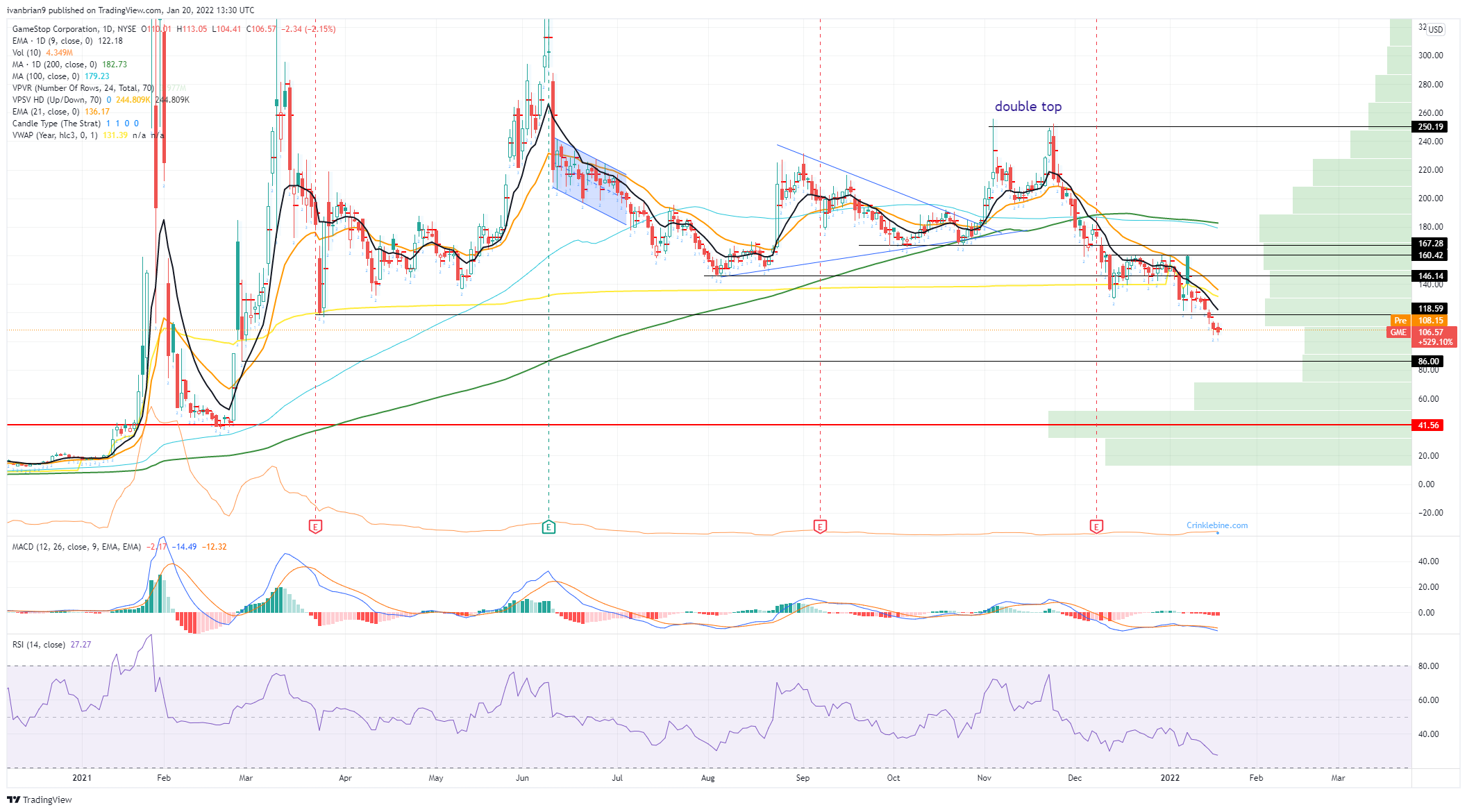