As per the prior analysis, EUR/USD bears seeking break of 4-hour support, the euro has indeed melted to the downside following a breach of the 4-hour support.

Bears have been monitoring for a shorting opportunity from within the build-up of lower highs within the daily correction that had been losing momentum in prior sessions.

From a lower time frame, such as the 4-hour chart, bears were monitoring for bearish structure on a break of the support as follows: 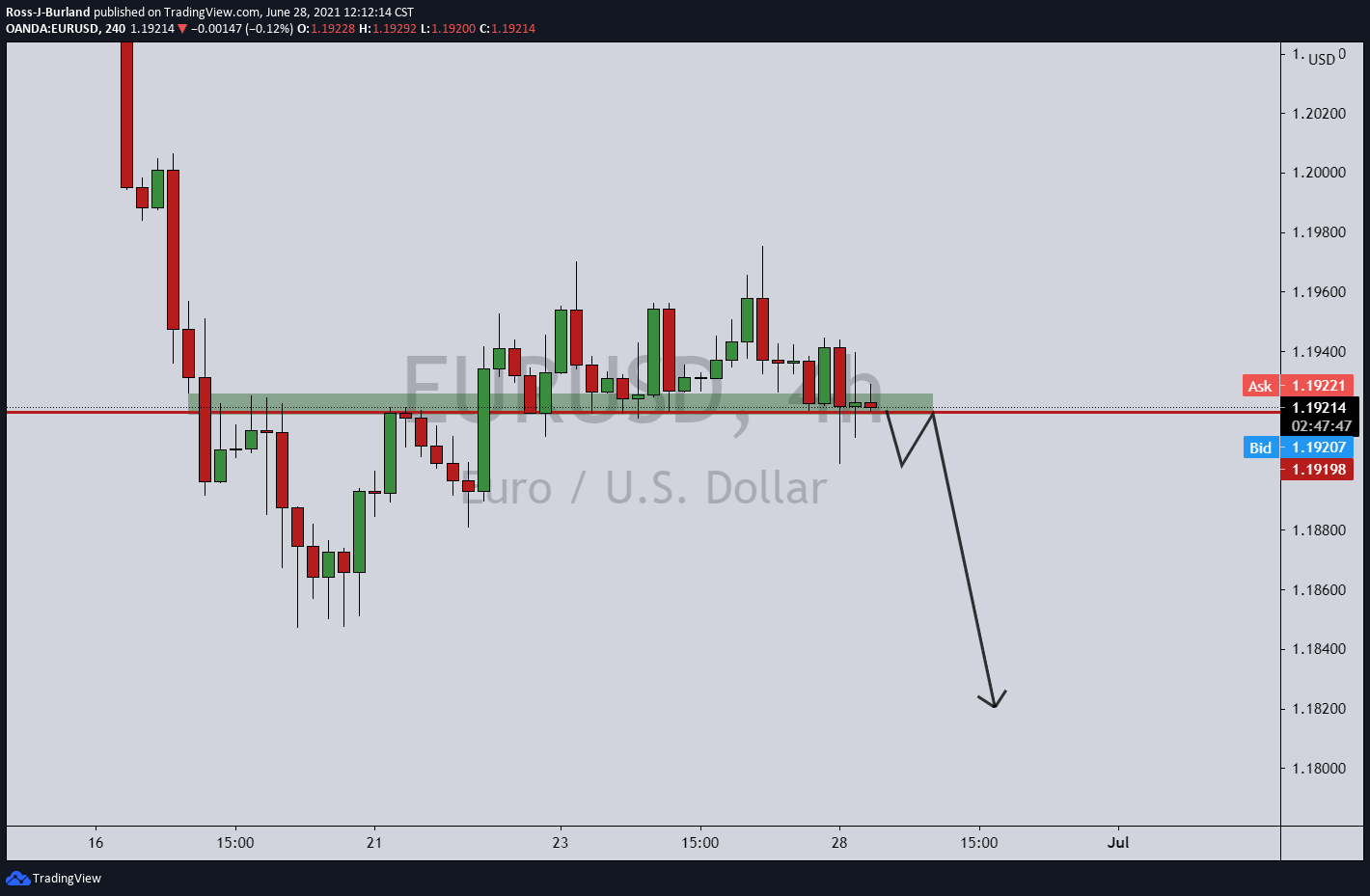 ''While the support holds, there is still a high probability that the price will remain contained between there and resistance in a sideways channel.

However, on the break of support, the bias falls heavily into the bear's hands for a downside extension.'' 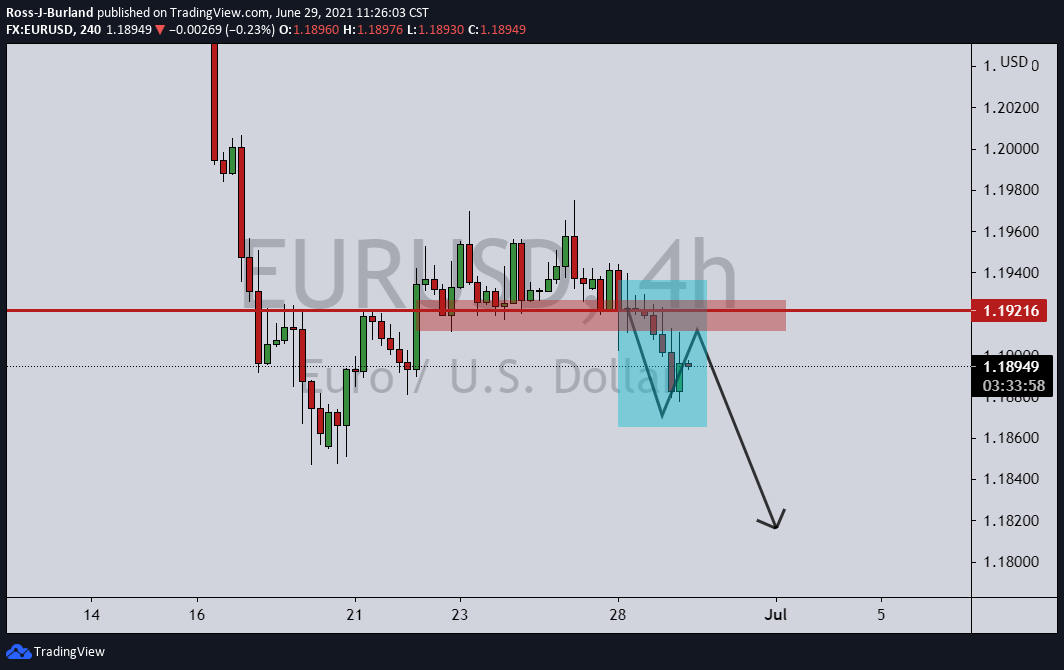 On the break of the 4-hour support, the zone will now be expected to act as resistance and so far it has.

Corrections are stalling below and thus forming a new bearish structure and confirmed resistance between 1.1912/23.

There is now a high probability that the price will continue to melt and make for a daily downside extension towards 1.1805/12 as follows: