EUR/USD has been higher by some 0.7% in late North American trade as the bulls commit to trendline support, so far. However, the single currency is well below the start of the week's highs and peak formations are being printed on the hourly chart. The following illustrates a bearish bias from a short-term perspective as markets await the US inflation data on Tuesday: 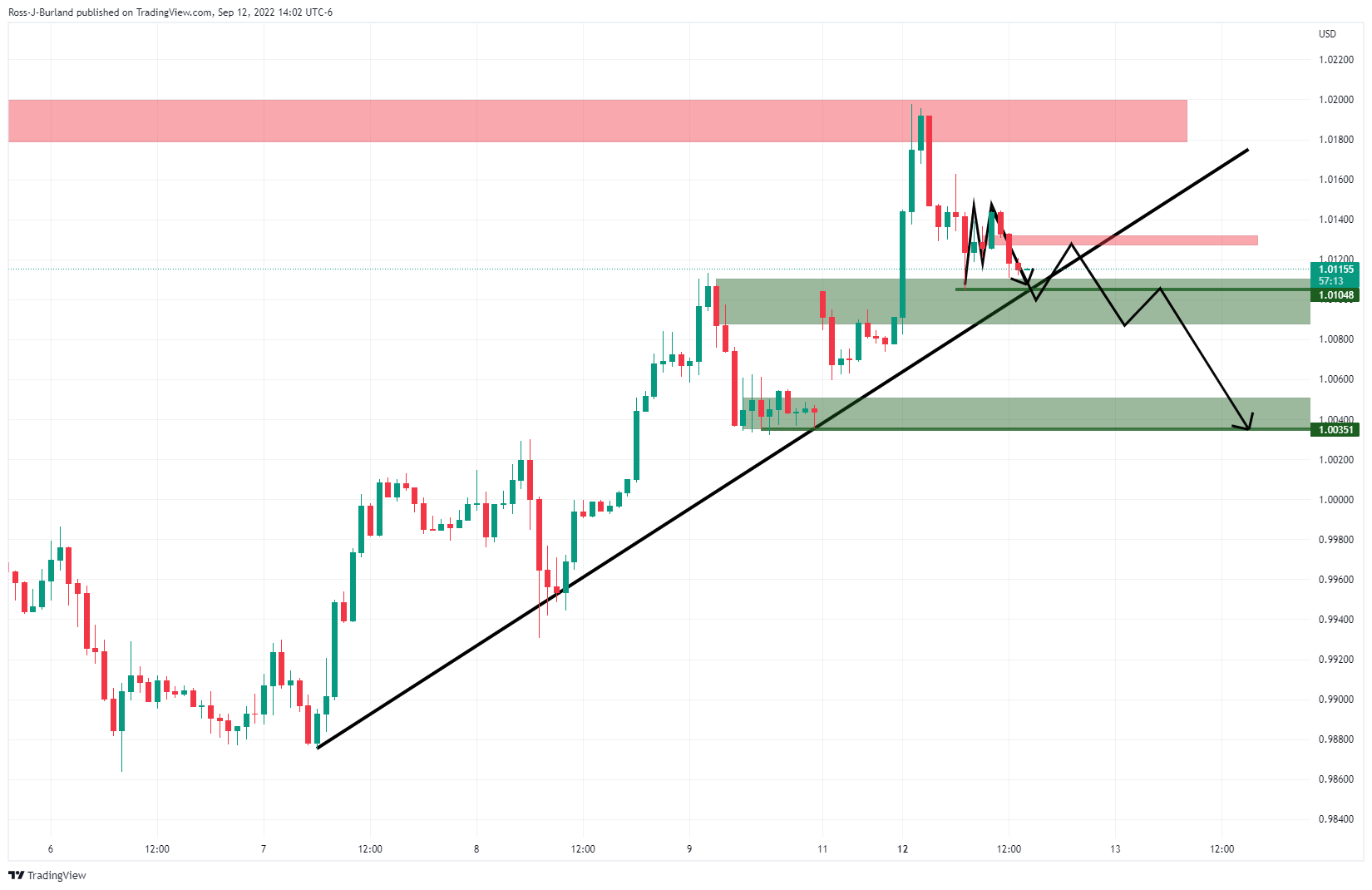 The price has formed a peak formation near 1.0200 and again at 1.0150 with the M-formations. While below 1.0130, this leaves the focus on the downside for the sessions ahead. The above chart illustrates the potential flight path for the single currency with 1.0050/35 eyed as a potential downside target and structure respectively.

First, 1.0105 needs to give. A retest of the current M-formation's neckline could be first in line and if that were to hold, the bears will have the ammunition required to take on the bull's commitments around 101 the figure.