The US dollar's relationship with yield differentials is out of synch and this has been the case since the start of the year. The dollar has declined while higher yields and a widening on the Bunds and US Treasuries yields would usually send money into the dollar, but that has been far from the case and this peculiarity is extending through the month of Feb despite the prospects of a faster pace of Fed hikes.

What is driving the downside?

Markets are finally pricing in a harder landing for the US economy. We have seen a downgrading in GDP forecasts from various models and sources, while at the same time, inflation is rearing its ugly head. The Fed* has a massive challenge on its hands if trying to normalise policy by hiking interest rates and simultaneously reducing the balance sheet despite the twin deficits and foreign borrowings.  For the dollar, with the government planning on spending its way into achieving higher growth and with Trump's protectionist policies, the perception is that such objectives and only likely to be achieved through a weaker dollar.

*In respect to US 10yr treasury yields, these initially rose to the highest since Jan 2014 at 2.94% in European trade before sliding to 2.89% in NY. Fed fund futures yields point to a rate hike in March while it looks questionable if the Fed will hike a further two or three times this year.

The Analysts at ANZ argued that the January core PPI confirmed inflation pressures are building in the US. February business surveys highlighted a spike in input costs. US industrial production growth moderated. "The US PPI ex-food and energy firmed to 0.4% m/m (market 0.2% m/m) reinforcing the message from yesterday’s stronger-than-expected CPI. The Philadelphia Fed index rose, with prices paid spiking and new orders more than doubling. Empire Manufacturing was a little weaker but prices paid rose to the strongest in six years and new orders and employees rose. On the other side of the coin, industrial production growth unexpectedly dipped in January," the analysts explained.

The CPI report and retail sales did the most damage this week but there is going to be more data to come on Friday with Jan housing starts and Feb consumer sentiment from the University of Michigan.

While below the psychological 90 level, the risk is to the downside although the hard line of support has been met in the 88.50's where the dollar has bounced from. The next level of support is 88.36 and last defence for 85.00. 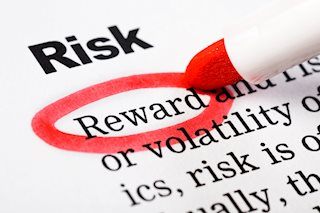