Copper prices regain upside momentum, up 0.41% intraday around $4.20, ahead of Tuesday’s European session. In doing so, the red metal rises from the second consecutive day following its drop to the lowest since April 14.

The upside momentum takes clues from the bullish MACD, as well as a clear break of a one-week-old support line, previous resistance.

That said, copper buyers are en-route to an immediate horizontal resistance of around $4.31. However, the commodity’s further upside will be capped by the key $4.42-44 area, comprising lows marked since May 24.

Should the bulls manage to keep reins beyond $4.44, the monthly high near $4.63 will be in focus.

Meanwhile, a downside break of the nearby support line, around $4.16, should recall the bears targeting the mid-April lows near $3.98. During the fall, the $4.00 threshold may entertain the copper bears.

To sum up, copper sellers take a breather but the commodity’s further upside had a bumpy road going forward. 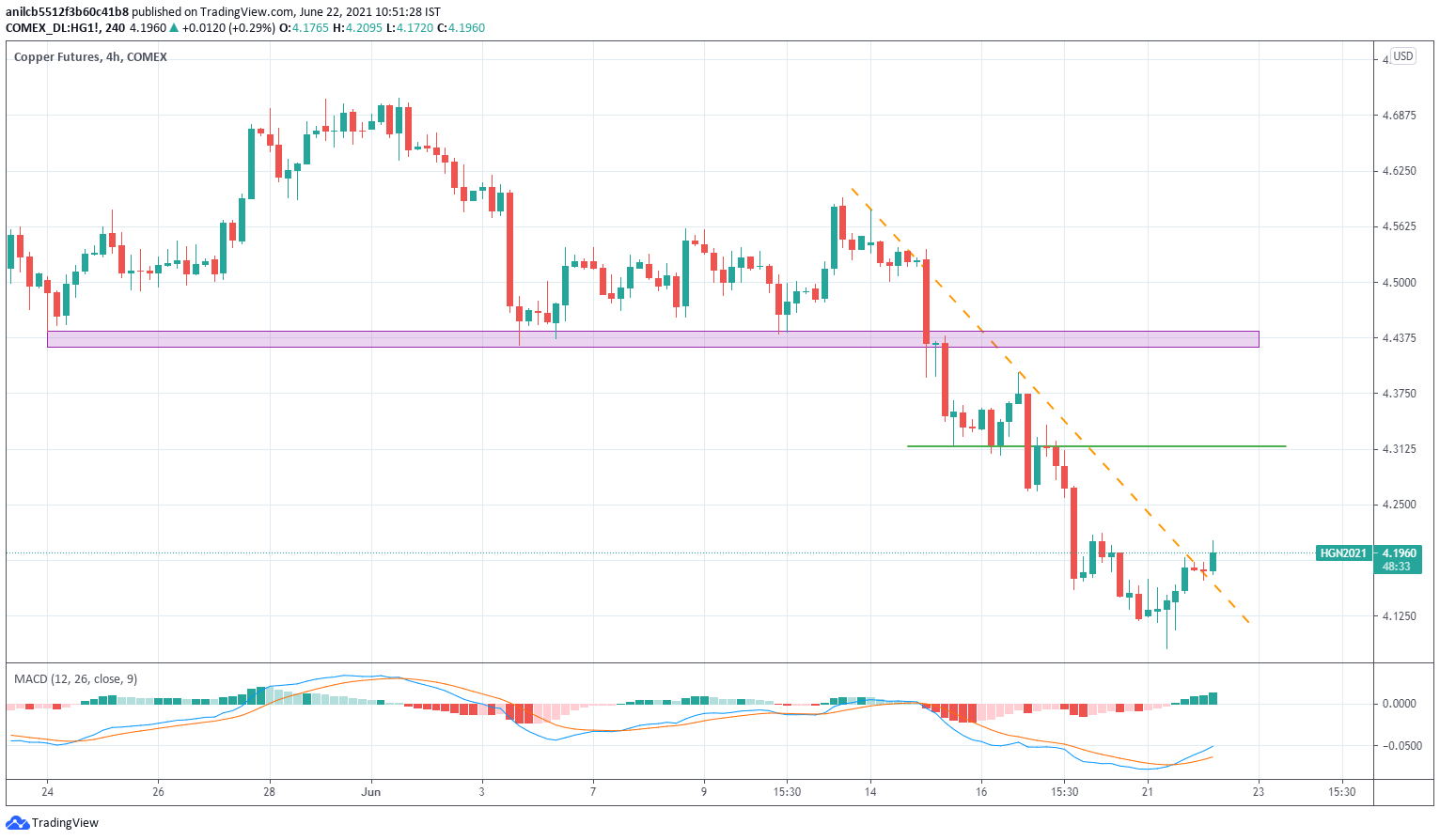