Copper futures are dropping to two-month lows at $3.4165, down almost 3%, on fears that China’s manufacturing activity contracted for the first time in three months, alongside expectations of a US economic deceleration prompted by the US Federal Reserve tightening monetary policy conditions.

Additionally, broad US dollar strength, alongside newswires that China’s Chengdu announced a lockdown of its 21.2 million residents, is a headwind for the red metal.

The Copper daily chart depicts the pair as neutral-to-downward biased. It’s worth noting that the last copper article that I wrote noted that “the Relative Strength Index (RSI) recorded a successive series of lower highs, contrary to price action, meaning that prices are about to edge lower.” Since then, Copper tumbled below the 20 and 50-day EMAs, from around $3.6970. to $3.4105. 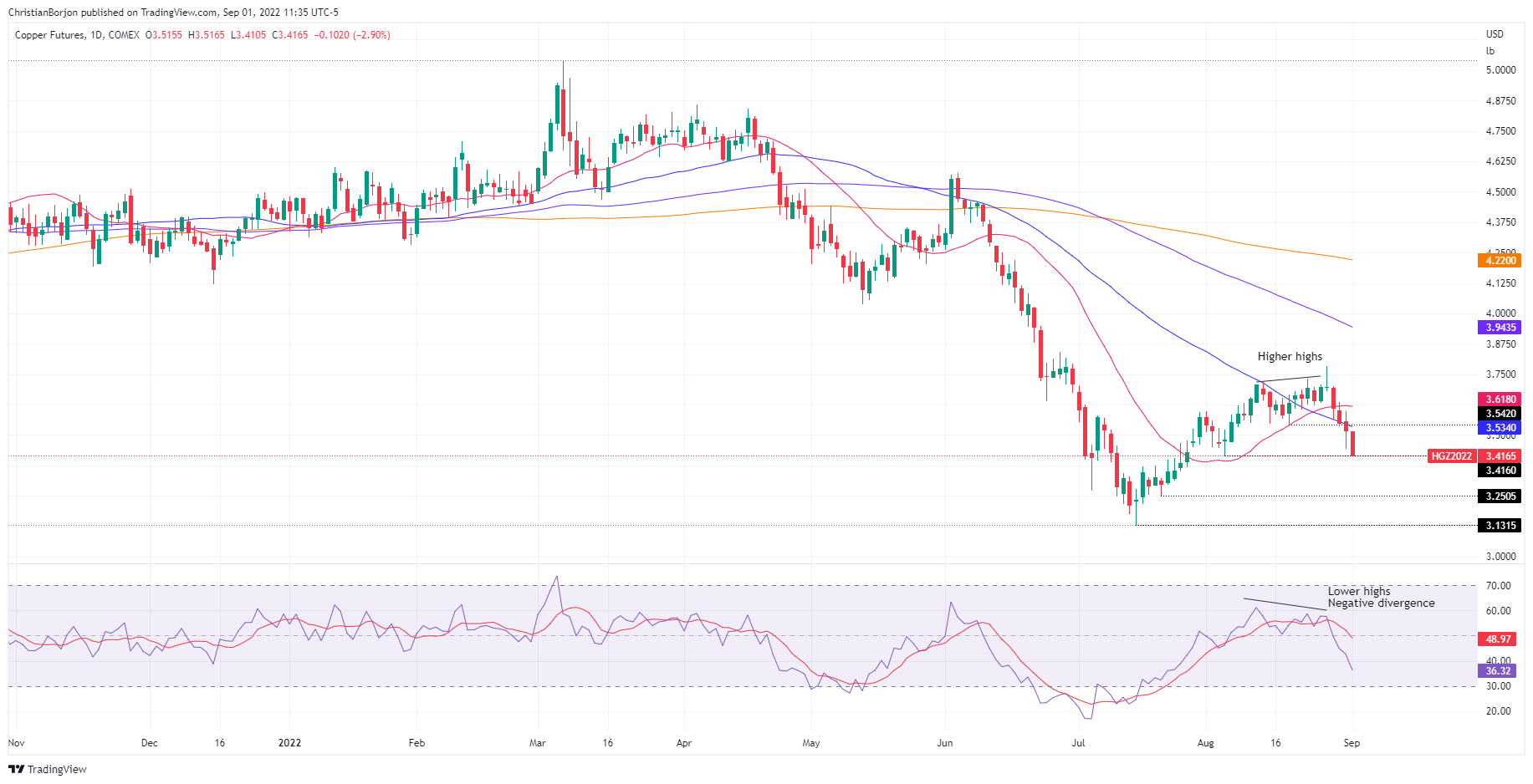 Gold exposes to $1,850 as yields strengthen amid hawkish Fed bets

Gold price (XAU/USD) has resumed its downside journey after a short-lived pullback to near $1,870.00 in the Asian session. The precious metal is exposed to the critical support of $1,850.00 amid a sheer decline in US government bonds. The 10-year US Treasury yields have escalated their recovery to near 3.57%.