USD/CAD is dropping sharply to 1.3230 after the Bank of Canada left interest rates unchanged but adding hawkish commentary.

While the BOC expressed concerns related to trade conflict, it is praising the resilience of the Canadian economy. It is also seeming to shrug off worries about consumer spending and the construction sector.

Governor Stephen Poloz and his colleagues have praised investment as housing due to population growth and low mortgage rates. It has also been positively surprised by the strong growth in business expenditure, despite the decline in exports.

Consumer Price Index Inflation, which the BOC targets, has been hovering around 2% and the bank is pleased.

Overall, the Canadian economy is doing well and the central bank is unlikely to cut interest rates anytime soon. The optimism is aligned with the Federal Reserve's recent pause in cutting interest rates.

The Ottawa-based institution concluded its statement with this paragraph:

Based on developments since October, Governing Council judges it appropriate to maintain the current level of the overnight rate target. Future interest rate decisions will be guided by the Bank’s continuing assessment of the adverse impact of trade conflicts against the sources of resilience in the Canadian economy – notably consumer spending and housing activity. Fiscal policy developments will also figure into the Bank’s updated outlook in January.

Here is how Dollar/CAD's downward move looks on the four-hour chart: 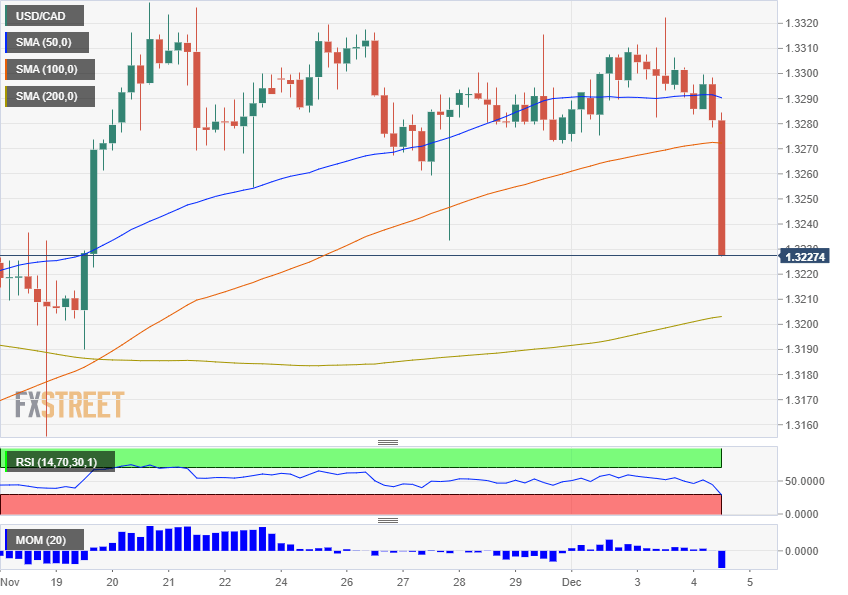