Time to rally now that the Fed is out of the way. Let us go through the recent wall of worry that has been plaguing equity markets for most of September. First, September itself is historically not a good month for equities. Thankfully, then we only have one more week of trading before September is behind us. The Delta variant still rages around the world, but increasing evidence is showing vaccines do work and are the pathway out of lockdowns and more importantly future lockdowns, which would further hurt economic activity. Evergrande is still a worry but it has repaid some interest, and there are rumours that China is about to step in and steady things as hoped. Either way, investors have downgraded this one.

That is about it apart from talk of a US default as political squabbling over the debt ceiling continues, but really does anyone truly believe the politicians are going to mess things up that much! Ahem, ok, keep your comments to yourselves! Politicians are capable of some shocking mismanagement, but we just cannot see it getting to that stage.

After a poor session on Tuesday with a tiny range, Wednesday was a better performance with AAPL stock opening strongly and pushing on for much of the session, eventually closing up 1.69% at $145.85. Nice and steady movement, but there is still more to do before we can turn bullish on Apple.

We can also see from the intraday chart above how the move continued for the session and closed near the high of the day. Always a good sign in our view.

The support at $141.67 that we have had in place for some time looks to have held the decline for now, and things are starting to look bullish for the stock again. Below $141.67 we had cautioned that the move could accelerate due to a lack of volume, but now this has been avoided. The first target is the 9-day moving average at $146.95. Apple filled the gap created by Monday's ugly session. We expect this move to continue with a positive backdrop now in place again for equities and some headwinds behind us. Yesterday we said neutral between $146 and $152, and this is still the case. Breaking $152 will take out last week's high and on the weekly chart give us a bullish outside candle. We favour further gains, but the potential has not fully played out. Hence, we remain with the neutral stance until $152 is broken.

FXStreet Ideas: Strong support at $134, so this is our buy zone. Buying a 25% delta (out of the money) short-term put could be an interesting strategy on a sharp break of $141.67. 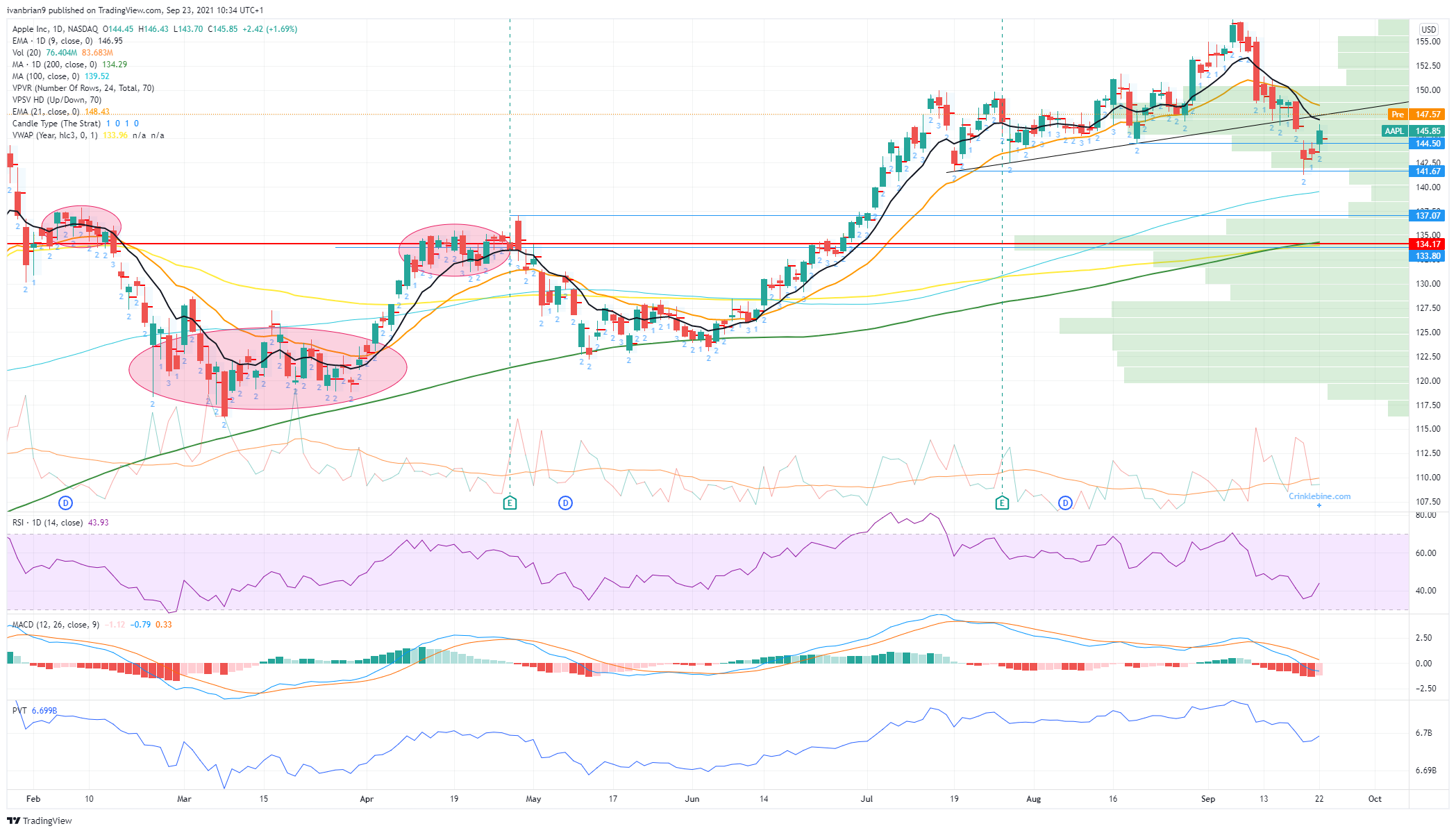 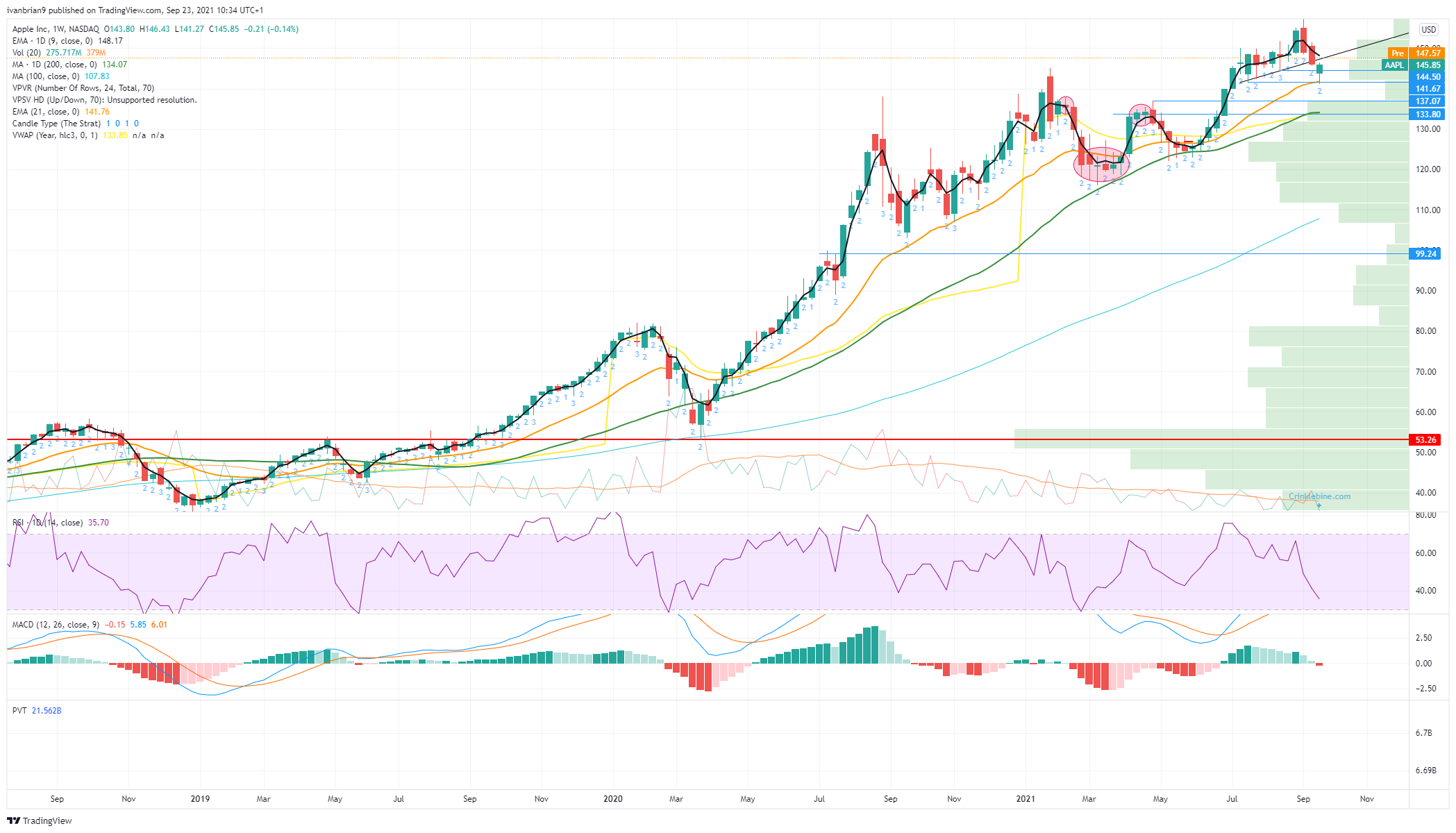 The development team behind Cardano is working on the next Daedalus update. Cardano ecosystem’s new partnerships are likely to boost the utility for ADA. Dogecoin millionaire reveals that he has invested in Cardano and expects big moves in the altcoin’s price.

What is upsetting the US consumer?

For three months American consumers have told surveys they are unhappy. Not just mildly upset but suffering an attack of pessimism not seen in a decade.  Retail Sales in September wallop expectations for the second month in a row.