AAPL shares are set for a bounce on Monday with markets in Europe posting strong gains on Monday. The Nasdaq has been lagging equity markets recently, but this looks set to change on Monday. While Apple is not a Nasdaq stock per se, it is more global and as the top S&P 500 member it does seem to attract more buying interest when the Nasdaq lights up. The post-earnings sump that has affected Apple may be about to change. Other tech heavyweights, the so-called FAANG stocks, have been gearing up for a move higher, with most having formed some nice bases at previous consolidation zones. FaceBook (FB) popped a record high last week and both Apple and Facebook had posted stellar results. Facebook takes record highs, while AAPL is still more than 10% below its earnings high.

Apple results were well ahead of analyst forecasts. Now the stock did have a decent bullish run-up before those results, but even still it is unlikely that many had anticipated a 40% beat. Added to this is the fact that Apple announced it was to increase its dividend and buyback program.

Regardless of the earnings, dividend and buybacks, the stock still sid post release. A $137 post-result high has steadily been depreciated down to $122. Currently, AAPL shares are moving back slightly to trade just over $127. AAPL shares retreated to a strong support zone and have been forming a base since. Volume above $128 begins to diminish, meaning AAPL shares may find it easier to push toward $135 on a break of $128. It is very obvious from the volume profile on the right of the chart that a break of $137.07, the post-earnings high, has a total lack of volume and could lead to an accelerated move to test record highs. 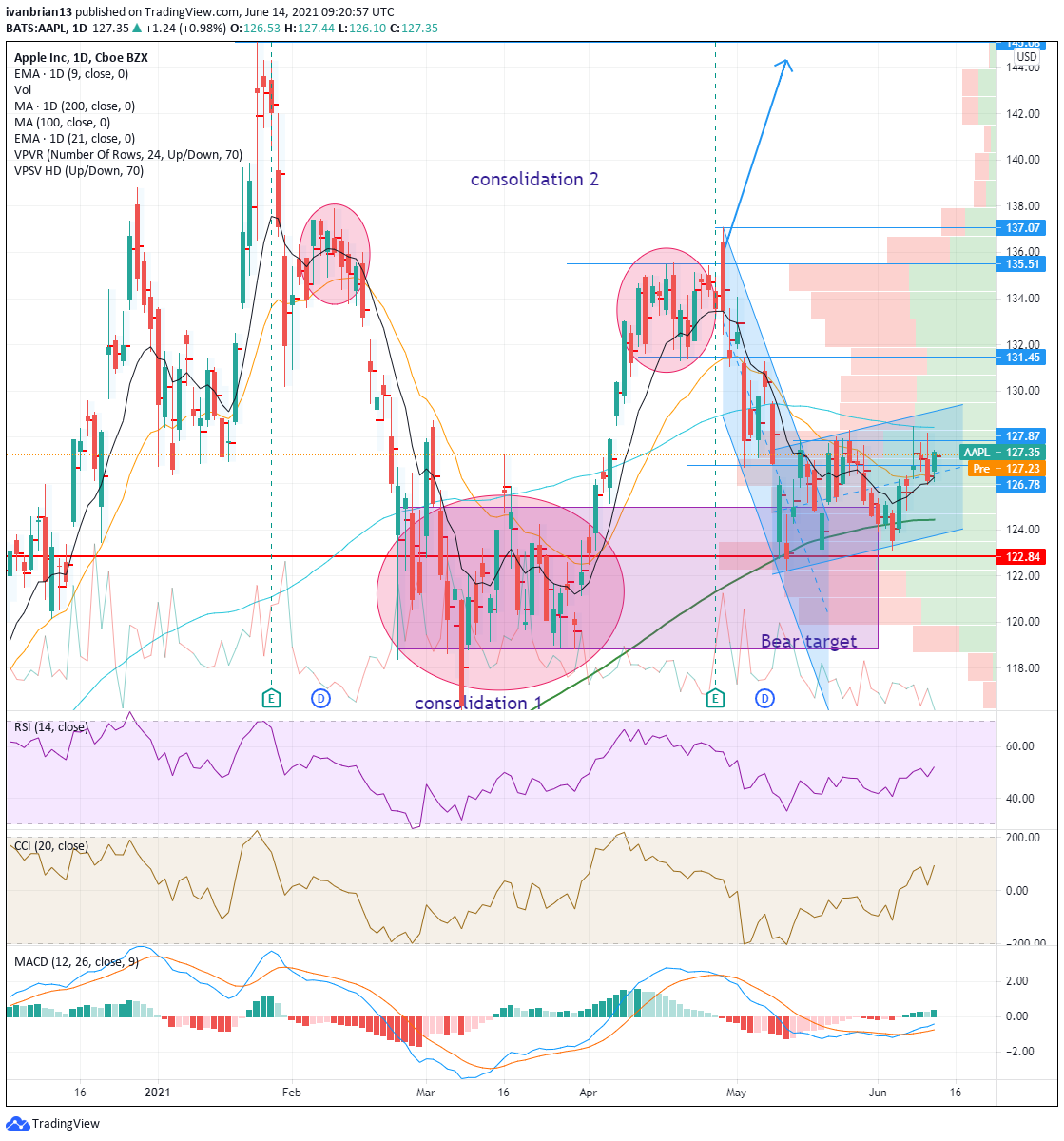