AMC shares finally did it at the fifth – or sixth? – attempt. Who cares, $48 is broken and now it is onward and upward for the apes. The volume starts to get lighter up here and that should make more gains easier to sustain.

Option volume remains high in the stock and this is most likely helping fuel the rise as calls are the favourite.

On Thursday, options volume was nearly double the 30-day average and AMC already had a high concentration of options volume as it was. AMC was the second most active on Thursday in terms of options, just behind Apple according to barchart.com. 68% of Thursday's AMC option volume was in calls with just 32% being put volume. We can see from the intraday chart below just how consistent the gains were throughout Thursday's session with the stock closing near the high of the day, always a bullish sign.

The move from AMC stock this week was certainly helped by some strong attendance data over the Labor Day weekend, with AMC setting a revenue record and attendance beating pre-pandemic levels. This saw the stock, once again, trend heavily on social media and attract retail traders back to the stock. Breaking $48 was key, therefore, to maintaining momentum and attracting more buyers into AMC.

The initial break higher above $40 happened on August 24 and the move had then consolidated since. Consolidation is fine and a continuation sign, especially as AMC had formed a flag pattern. The $48 price level was the next breakout zone. AMC took its time but now looks to be finally above here, closing above a level is much more important than an intraday break. AMC stock in Friday's premarket already appears to be pushing higher with it trading at nearly $49.

Breaking $48 brings the next high volume zone at nearly $60 into the picture. This is a huge momentum stock, so a move above should see more and more buying via shares and options. 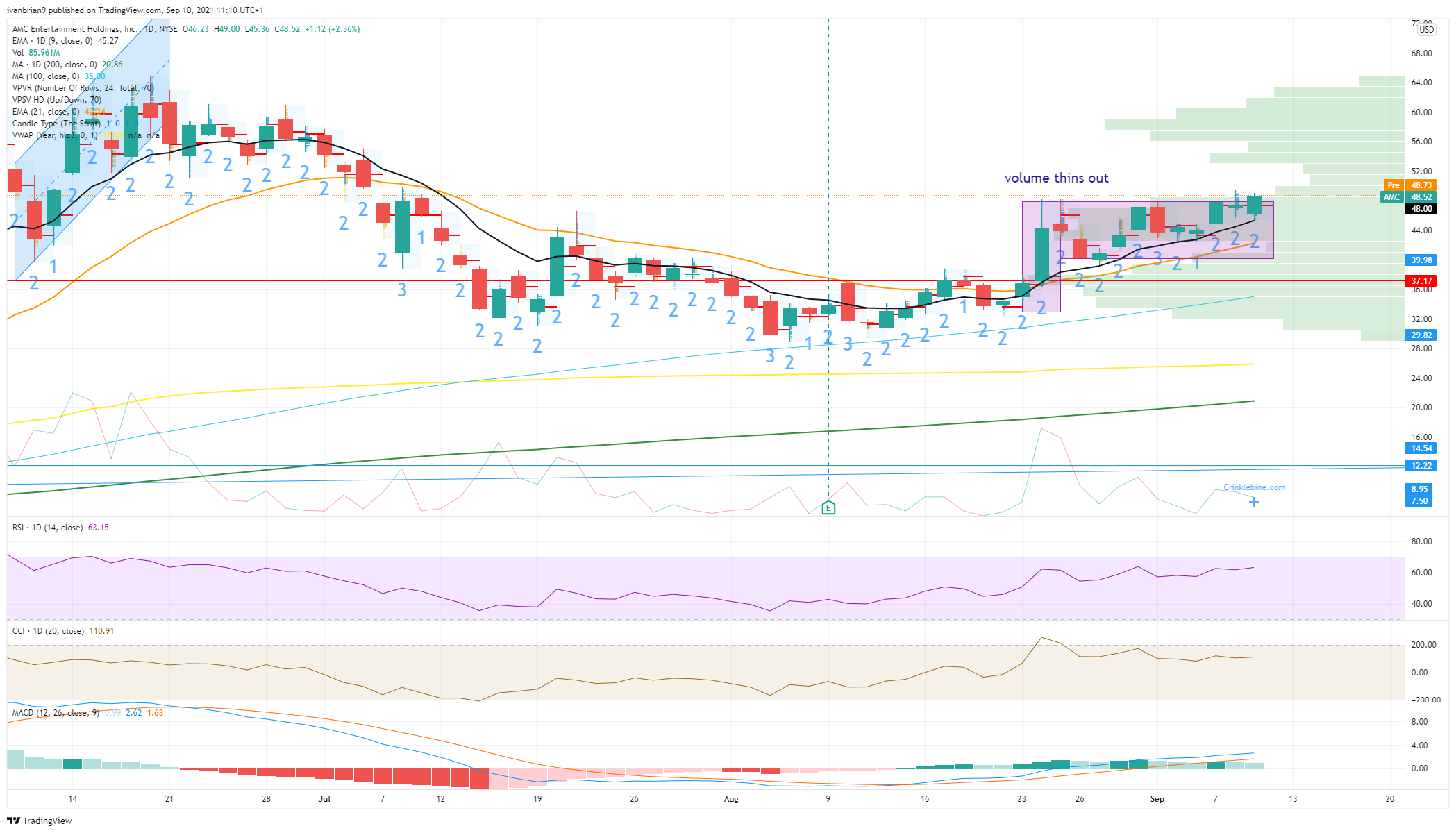