AMC stock just about held the key $40 support on Friday but did break lower intraday. This level is key to hold onto the recent breakout and bullish trend established by the move on August 24. As we have mentioned before, FXStreet does not mind seeing a breakout retreat to test the breakout level, but gets turned off if it breaks back below that level. In the case of AMC, that level is $40. In fact, a retracement can be taken as an added positive.  A stock breaks out but stalls and returns to the breakout level. Once again though buyers step in to definitively reinforce that this is a buy zone. This is what we are aiming for now with AMC. A retracement on Friday was snapped up again by buyers, and the stock pushed on to close higher at $40.84 for a gain of 1.3%.

Now that AMC has held above $40, we need to push on. For that to happen a few key levels need breaking. First, AMC stock has had three consecutive days of lower highs – not a bullish sign. The first level then to break is Thursday's high at $44.78. The move on Friday did at least give us our first green candle in three days. This is hopefully a sign of stabilization. Breaking $44.78 will prove that correct. Next up is a more significant level of $48. This is the range that AMC has been capped by since early July when the stock broke down. The first breakout level was $40 as this was the range top since late July. $48 will keep the bulls (or apes) happy and keep coming back for more to push the stock on. Breaking $48 also makes the move easier to sustain as volume thins out above here. Less volume means less resistance. Break $48 and the move should then target a move up to nearly $60 as that is the next high volume zone and an area of strong resistance and price equilibrium.

The Moving Average Convergence Divergence (MACD) indicator remains crossed into a bullish zone since the strong breakout,f and we would like to see the momentum confirmed by the Relative Strength Index (RSI) also pushing higher. 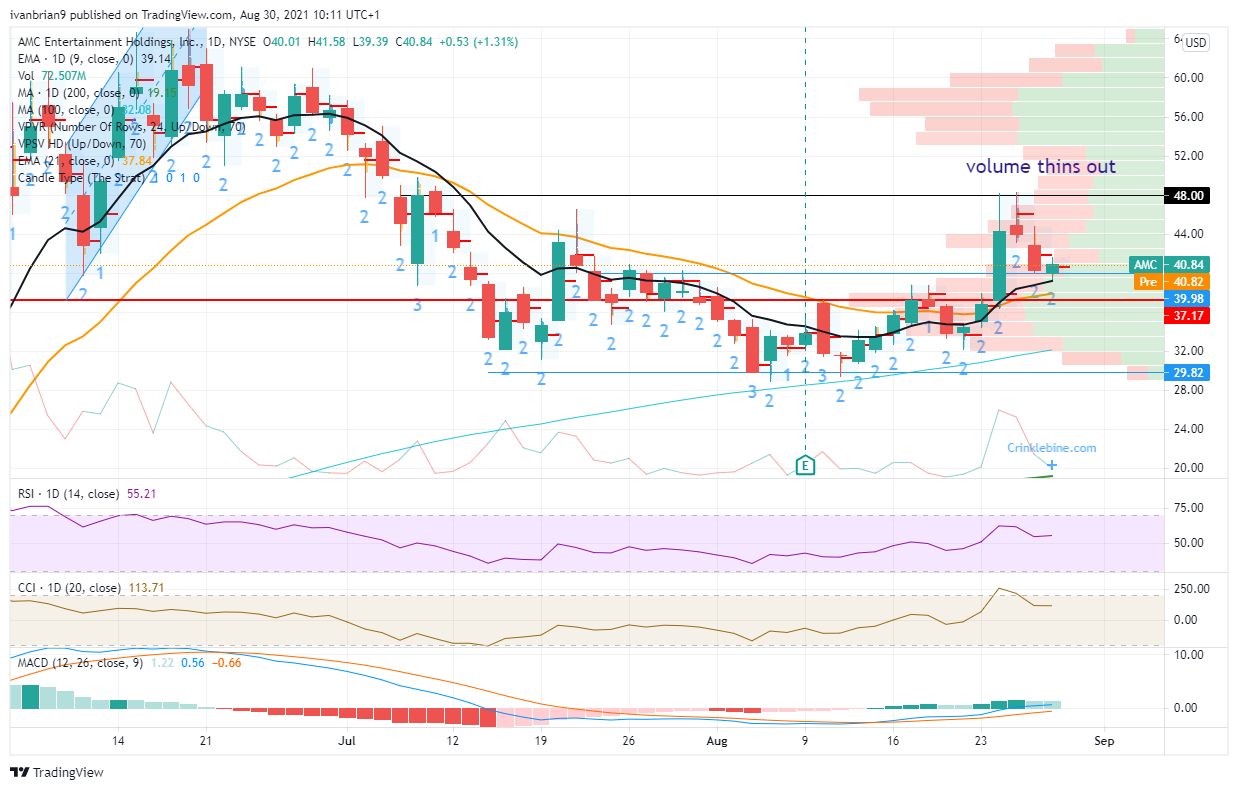