Alibaba (BABA) stock just cannot catch a break this year as yet more misery is heaped on shareholders. Earnings this week were poor with a miss on top and bottom lines and now more Chinese regulatory scrutiny is hitting sentiment as Bloomberg reports that China has asked Didi Group (DIDI) about a potential delisting from the New York Stock Exchange. China is growing increasingly concerned over the amount of data its huge tech companies have access to and how this is stored.

Our weekly chart above shows the level of decline in 2021. Over 40% and counting year to date.

BABA earnings were out on November 18. Earnings per share (EPS) missed estimates coming in at $1.74 versus $1.93. Revenue also missed forecasts coming in at $31.15 billion versus the $32.05 billion estimate. Alibaba (BABA) also revised its revenue guidance downward to forecast 20% revenue growth when analysts had been looking for a number nearer to 30%. BABA had in an earlier earnings report indicated growth near 30% for the year in revenue terms so this was a further blow to investors sentiment.

Alibaba (BABA) was also fined by China's antitrust regulator last week for nondisclosure in relation to some old mergers and acquisitions deals. More bad news hit BABA this week as Warburg Pincus, a private equity firm, lowered its valuation of BABA subsidiary ANT Group by up to 15%. Ant Group was supposed to have been spun off in an IPO late in 2020. Reuters reports that Warburg Pincus revised its valuation from $224 to $191 billion on "regulatory developments". Warburg Pincus was an investor in the Ant Group 2018 fundraising.

Now news hits of DIDI reportedly being asked to consider delisting in New York according to Bloomberg. While not a direct link to BABA stock it nonetheless highlights growing investor concerns over Chinese tech companies and will add to negative sentiment. Alibaba (BABA) stock is already trading over 3% lower in Friday's premarket.

From the weekly, longer-term view we can see strong support just under $130 at $129.77. These are the lows from November and December 2018. Breaking that will lead the next target to likely be $100. 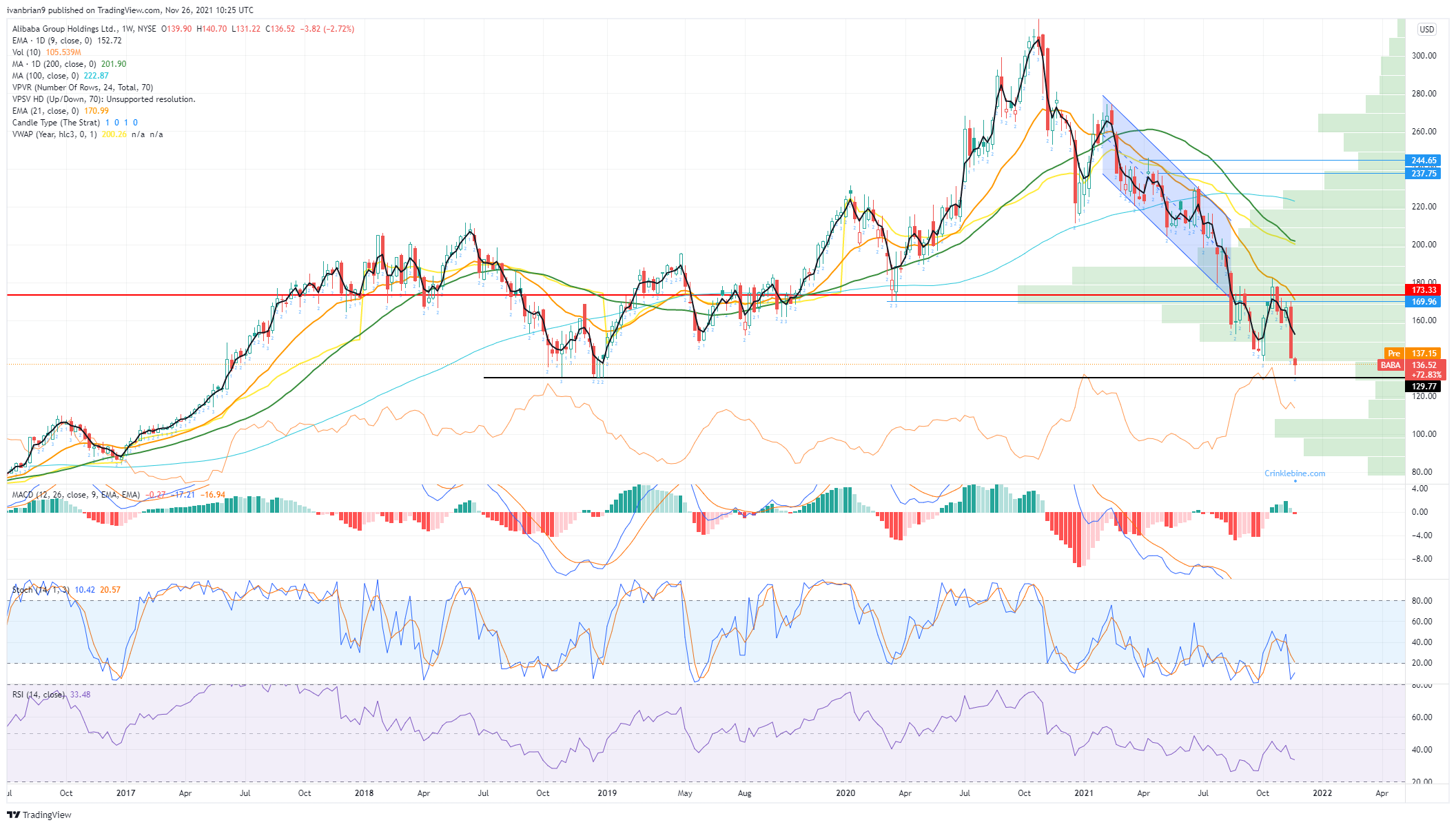