Ripple (XRP) price is on the cusp of printing a very solid week of gains as it currently builds a three-day winning streak.XRP price just needs to hold its gains until the US closing bell. Sentiment flipped 180 degrees late Tuesday evening as equities rallied into Thanksgiving as a Christmas surprise could get underway. With several traders and desks scrambling to still eke out at least some gains for the year, expect this to be the moment where every trader needs to be part of at least something.

XRP set to rally as the turkey gets underway

Ripple price was already a beacon of light in the dark crypto winter last week as it held its gains over the weekend against several other cryptocurrencies that rather saw themselves being downgraded to the lower ends of their trading range. For over two years, XRP often was the outlier and the one falling behind Ethereum and Bitcoin. The harsh crypto winter and the spillover from FTX and LUNA look to polish the image of XRP as it remains quite stable and is set to pop higher as demand for cryptocurrency accelerates.

XRP is able to make gains as it broke above the key pivotal level at $0.3710 from the past summer. The next hurdle is a big one with the 200-day Simple Moving Average (SMA) that acted as a cap throughout November on two previous occasions. A perfect scenario is propping up with a big batch of US data arriving before the holiday season starts.XRP is set to break that same 200-day SMA and rally up to $0.4228, printing over 10% from where XRP is currently trading. 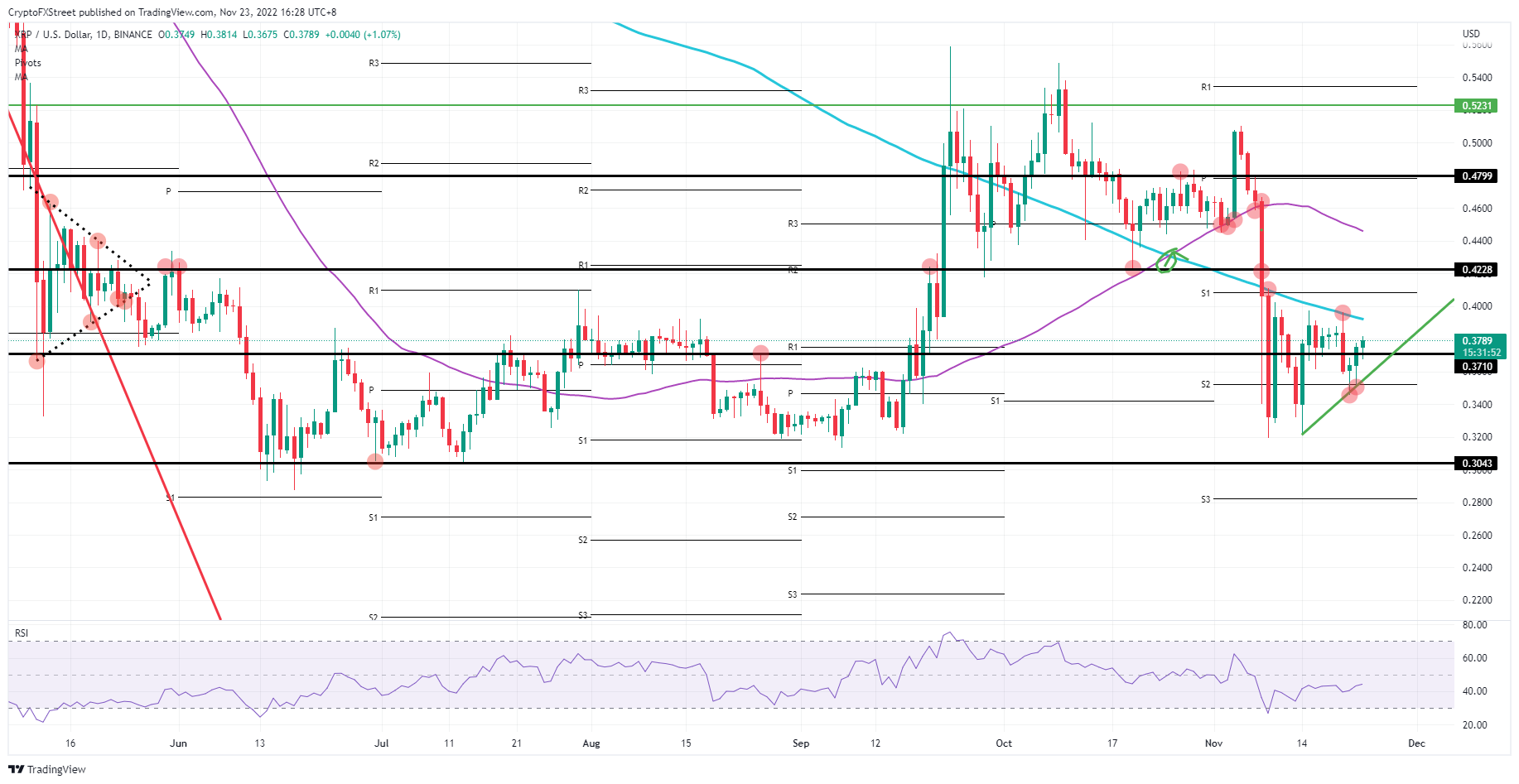 Do not look too far for why this Thanksgiving rally could fail, as the 200-day SMA already has proven it is a force to be reckoned with. With two firm rejections not long ago, a third one could still be in the cards and push XRP back to $0.3710. If XRP trades even lower and starts to break below that green ascending trend line, that will be the queue for bulls to get out as it is set to fully reverse back to $0.32 on the back of that price action.