The following article contains price and date projection analysis utilizing the methods of W.D. Gann and other traditional forecasting methods. XRP is the third of several articles highlighting this style and approach of technical analysis. The purpose is not to target a specific date nor a specific price. Instead, the goal is to identify a range of time in the future, which is highly likely to be a turning point for any trend or corrective move. Additionally, the second purpose is to identify a price range and value area in that same time period. 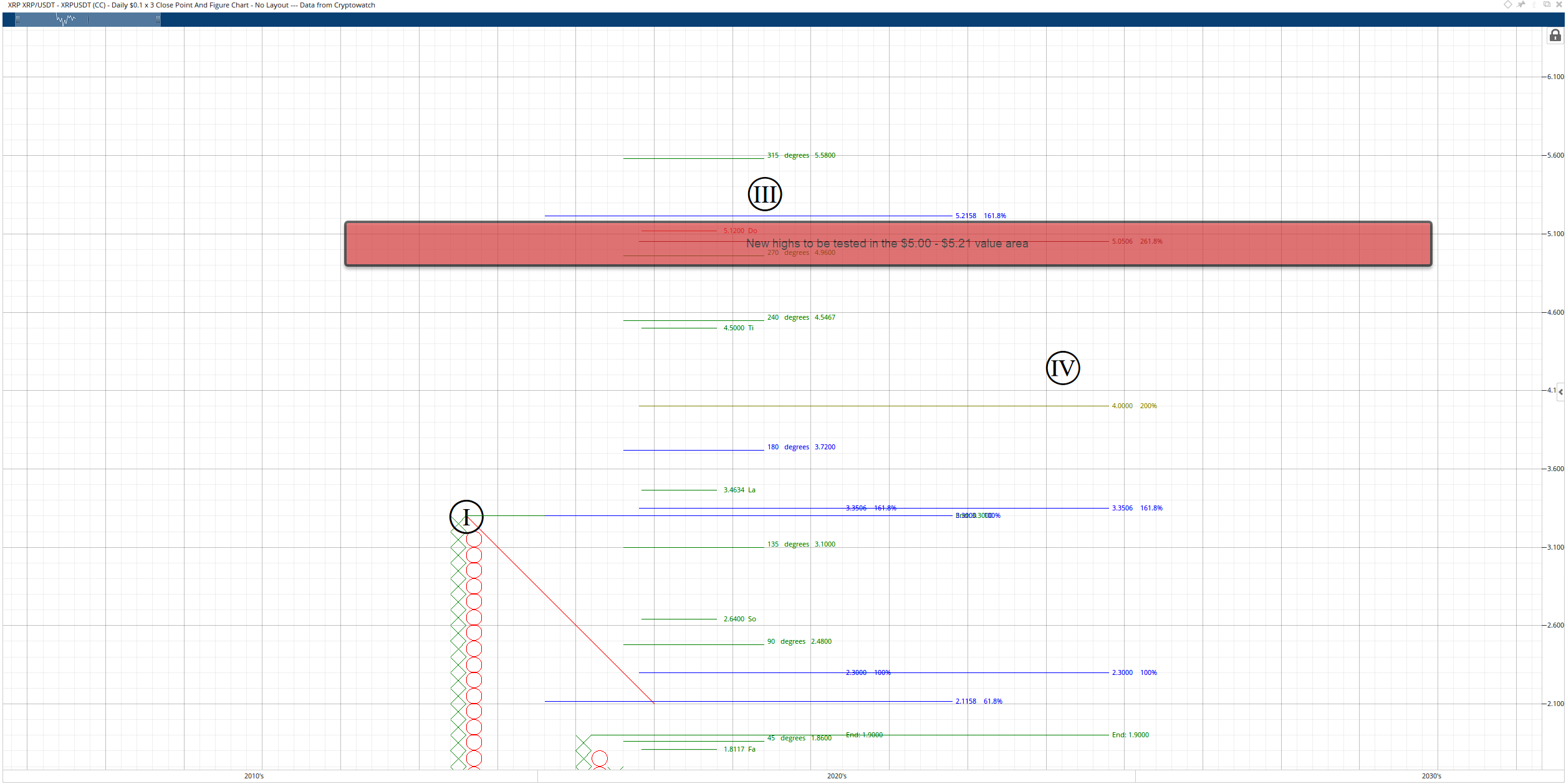 How are future XRP price levels determined if they have never traded at those price levels before? A series of different types of analysis should be completed to speculate and project a future price range. For this analysis, I will be utilizing Elliot Wave Theory, natural harmonic values found in the light and sound spectrum – specifically the methods by the great Gann analyst, Tony Plummer (The Law of Vibration, and The Life Cycle Hypothesis), Gann's Square of 9 and Fibonacci Expansion zones. The result of this analysis shows a cluster of price ranges, all with the same value area. They are as follows:

A quick note about the XRP price chart used. A Point and Figure chart was used to identify essential swing structures instead of the candlestick chart. Point and Figure charts can help reduce the 'noise' in Japanese candlesticks and give a more precise structure. However, it is challenging to determine Elliot Wave and swings of importance on a chart like the XRP price. 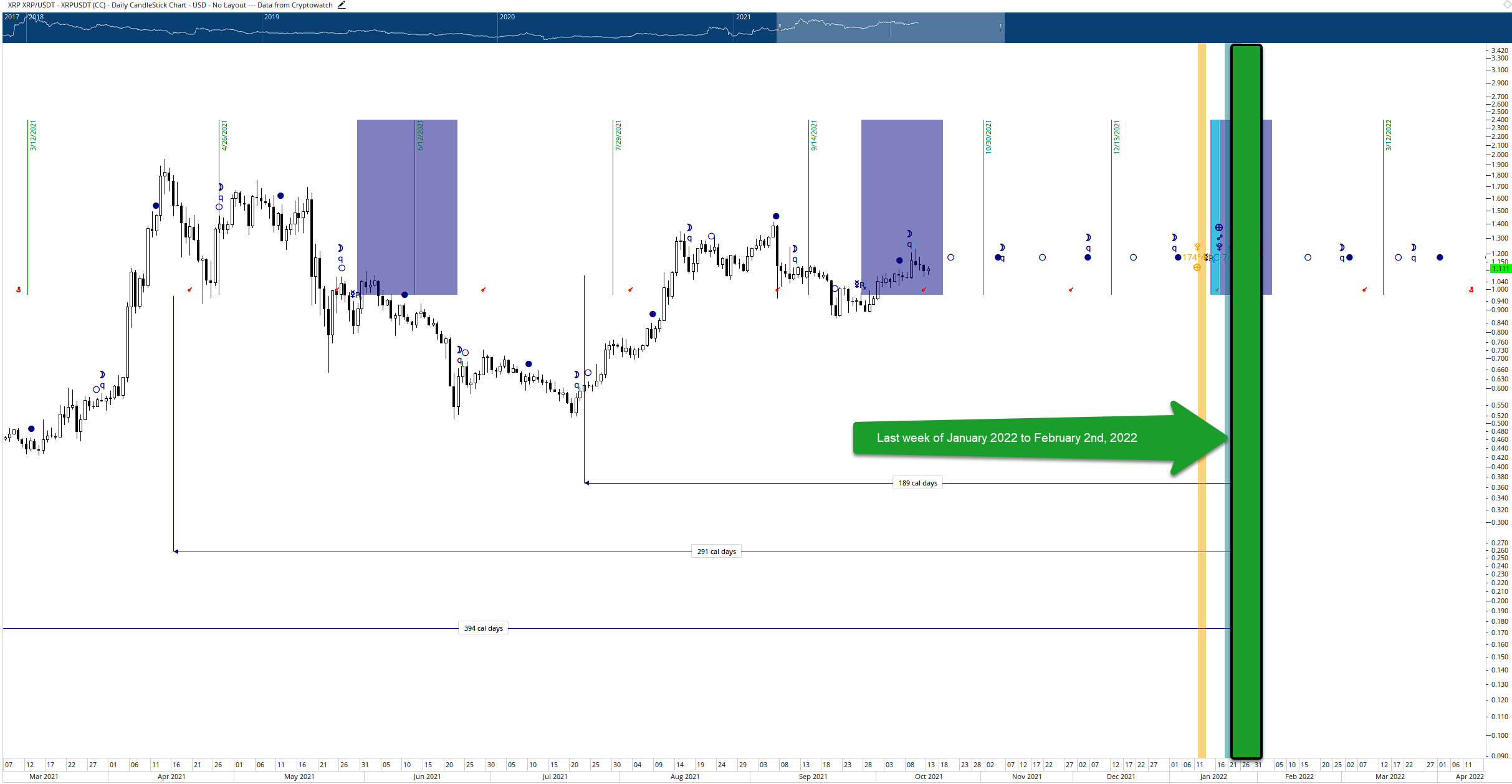 In addition to projecting XRP price levels in the future, the same approach can be taken with time. For time cycle analysis, most of the analysis comes from Gann's work in major and minor time cycles and his use of astronomical cycles. The time studies are further supplemented with the Ichimoku Kinko Hyo system's Time Principle and Hurst Cycle Analysis.

There is a massive confluence of time cycles between January 17th 2022 and February 1st 2022. Some type of extreme high or low will likely be found in that date range, with the ultimate breakdown or breakup occurring a few days before or after February 1st.

The time clusters include the following time cycle analysis methods:

Putting it all together

A swing low could develop in mid to late November, but a test of the new all-time highs in the $5.00 region could occur in late January 2022 to early February 2022 – specifically after the February 1st to February 2nd dates.