XRP price rally has met with obstacles in the past that have prevented it from heading higher. Despite the recent rejection at a supply zone, Ripple is taking another jab at it as it clears a crucial demand barrier.

XRP price dropped 12% as the market tumbled yesterday. However, the buyers scooped up the asset at a discount and pushed Ripple up by 8%. A decisive close above $0.985 will trigger an 11% upswing to the lower limit of the supply zone extending from $1.094 to $1.183.

If the bullish momentum backing this rally persists, XRP price could slice through the upper boundary at $1.183. Such a move would confirm the start of a new uptrend. In such a case, the buyers might target $1.320. Following the breach of this level, the remittance token might rise 22% to the pre-crash level at $1.613.

This uptrend measures 35% from the supply zone’s upper boundary at $1.183. 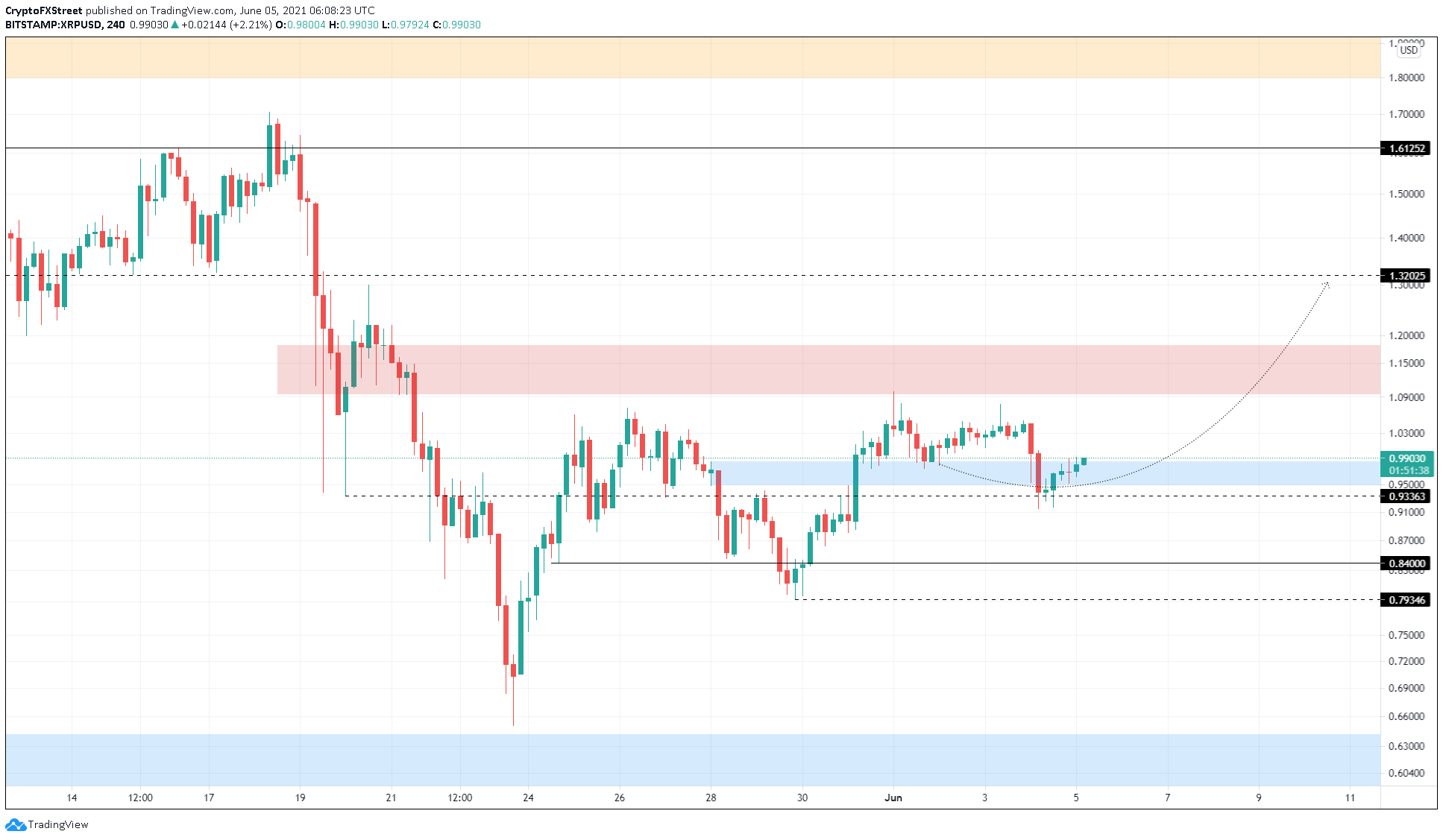 Since the optimism around the XRP price revolves around the assumption that it clears the $0.985 demand level, failure to do so will dent the upswing narrative.

If Ripple witnesses a potential sell-off that produces a convincing close below $0.840, it will invalidate the bullish outlook.

Under these circumstances, XRP price could slide to the swing low at $0.794 set up on May 29.