XRP price action has been some of the best performing price action in the entire crypto-space. This recent bullish drive has given XRP bulls a reprieve of sorts as XRP has outperformed Bitcoin and Ethereum – something it has struggled to do for nearly two years.

XRP price should continue to benefit from a ‘buy the rumor’ event related to recent updates in the SEC’s case against Ripple. Contrary to popular belief, the crux of the issue in the legal case for Ripple is not whether XRP is a security, but it is a dispute over legal advice. Ripple has maintained in their defense that as far back as 2012, they “…received legal analysis that XRP was not an investment contract.”

In a nutshell, the SEC has claimed that Ripple and former CEO Christian Larsen were aware of risks that XRP could be considered a security under federal law. However, Ripple contends that their legal analysis provided by a soon-to-be-identified legal firm concluded that XRP was not a security. In addition, Reuter’s reported that Ripple and Larsen did not want internal memos and documents unsealed due to those documents containing proprietary and sensitive information critical to Ripple’s business and success in a competitive space. Although, Ripple’s general counsel Stuary Alderoty was quoted saying, “We look forward to the public having access to these documents as we continue to vigorously defend the case.”

While nothing is concrete in the morass of the SEC vs. Ripple case, these events have nonetheless been a boom for XRP hodlers. As a result, the recent news has been taken as a fundamental bullish event, and speculators have returned to XRP in droves.

The net result of the recent legal update is XRP price completing one of the most sought-after bullish entry conditions within the Ichimoku Kinko Hyo system: an Ideal Bullish Ichimoku Breakout. Furthermore, the current daily close is above the Ichimoku Cloud, and the Chikou Span is above the bodies of the candlesticks and in open space, indicating little to no resistance as XRP price marches higher. 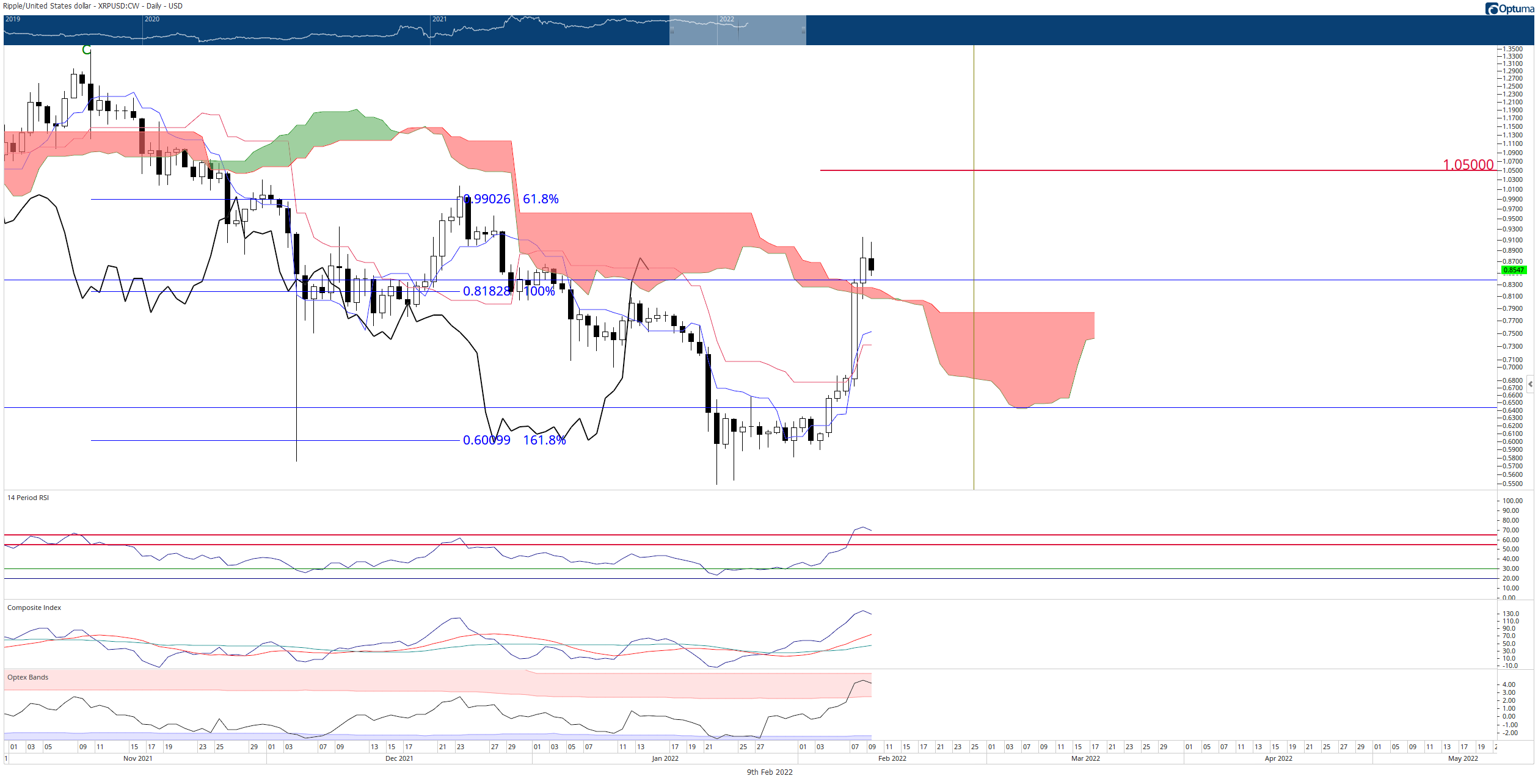 In the near term, the upside potential for XRP price is likely limited to $1.05, where the weekly Senkou Span B is located. The extended 2021 Volume Point Of Control also rests at $1.05. Downside risks should be limited to the daily Cloud in the $0.80 value area.