XRP price has experienced some major selling over the past six trading days. Sellers have promptly sold off  Ripple upon hitting the $1 level, pushing XRP lower by as much as 20%. However, the bearish price action has developed into a powerful buying opportunity.

The theoretical trade setup for XRP price is a buy stop order at $0.86, a 4-box stop loss at $0.82, and a profit target at $1.10. This trade setup represents a 6:1 reward for the risk. In addition, a two to three-box trailing stop would help protect any implied profit post entry. 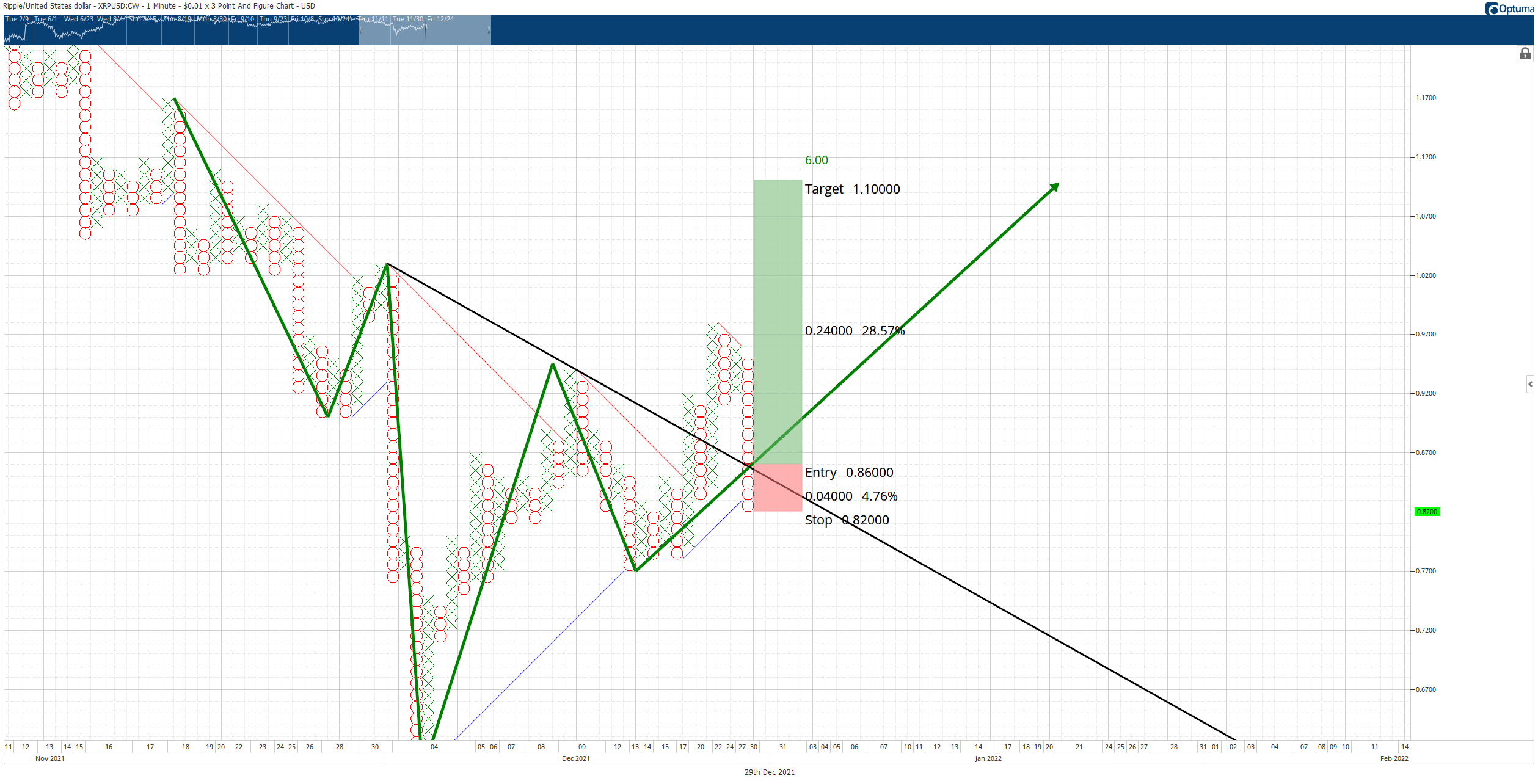 There is no invalidation setup for the theoretical long trade setup. By their very nature, Spike Patterns have no known low or high until a reversal occurs. Diligent traders should anticipate resistance or momentum slowing when XRP price retraces roughly 50% of the O-column.