Bitcoin bulls need to step up

Bitcoin bulls have definitely taken a backseat, while investors sentiment has fallen into extreme fear under the crypto fear and greed index.

The leading cryptocurrency appears to have entered into a bear market, as the net unrealized profit/loss (NUPL) metric indicates that 32.5% of the Bitcoin market capitalization is held as unrealized profit. This metric, suggesting low profitability is typical in the early to mid-phase of a bear market.

In bull markets, such as the ones seen in 2013 and 2017, aggregate network profitability declined between record highs set through the Q2 and Q4 tops.

The MVRV ratio, measured by market capitalization divided by realized capitalization, flashed a reading of 0.85. This suggests that the market has entered into a territory typically seen in bearish markets. 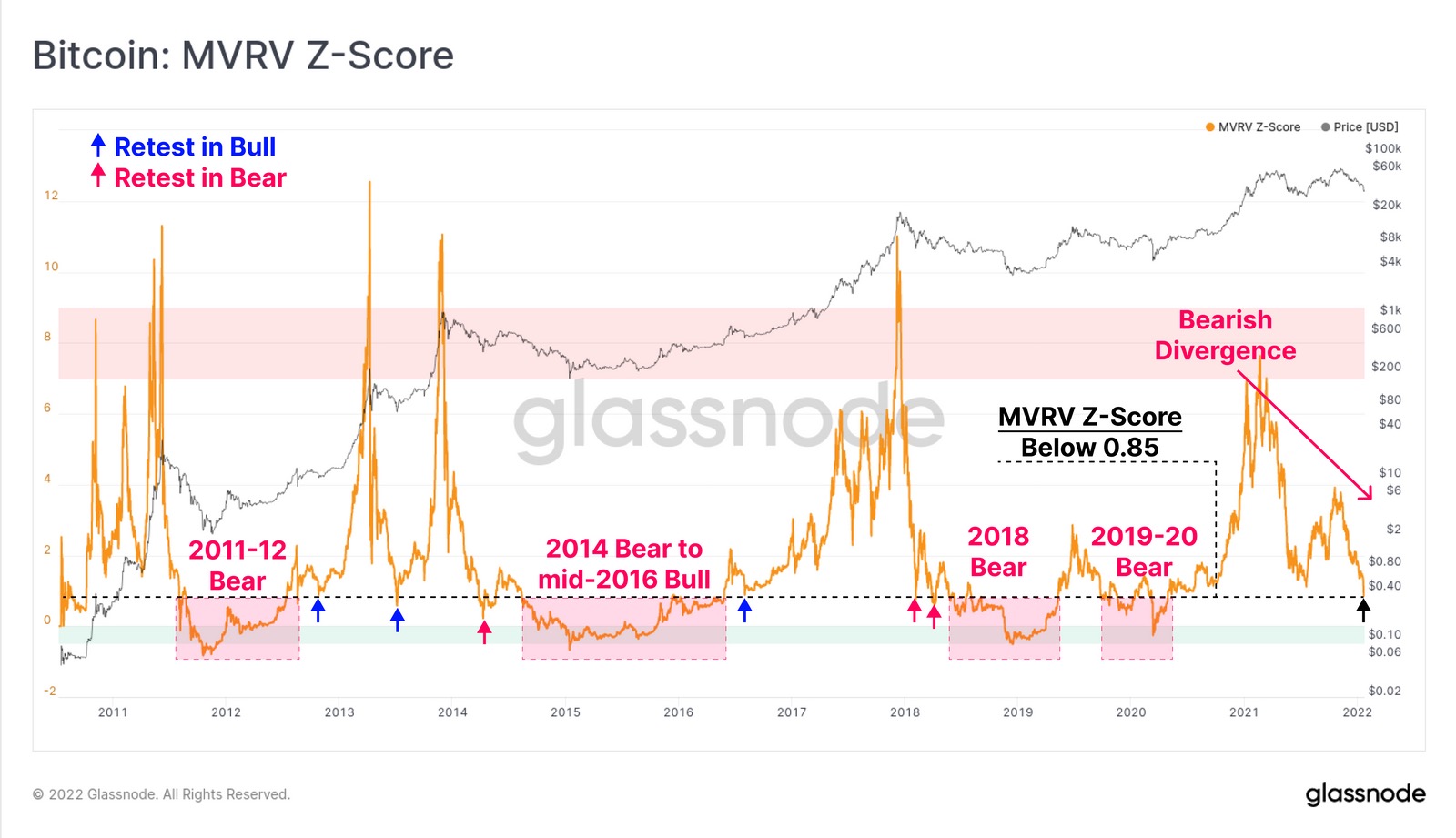 Crypto data analysis firm Glassnode emphasized that based on the MVRV ratio metric, the bulls would need to step up in a big way in order to reverse the period of underperformance. Otherwise, the bears may continue to rule the market.

The realized-to-liveliness ratio (RTLR) also indicates that not only is the market trading below the RTLR price at $39,200, but the realized price is at $24,200, a trend observed during early to mid-stage bear markets.

During the past week, the total sum of realized losses has reached over $7.57 billion, a number similar to major corrections over the past year. Glassnode further highlighted that the current drawdown has been sustained and elevated losses since early November, suggesting that the recent crash has been a painful one.

However, the short-term holders currently hold approximately 18.3% of the supply of Bitcoin, suggesting that a major portion of the leading cryptocurrency’s supply is held by long-term holders, who have been unperturbed by the recent price plunge.

According to crypto analyst Macro Charts, investor sentiment is currently at historic pessimism.

The analyst believes that the current sentiment in the market is worse than the March 2020 and December 2018 crashes.