Bitcoin price action faced intense selling pressure after the Fed’s decision, with Bitcoin losing more than 5% from its Wednesday high. If the sell-off from the top wasn’t discouraging enough for bulls, then the daily close in the red certainly added insult to injury. However, a significant sell-off and bearish continuation move have not developed – yet.

Bitcoin price has generated enough whipsaws and consolidation to create two equally weighted trade setups – one on the buy-side and one on the short side. The hypothetical short entry is a sell stop order at $35,000, a stop loss at $38,000, and a profit target at $20,000. Technically, the Vertical Profit Target Method in Point and Figure analysis shows $15,000 as the target, but a considerable amount of resistance would almost certainly prevent a collapse to that price zone in a single trend.

The short entry idea is based on a Pole Pattern reversal. The rule for this trade setup is that the current X-column can not print another X above 50% of the prior O-column. In other words, if Bitcoin price prints an X at $40,000, the hypothetical short entry is invalidated. 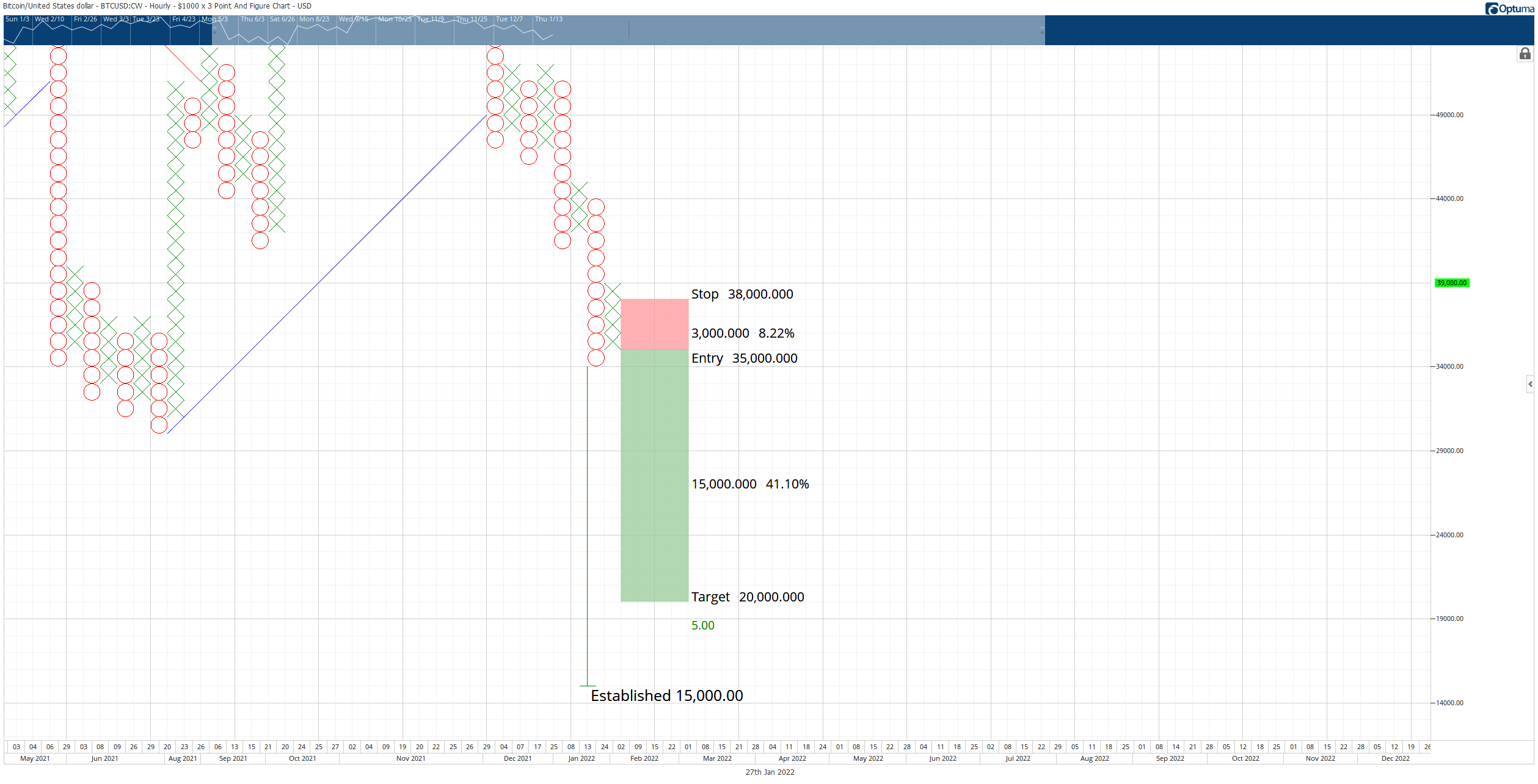 On the long side of the trade, the theoretical long setup is a buy stop order at $38,000, a stop loss at $36,000, and a profit target at $48,500. The trade represents a 5.25:1 reward/risk setup. A two to three-box trailing stop would help protect any implied profit post entry. While the Vertical Profit Target Method identifies $48,500 as the max potential, it is more probable that Bitcoin price will be halted somewhere just below the bear market trendline – somewhere between $43,000 and $45,000. 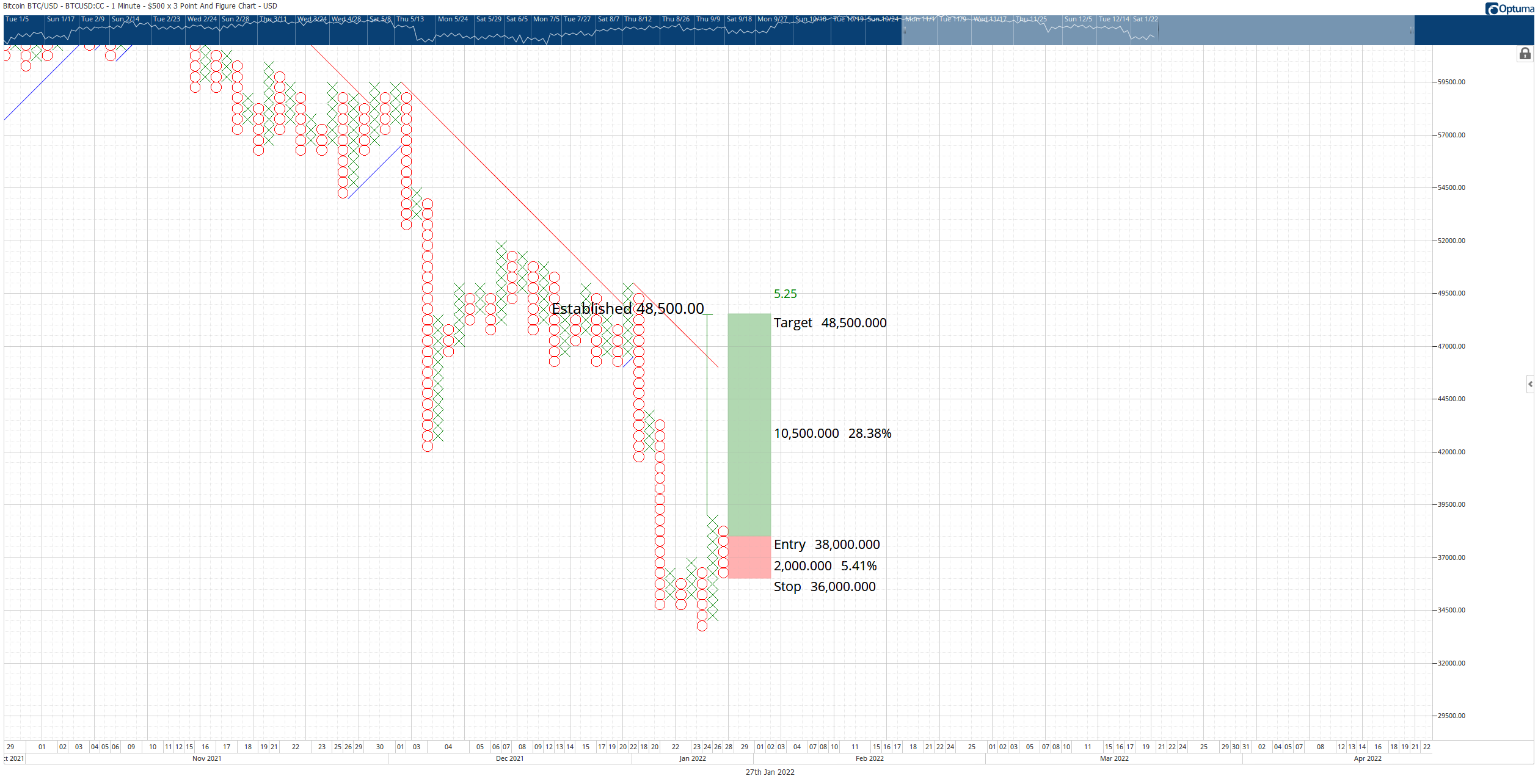 The theoretical long trade setup is invalidated if Bitcoin price drops below $31,000.