Bitcoin price has been on a downswing since the July 30 swing high rejection at a significant resistance level. This development has pushed BTC to slide lower and retest crucial support floors while hinting at a potential for a further move south.

With altcoins rallying due to the upcoming Merge upgrade, investors need to consider the possibility of BTC being left out. However, a sudden downturn in Bitcoin price could adversely affect the ongoing altcoin rally.

Bitcoin price from a higher-time-frame outlook shows the formation of an ascending parallel channel since the June 18 crash. Interestingly, the same can be seen happening since the start of 2022.

A  breakdown of this level will open the path for a further move south. In such a case, market participants can expect BTC to crash to $21,177, which is the highest volume traded for 2022, aka point of control (POC). 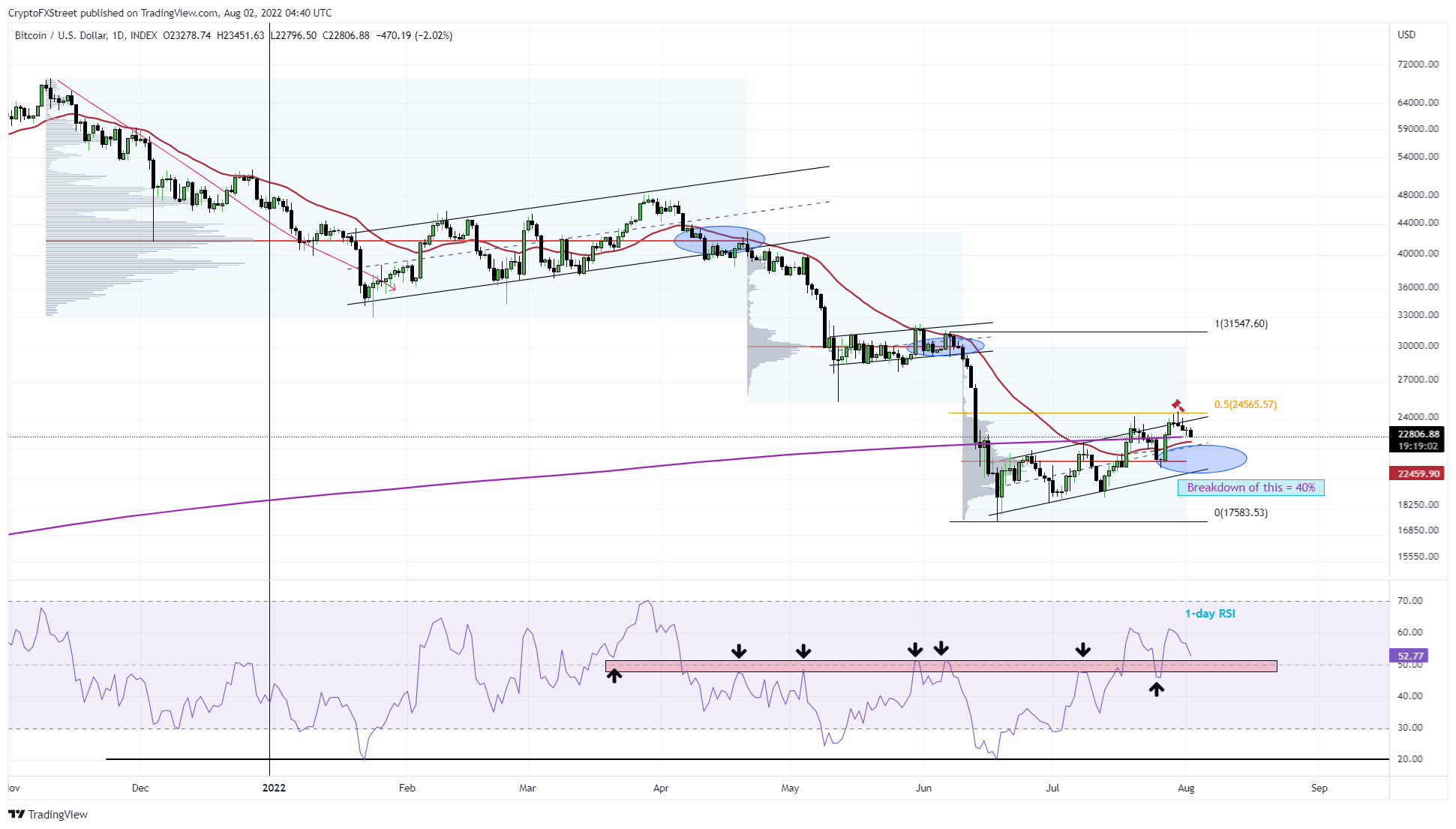 Here's a detailed video explanation for the above chart.

Let’s take a close look at Bitcoin price on the one-hour timeframe.

This chart shows that BTC has created Monday’s range at $23,508 and $22,875 and also swept the range low, suggesting the possibility of a reversal.  Additionally, the big crypto is also being supported by the 200-week SMA at $22,794, adding credence to the possibility of a quick uptrend.

Hence, the first trade opportunity is to long Bitcoin price after a quick recovery above Monday’s Low (ML) at $22,875 with partial take profits at Monday’s High (MH) of $23,508. The remaining amount can be sold off at the one-hour Fair Value Gap (FVG), aka price inefficiency at $24,347.

The stop loss for this trade can be dynamic; meaning, a four-hour candlestick close below the 200-week SMA at $22,794 would signal the presence of selling pressure and hence the closure of the long position. 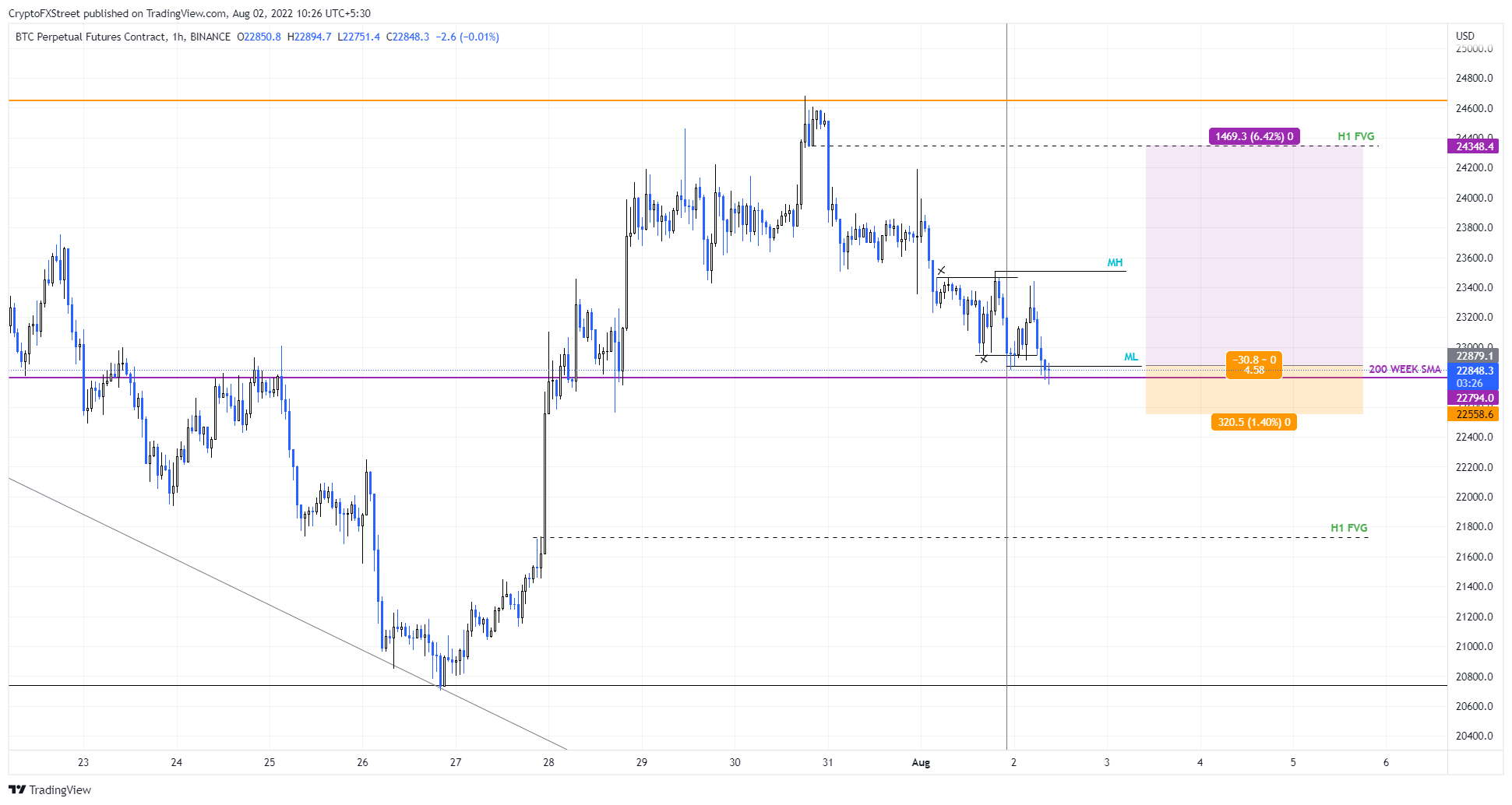 This trade assumes that the Bitcoin price fills the FVG at $24,347, which will be a signal to open a short position. The reasoning behind this bias is obtained from a high-time-frame chart explained at the start of the article.

Partial profits for this short position can be taken at the 200-week SMA at $22,794 since a minor bounce could occur here.

A breakdown of the support confluence at $22,794 would add credence to our short position and the remaining position can be closed at one-hour FVG at $21,730. In total, this move would constitute a 10% downswing. 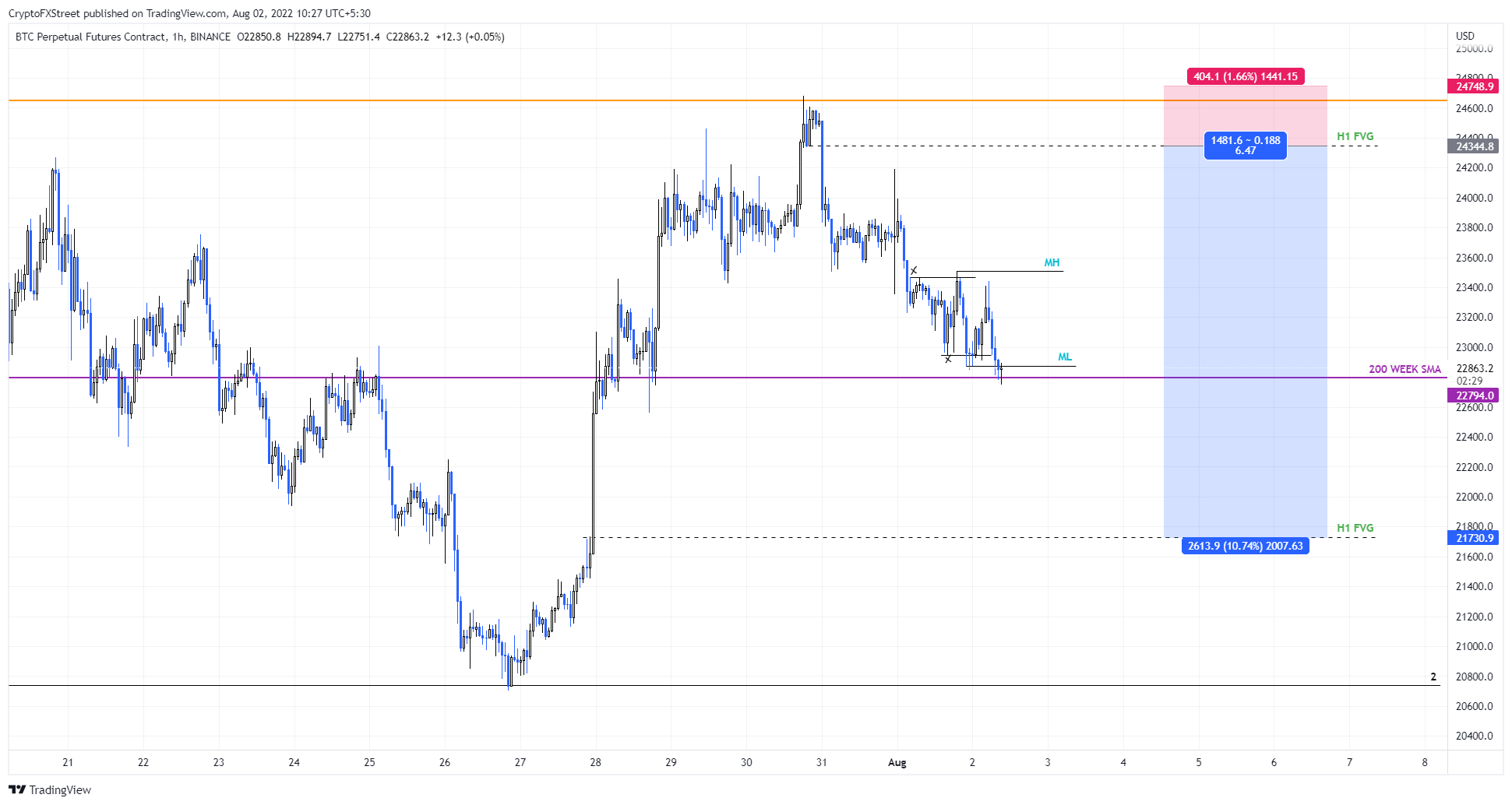 This trade is basically what would happen if trade opportunity #1 does not pan out and Bitcoin price produces a four-hour candlestick close below 200-week SMA at $22,794, In such a case, investors can wait for BTC to retest the newly flipped resistance level.

Rejection at the 200-week SMA will serve as a secondary confirmation, in which case, investors can open a short position with a stop-loss place generously above MH. 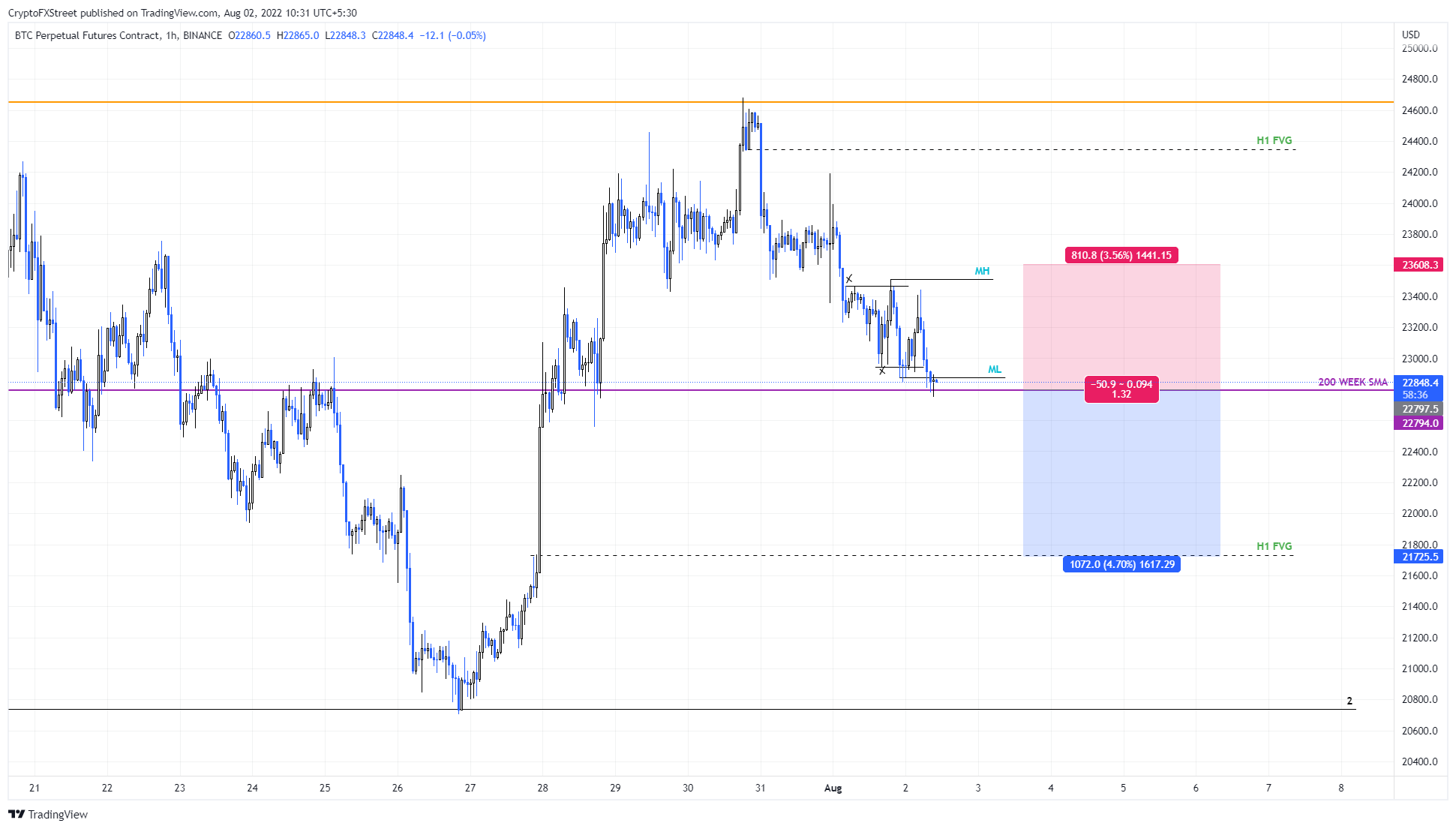 Unlike the first or the second trade, the third one has a high risk due to the uncollected liquidity and the price inefficiencies present to the upside. Hence, market participants should consider all the possibilities before taking action.