VeChain price shows sideways movement in play after hitting a local top recently. Now, VET approaches a critical demand area, which will decide where it is headed next.

A breakdown of this support will result in a 9% drop to the lower range. However, a successful bounce could push it toward the local top.

The Moving Average Convergence Divergence (MACD) indicator exhibits a bearish bias on the 12-hour chart, suggesting a minor crash could be on its way. The MACD line (orange) has slid below the signal line (blue), forming a bearish crossover. Such a move depicts that the short-term bearish momentum is rising, promoting a drop.

Hence, a breakdown of the said demand will result in a retest of $0.205.

VeChain price is known to defy technical indicators and its up-only bull rally for the past three months signifies that. Hence, it should not surprise investors if VET disregards the MACD’s bearish crossover and proceeds to bounce from the demand zone to retest $0.251.

A decisive close above this level might allow VeChain buyers to propel it 12% toward the 161.8% Fibonacci extension level at $0.281 and beyond. 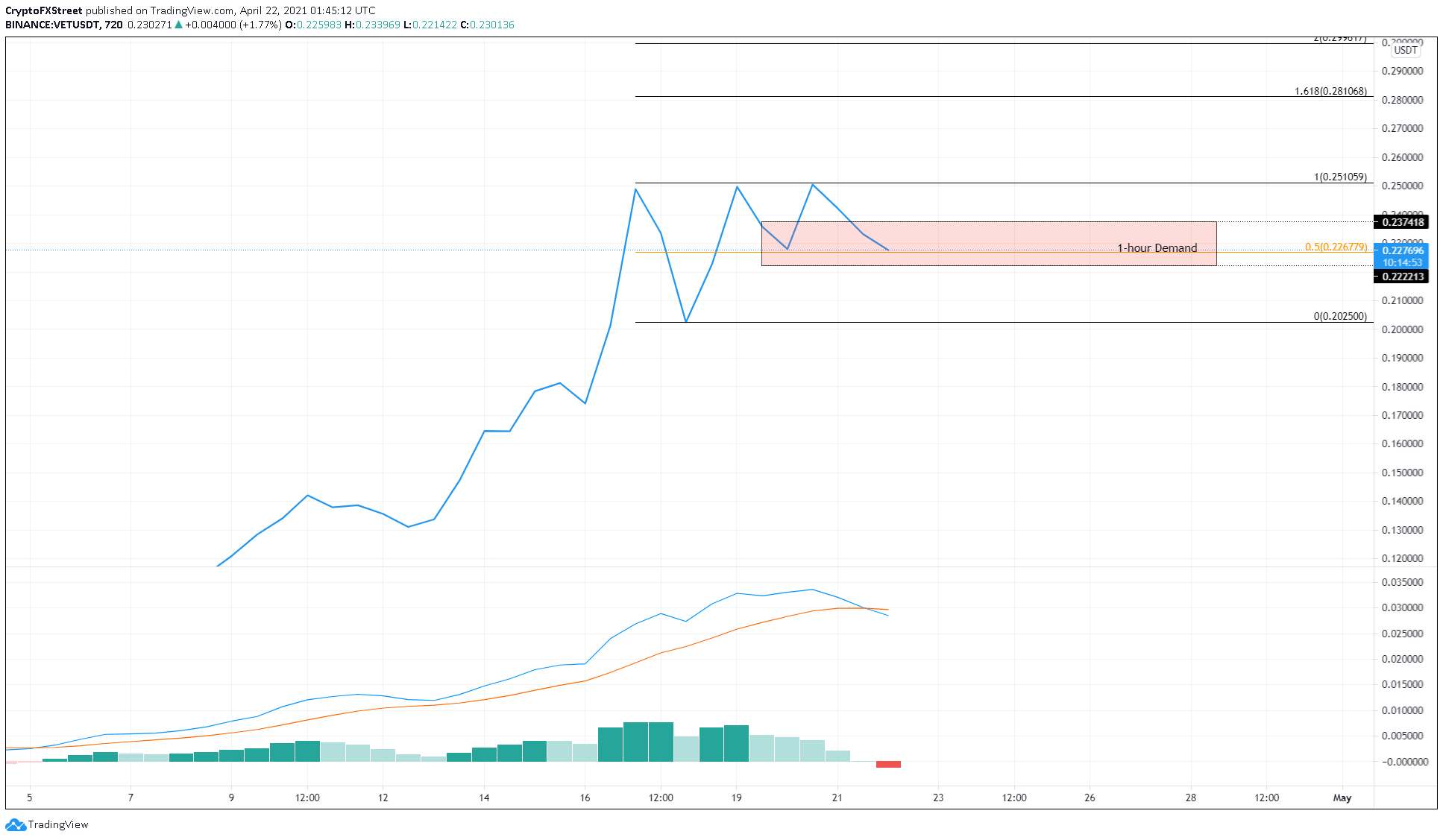 Invalidation of the bullish scenario will occur if VeChain price slices below $0.205 and trades there for an extended period. In such a case, a retest of the lower low at $0.173 seems likely.