VeChain price has found a bit of a bounce during the Wednesday trading session, gaining up to +8.5% from the open. Bulls no doubt feel some relief and a reprieve from the violent downswings for VeChain. The bounce, however, is likely temporary and limited in scale.

VeChain price likely to move higher to face significant resistance at $0.10; bears to resume pressure and move VeChain below $0.08

VeChain price has made some impressive downside moves since Monday, dropping over -25% to hit the bear’s target zone at $0.08. The resulting drop has placed VeChain into an inherently bearish position within the Ichimoku system by positioning the daily close below the Tenkan-Sen, Kijun-Sen and Cloud. However, the speed and size of the drop have created a significant gap between the close and the Tenkan-Sen.

Major gaps between price action and the Tenkan-Sen do not last very long within the Ichimoku system. This is because veChain price and the Tenkan-Sen like to be positioned relatively close to one another. So when a large gap does occur, that creates a trading opportunity known as a mean reversion setup. In other words, price is expected to return to the Tenkan-Sen.

The bullish bounce here is expected but will likely be capped at the $0.10 area. VeChain price has some significant resistance at the $0.10: 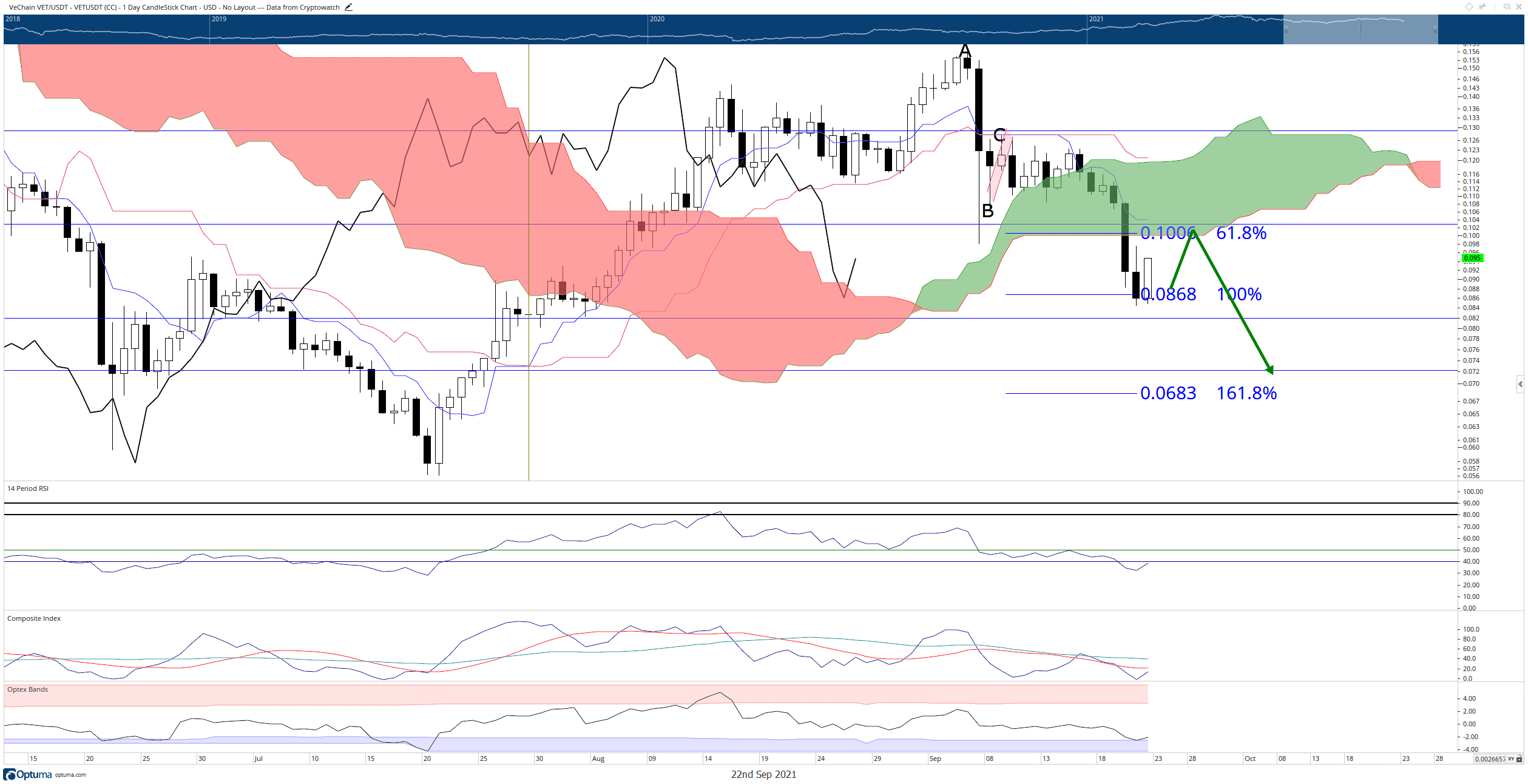 Bears will likely return to place more selling pressure on VeChain price if $0.10 is confirmed as resistance. However, bulls have a long road ahead to invalidate any near-term bearish pressure. First, bulls will need to push VeChain to a close above $0.13 to return to an undeniable bull market.