Despite shedding over 40% of its token value in less than two weeks, the VeChain blockchain has witnessed a palpable adoption by a major environmental group today. At the time of writing, VET price is feeling the brunt of the market downturn but vies to surge higher.

According to the recent announcement, ReSea Project has removed 305,240 Kg (672,938 lbs) of plastic from oceans and rivers. This movement has helped prevent more than 15 million plastic bottles from polluting naturally occurring water bodies like oceans, rivers and lakes in four months.

With the blockchain platform from VeChain Tech used to collect, record, and monitor collection data, we ensure that all data is stored securely, time-stamped, and immutable. The certification from DNV provides independent proof of our progress and traceability of the total collection process.

While VeChain adoption is already bearing fruit, VET price has seen a massive downfall over the past week.

VET price at an inflection point

Therefore, investors can expect a resurgence of buying pressure as VeChain price dips into this zone again. Further supporting a bounce from this area is the Momentum Reversal Indicator (MRI), which flashed a buy signal in the form of a green ‘one’ candlestick. This setup forecasts a one-to-four candlestick upswing.

A potential spike in buying pressure could result in a 54% upswing to the 50% Fibonacci retracement level at $0.218. If this bullish momentum persists, investors could see VET price test the lower boundary of the supply zone that stretches from $0.235 to $.266. Such a move would represent a 65% rise. 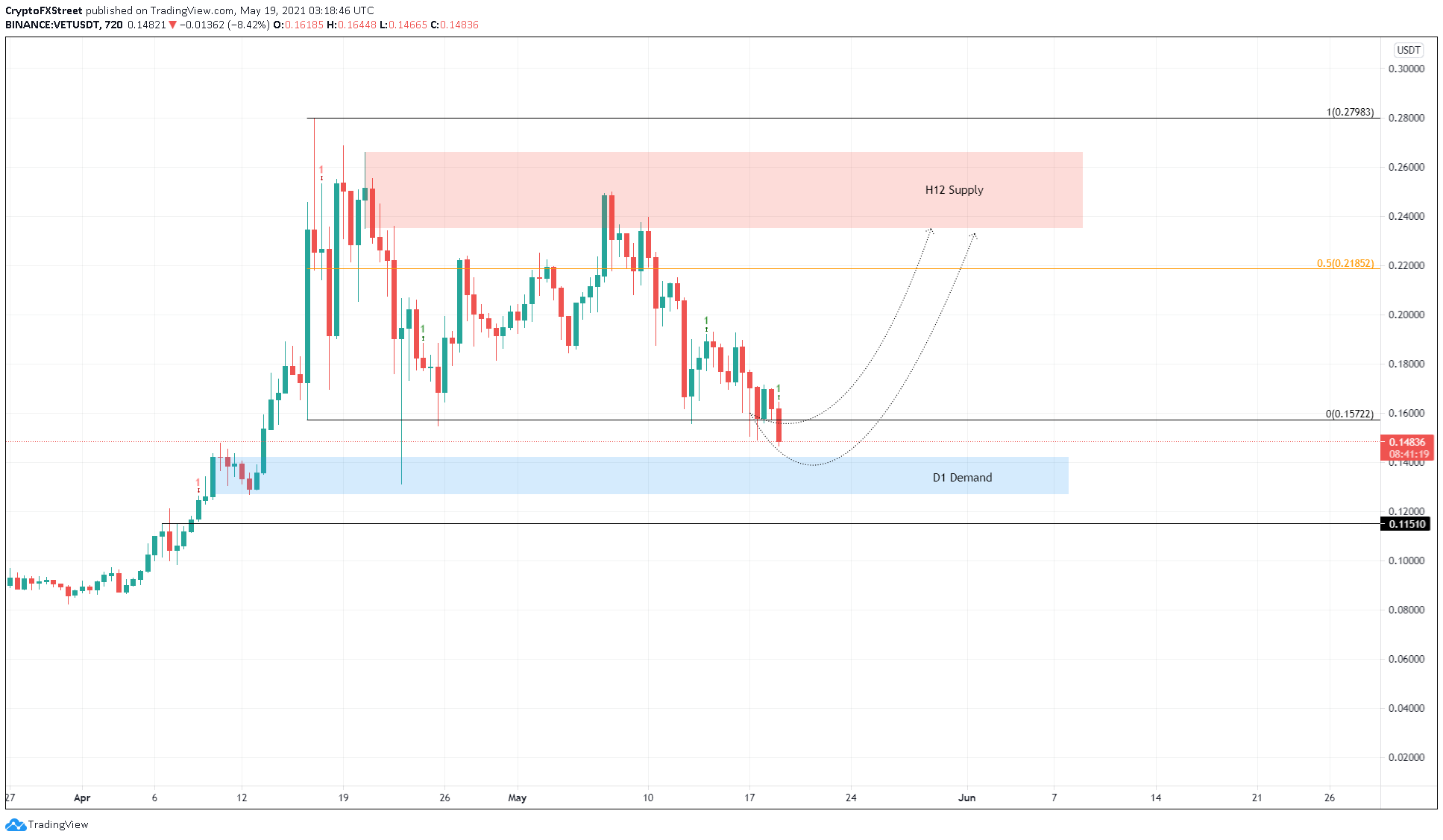 On the flip side, if the said demand barrier fails to support the collapsing VET price, the downtrend will likely continue. A decisive 12-hour candlestick close below $0.115 will invalidate the bullish thesis.

Under these circumstances, market participants could expect VeChain price to slide 14% to the support level at $0.098.