Statistics tell us that these buying levels are followed by powerful bullish moments. But the statistics are there to be broken. And right now, a break looks like it is going to happen. The quarterly expiration day of the Bitcoin Futures is once again marked as a black day for assets on the Crypto board.

Once again, Bitcoin suffered strong falls Bitcoin after two days of lateral movements. The support levels we mentioned yesterday were of no use, as they have all been breached and now form another zone of resistance that will make any bullish attempt even more difficult.

Bitcoin eyes the $5,903 area, where within a fifty dollar range we see the strongest resistance on the stage, where the minimums of a week and a month converge. Just five dollars lower, and as a first defensive barrier, six technical indicators are accumulated, among them the 23.6% Fibonacci level on the daily timeframe and some minor indicators as the maximum of the last 4 hours.

If you manage to overcome these resistance levels, you'll have a clear path to $6,270, where you'll meet resistance again in the form of the 38.2% Fibonacci level in the weekly range and then move up to the daily R2 Pivot Point or the Monthly S1 Pivot Point level.

Conversely, if the Bitcoin resumes the downward movement, it has to be practically carried away, as the only level to consider is $5,745 where the S1 levels of daily and weekly Pivot Point may not be sufficient to defend the new annual lows reached. 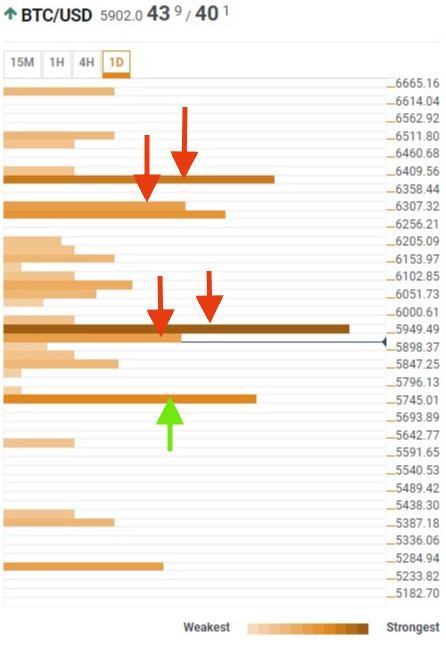 Ethereum suffers like the others and loses almost all its support after two days of the sideways movement. I already said that they didn't propose anything good. It is currently moving at $414, just $4 above the only support capable of giving the movement ground.  Seven different indicators converge on this level, the most important of which is the S1 Pivot Point level in the daily range and also the maximums within 4 hours.

On the upside, all the levels that used to support lines now switch to resistance, so the road will not be easy. The first hurdle is between $425 and $430, where two Fibonacci retracement levels converge: the daily and the S1 Pivot Point level daily. If Ethereum manages to overcome this level, it will face many lower-ranking obstacles to the $450 level where the monthly and weekly lows are the most critical point of resistance. 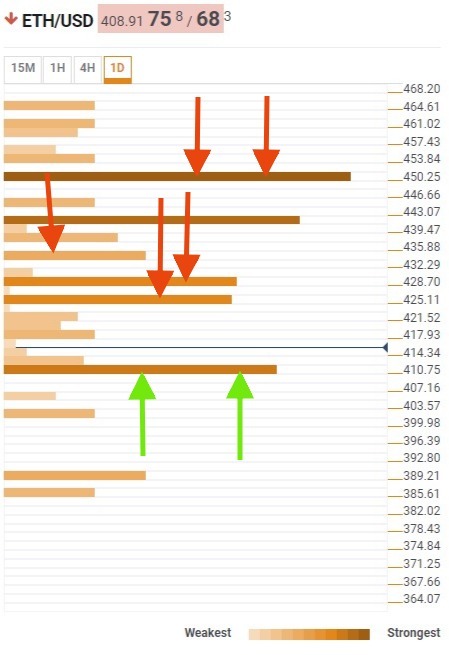 Ripple is the most affected of the three Cryptocurrencies analyzed. It's down over 7%, leaving the day's lows at $0.42. It is now recovering to $0.43, but it will be challenging for XRP/USD to make further progress in the face of the enormous amount of resistance he faces. The first of these is at the $0.435 level where the daily Pivot Point S1 is located. At $0.44, yesterday's high, and at $0.447, the weekly Pivot Point S1 resistance level. I recommend you take a look at it, as even at $0.492 it's a real minefield ahead of the Ripple.

Ethereum on the downside, however, does not have much support. The confluences are few and support levels are of little importance form those that exist. The only significant area, between $0.41 and $0.40, is the weekly Pivot Point level S2 and the daily Pivot Point level S3. 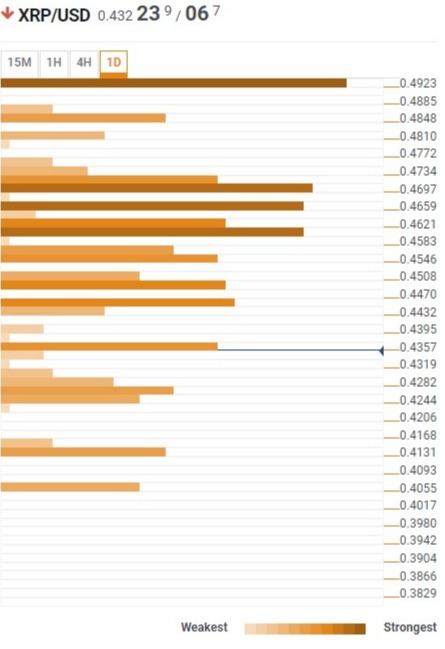