Bitcoin price has shown resilience to sellers as buyers stepped in after retesting a historically strong support level. This development has caused Ethereum, Ripple and other altcoins to trigger a premature rally.

Bitcoin price shows an interest in sliding lower to collect liquidity, resting below the equal lows at $22,584. This move will be a market manipulation that will signal a trend reversal next. As a result, investors can expect BTC to trigger a move to the one-hour price inefficiency, aka Fair Value Gap (FVG).

This move could further trigger a crash to $20,737, where a ton of liquidity is resting in the form of sell-stops.

While this short-term move vows to clear the liquidity on both sides, the end result of confirmation of a further uptrend would arrive after BTC flips the $25,000 level into a support floor. 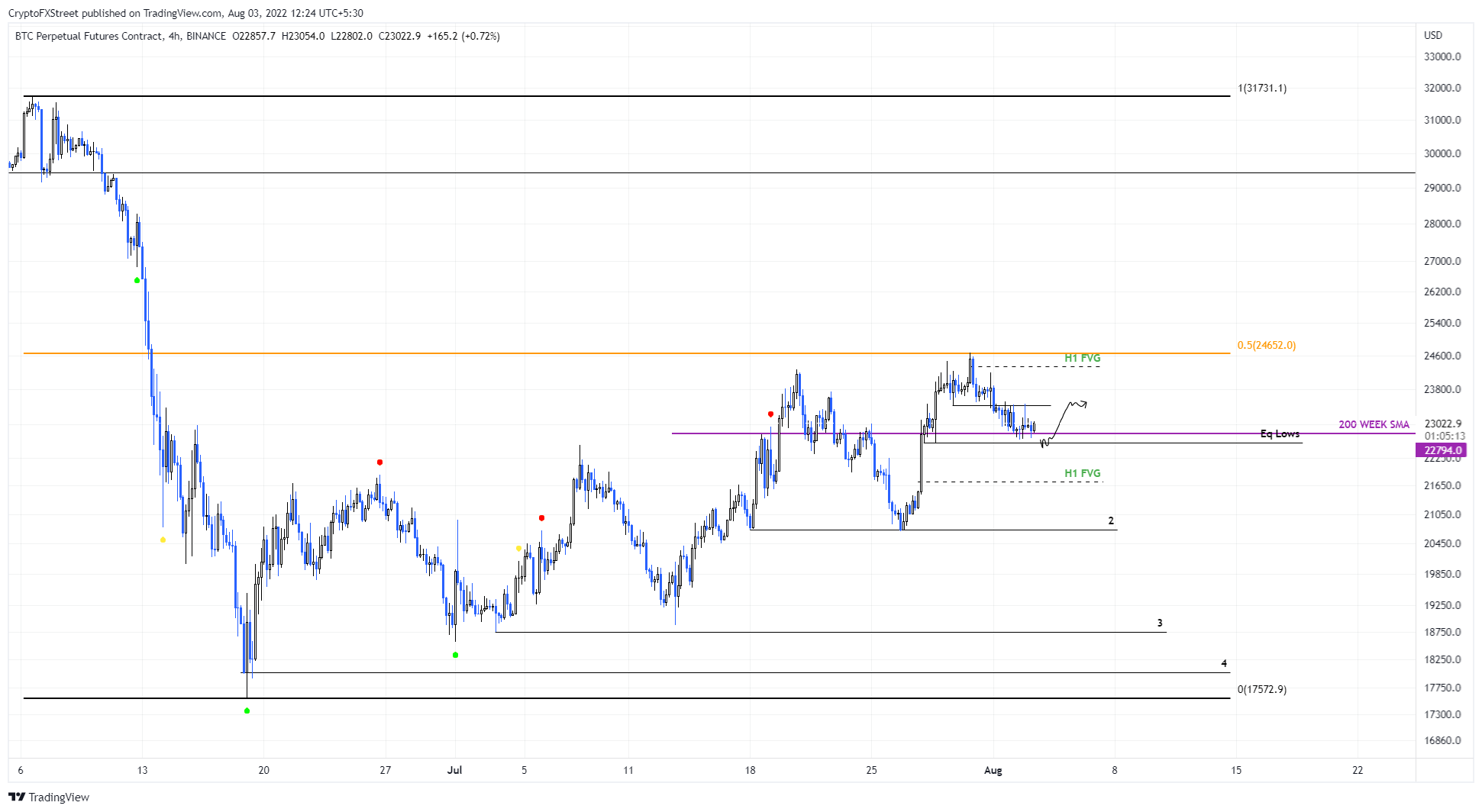 On the other hand, if Bitcoin price produces a daily candlestick close below the $19,000 support level, it will invalidate the bullish thesis and potentially trigger a crash to $13,000.

Ethereum price faced rejection at the $1,730 resistance level and dropped 9% to set a temporary swing low at $1,557. Although a further move to the downside might be possible, a reversal here would leave the four-hour price inefficiency, aka FVG, at $1,470 uncollected.

Therefore, overly eager investors need to be careful about the ongoing sell-off as a reversal here could catch these traders off guard. 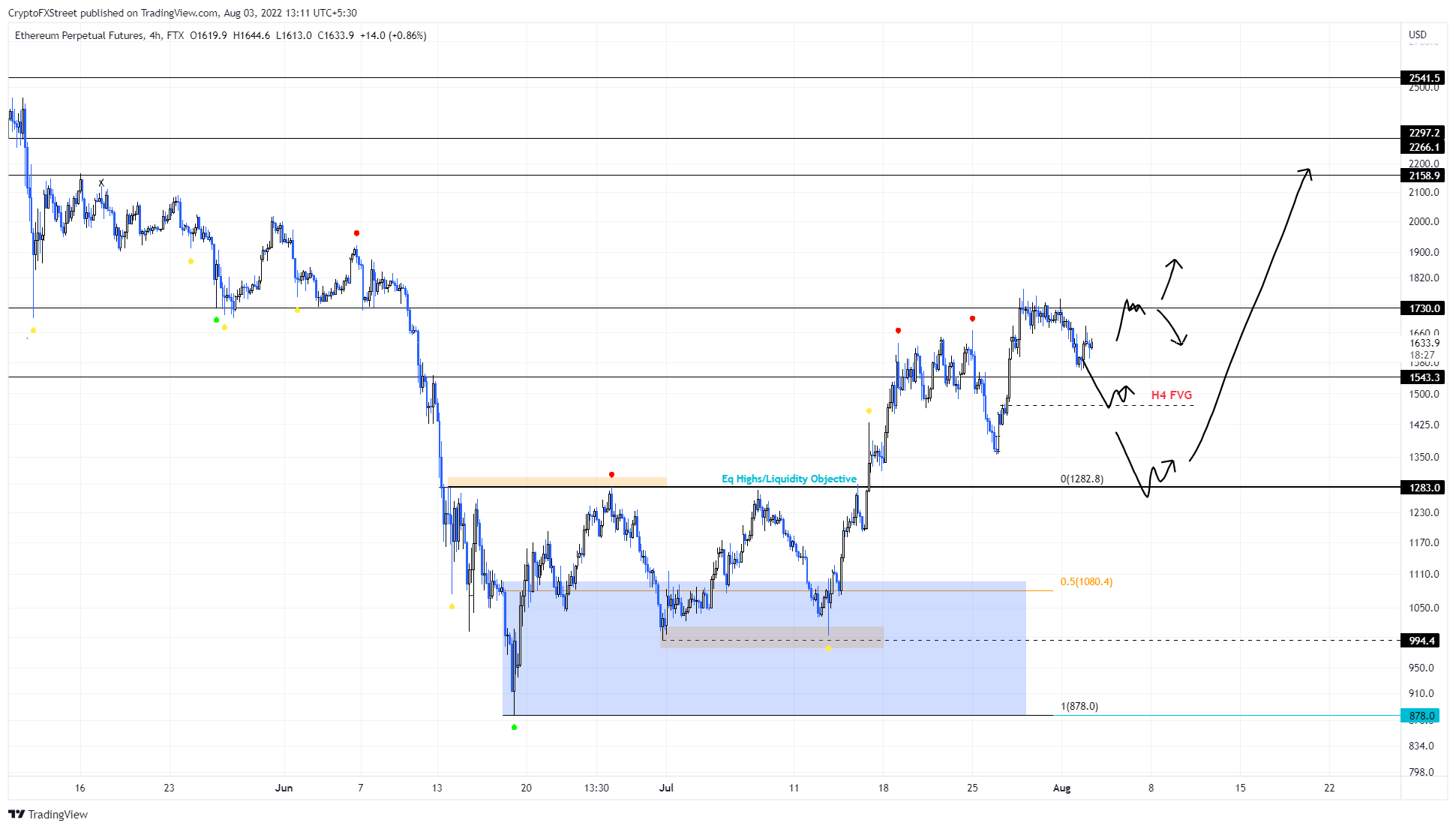 On the other hand, a breakdown of the $1,228 support level will invalidate the bullish turnaround thesis for Ethereum price and trigger a crash to the $1,080 and $887 barriers.

Ripple price sliced up through the $0.381 hurdle but failed to maintain momentum. The lack of buying pressure led to a reversal that has knocked XRP price down by 11% over the last three days. 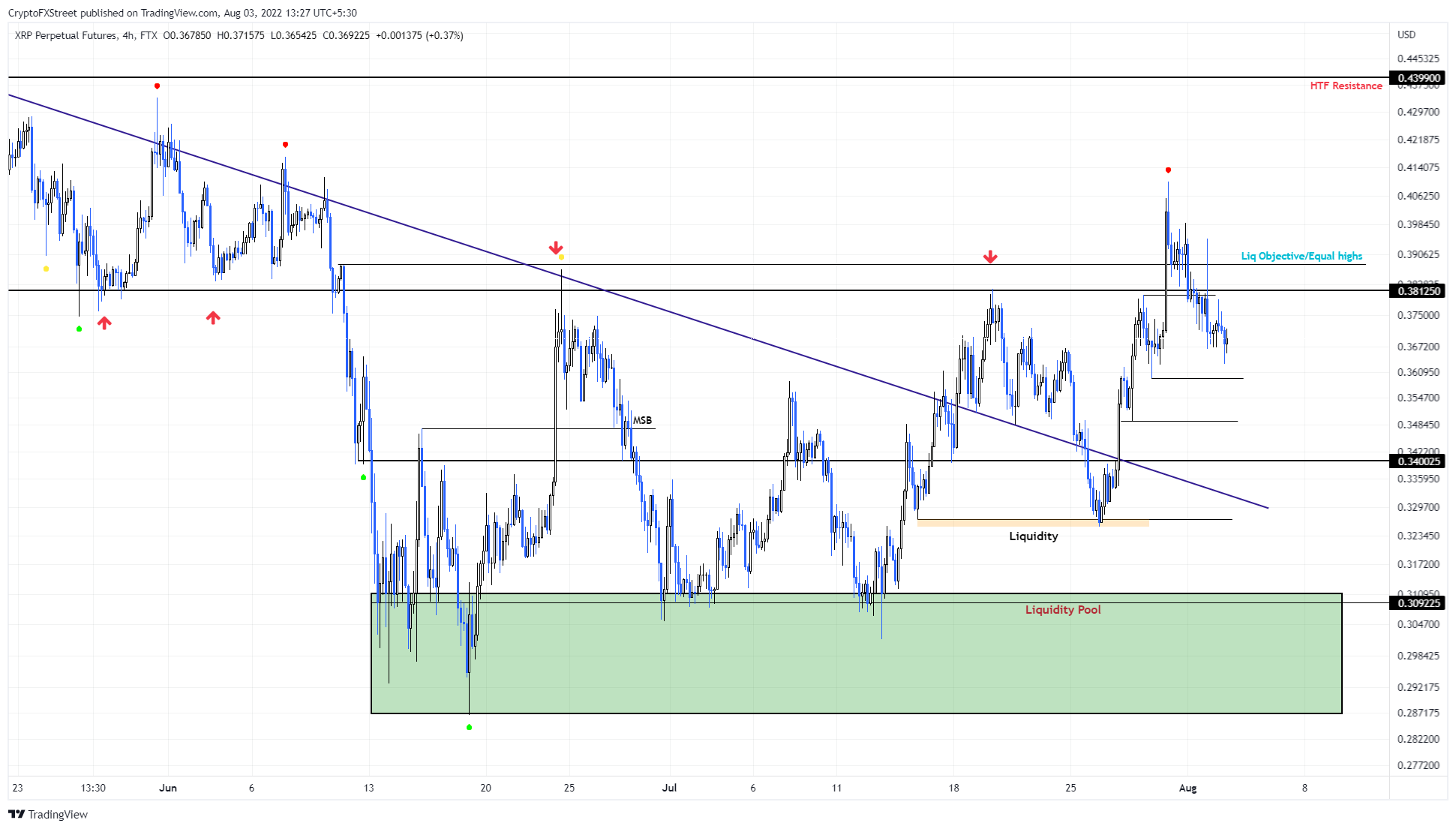 Regardless of the bullish outlook for Ripple price, a flip of the $0.340 support level into a resistance barrier will invalidate the bullish thesis and potentially trigger a crash to the $0.326 and $0.309 support levels.