Bitcoin price has kick-started its attempt to move higher, picking up Ethereum and Ripple along with it. Investors can expect BTC to revisit Monday’s high and reevaluate directional bias from there.

Bitcoin price bounces off the lower trend line of the ascending parallel channel, which is formed after drawing trendlines above and below three sets of higher highs and higher lows. Investors can expect BTC to slice through the 100-day Simple Moving Average (SMA) at $41,009, which is the first major hurdle. 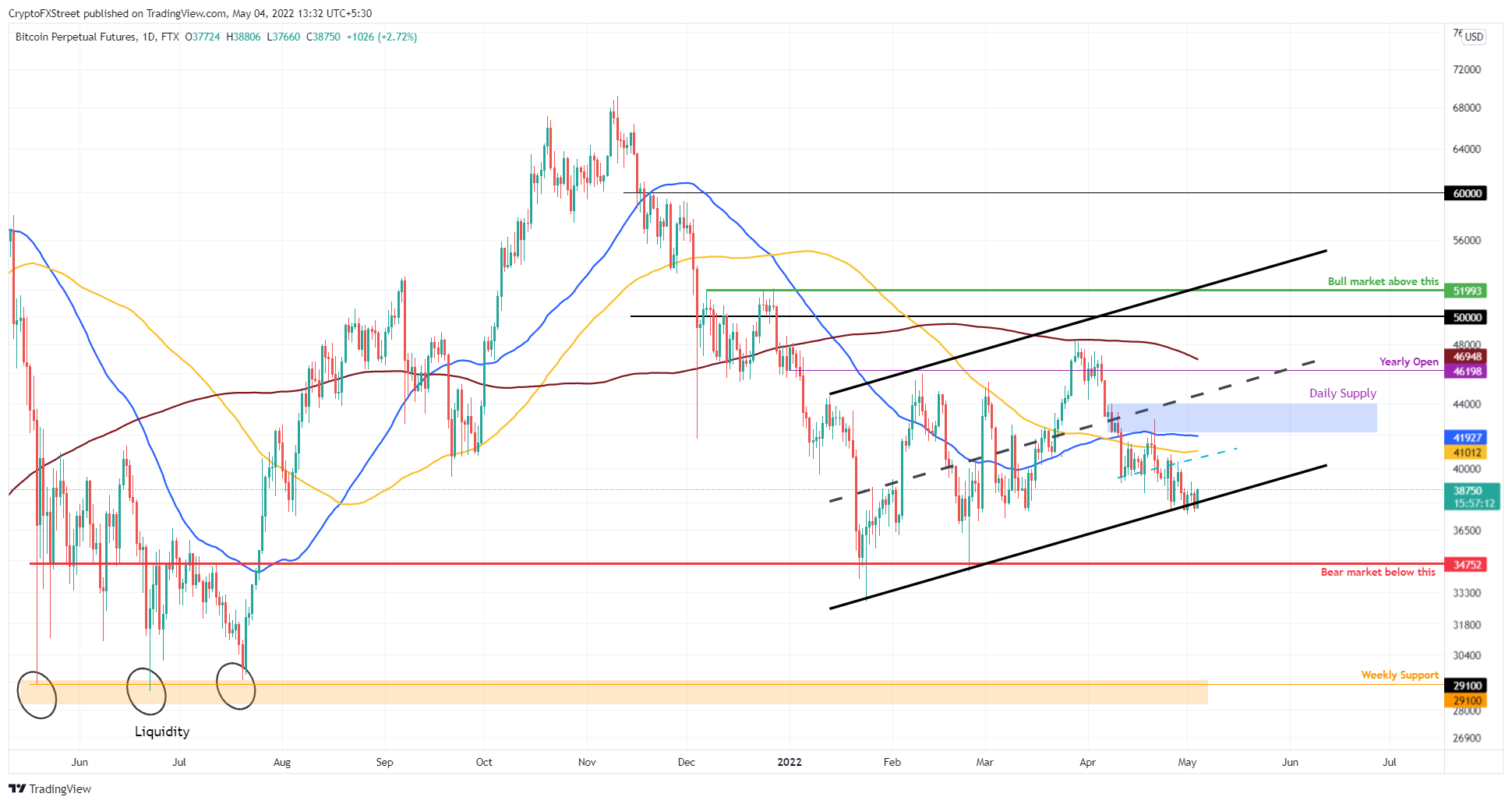 Regardless of the bullish outlook, a daily candlestick close below the $34,752 support level will invalidate the bullish thesis and trigger a crash to $30,000 or lower.

Ethereum price to reverse the trend

Ethereum price is in a medium-term ascending channel created by connecting its two higher highs and three higher lows since January 28.

The third retest of the lower trend line has shown a bullish reaction – lead cryptocurrency  BTC is recovering and influencing the rest of the market. Regardless of the bullishness, ETH needs to flip the 100-day SMA at $2,914 followed by the 50-day SMA at $3,069 to continue rising. This development is key to triggering a move that tags the 200-day SMA at $3,443.

While a move to $3,500 is likely, a surge in buying pressure could extend the run-up to the $4,000 psychological level. 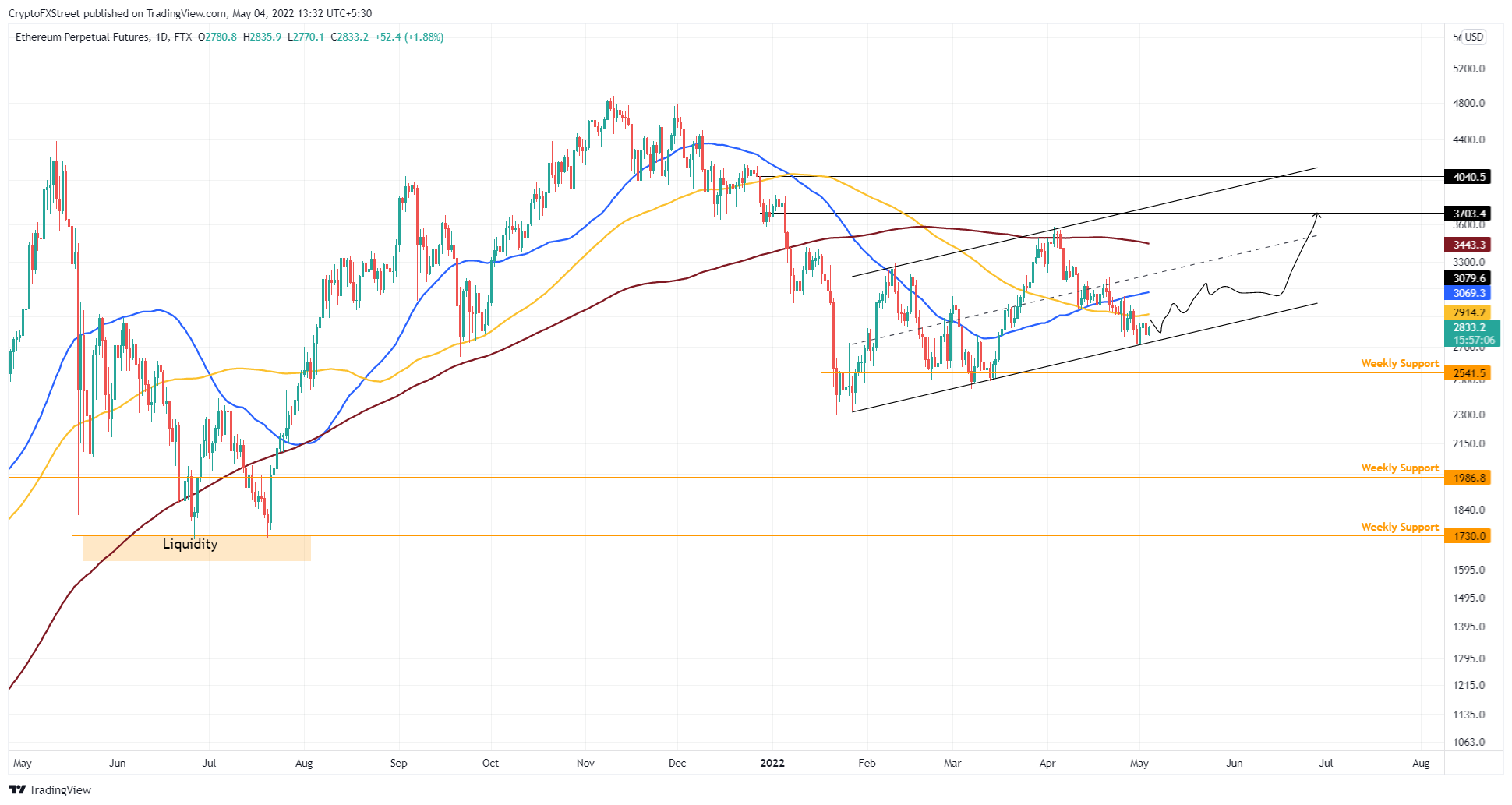 On the other hand, a daily candlestick close below the weekly support level at $2,541 will indicate a resurgence of selling pressure and invalidate the bullish thesis. This could trigger a further crash to the $2,000 psychological level.

Ripple price purged the downside pressure by collecting the liquidity resting below the $0.60 support after a 30% crash.  XRP price has since moved back above the said foothold, indicating that buyers are in control.

A resurgence of buying pressure is likely to propel XRP price up to the immediate hurdle at $0.696. Clearing this barrier will present two further resistance levels for Ripple bulls to overcome - the 50% retracement level at $0.735 and the 2022 volume point of control at $0.768.

For now, the market structure looks uncertain due to the choppiness of Bitcoin. Therefore, investors can expect a local top to form around $0.768, representing a 25% ascent from the current position at $0.615. 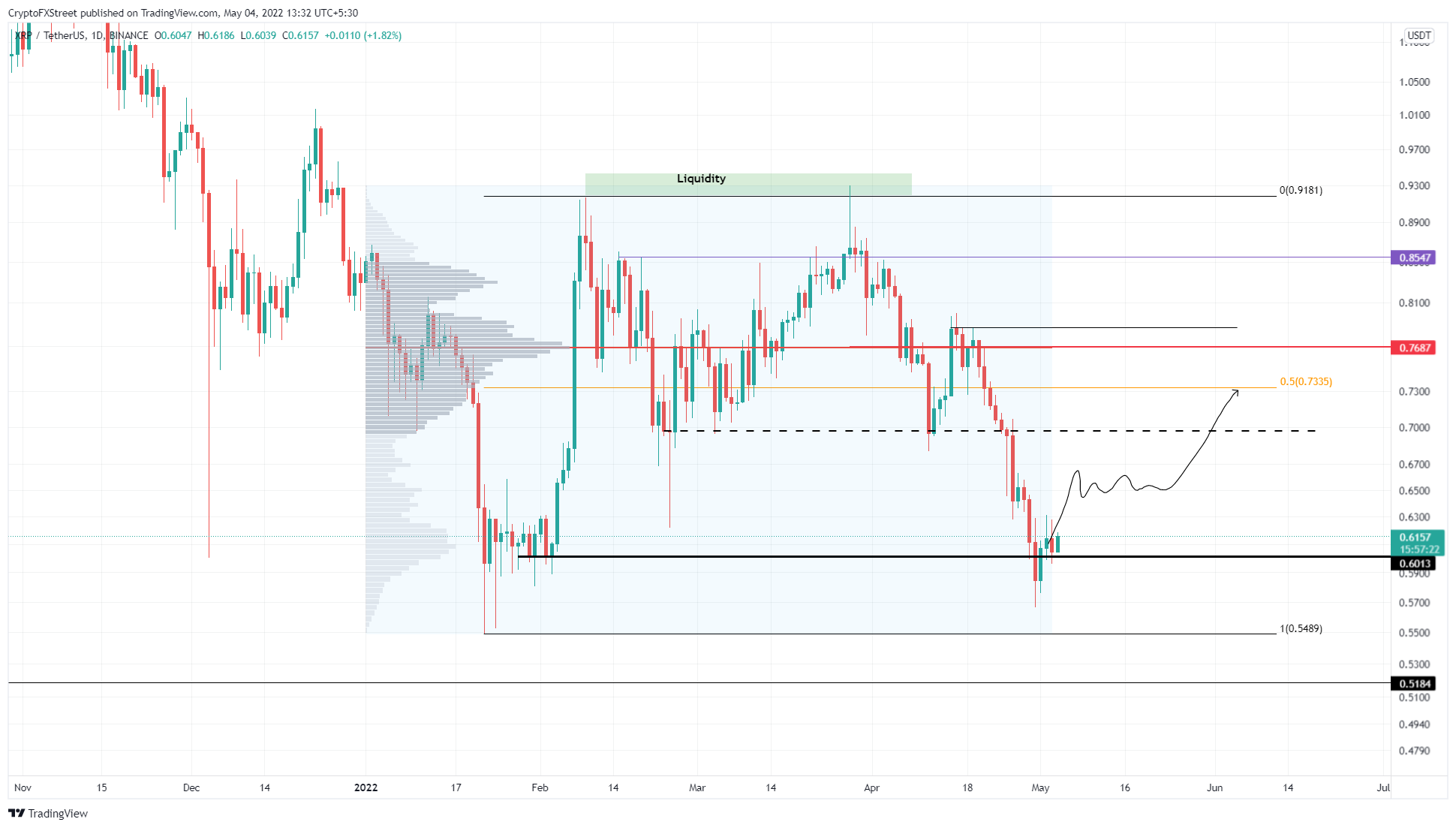 A daily candlestick close below the $0.601 support level will produce a lower low and invalidate the bullish thesis. In such a case, XRP price is likely to crash to the $0.548 support level.