Bitcoin dipped in the US trading session after the Fed gave markets the message that they expect to make more rate hikes in 2022g. Since then, however, price action has been kept very much contained by bulls. We see a similar pattern in the other two majors, Ethereum and Ripple, with each finding strong support around a technical element, and the Relative Strength Index (RSI) flatlining, and thus paving the way for bulls to start an uptrend.

Bitcoin (BTC) price kept its losses relatively contained as markets rolled over after Fed Chairman Powell’s. Markets have quickly shrugged off the negativeness and are looking forward to the fact that fundamentals are still strong and no risk bubbles were mentioned soon. With that general assessment, investors are now coming in ‘large’ and buying up for the long run, now that the cat is out of the bag and the rate path for 2022 has been communicated.

BTC prices can only go upwards from now on as market uncertainty over the Fed’s intended rate path is now clear, and this will add to more tailwinds that will lift sentiment in Bitcoin participation. Expect a first wave in the US session to push BTC higher to test $38,073, followed by $39,780. The monthly S1 support value is almost at that same level, so some short-term profit-taking could be triggered, but that will not be enough to halt further uptrend momentum. With the RSI flatlining at the moment right on the oversold frontline, bulls have a significant incentive and more upside to come, which could materialize in a return towards $45,000 by the end of next week. 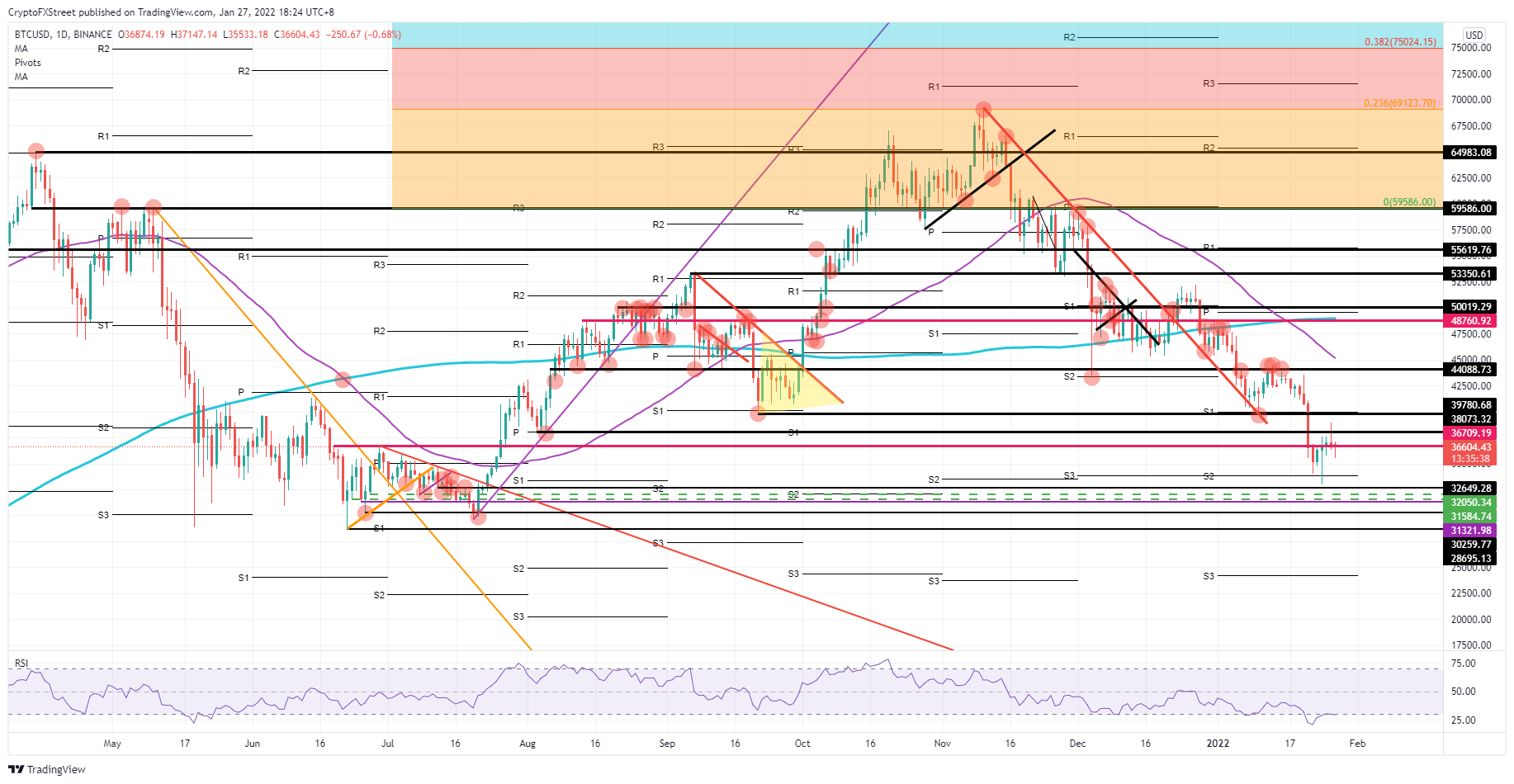 The only considerable remaining tail risk that is looming is the geopolitical situation between Russia and Europe. An escalation could trigger global risk aversion and push Bitcoin price back to this week's low near $32,649. Again the monthly S2 and the fade bandwidth just below will see bulls awaiting any breaches in that area before picking up some price action. That would mean that Bitcoin price could correct towards $30,259 at a maximum in case of any escalation of tensions.

Ethereum tapped its toe at $2,695 and looks set to test and breach that level to the upside

Ethereum (ETH) price had to give up almost all its gains; but bulls were still able to eke out a tiny bit of profit and able to produce an opening price above the monthly S2 support level at $2,377. With this, waiting bulls will be more convinced to go long ETH, and an accelerated move to the upside will materialise towards the US opening bell. Yesterday, ETH price action already tested $2,695 and looks set to do it again today.

ETH price closing above $2,695 by the end of this trading session would be the best possible outcome and would show to markets that this pop is viable for an extension and can withstand some short-term profit-taking. More investors will want to be part of the market and will buy into ETH price action as more hedge funds and investment funds will start to pick it up as well, after processing the Fed rate decision from yesterday evening – the RSI also holds plenty of room for more upside to come. 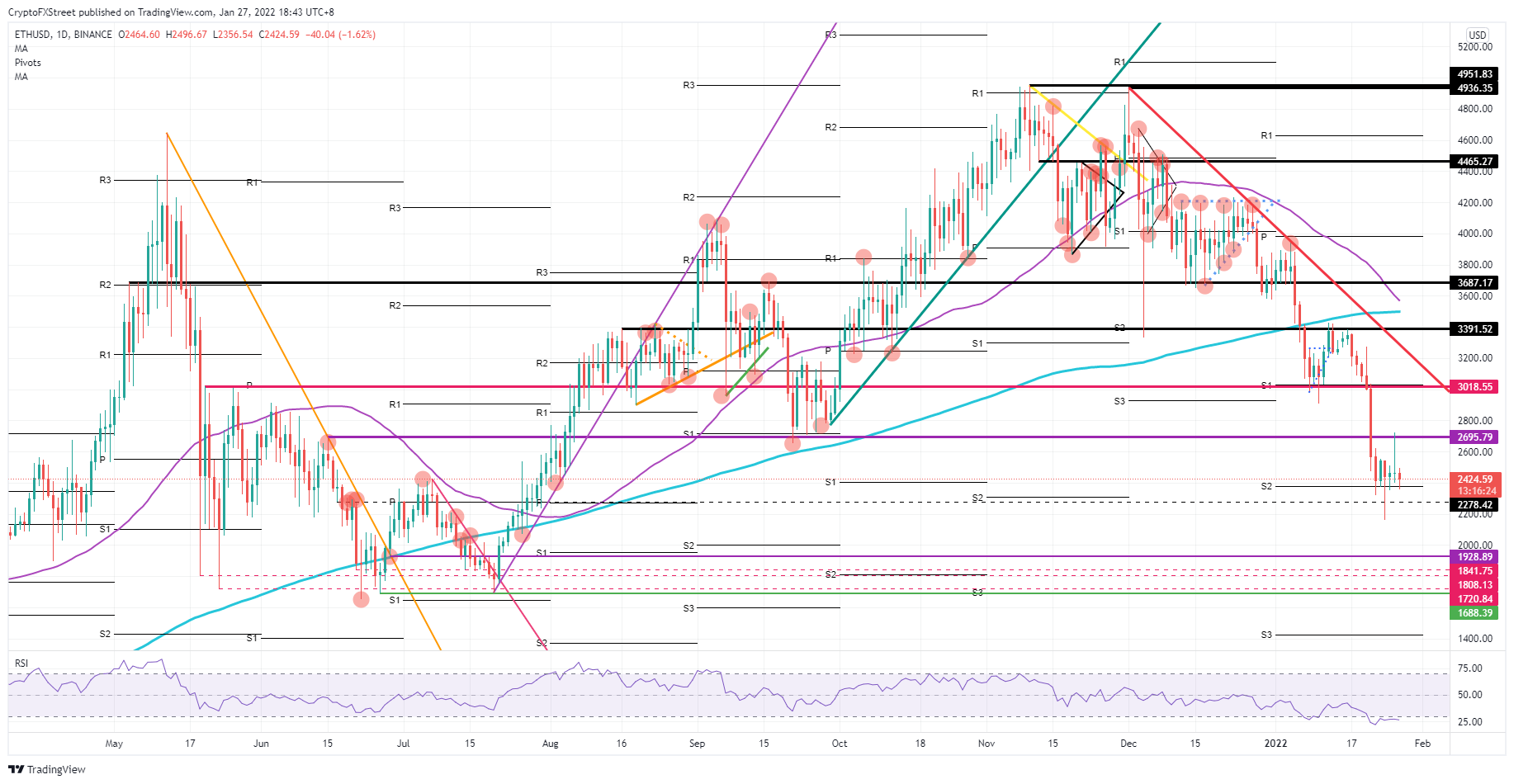 Should significant interest from hedge funds and investors prove to be nonexistent, the risk could be that bulls start to pull their funds, triggering a further correction. This would mean that ETH price takes a step back and tests the low of Monday at around $2,200. With that, the door is open for a short test towards $1,928, which would result in a 20% loss.

Ripple (XRP) made a copy-paste of Ethereum price action yesterday and today, with the only difference that the monthly S1 support at $0.58 provided the floor, supporting bulls and saving them from being squeezed out of their positions. With that said, expect a bullish reversal later on in the US session as global markets will be quick to shrug off the Fed policy guidance, since markets do not need to tweak that much to what was already priced in. Expect a run up and close above $0.62, which will open the room for an uptrend targeting $0.78 by the end of next week, with the RSI perfectly positioned for any bullish entry. 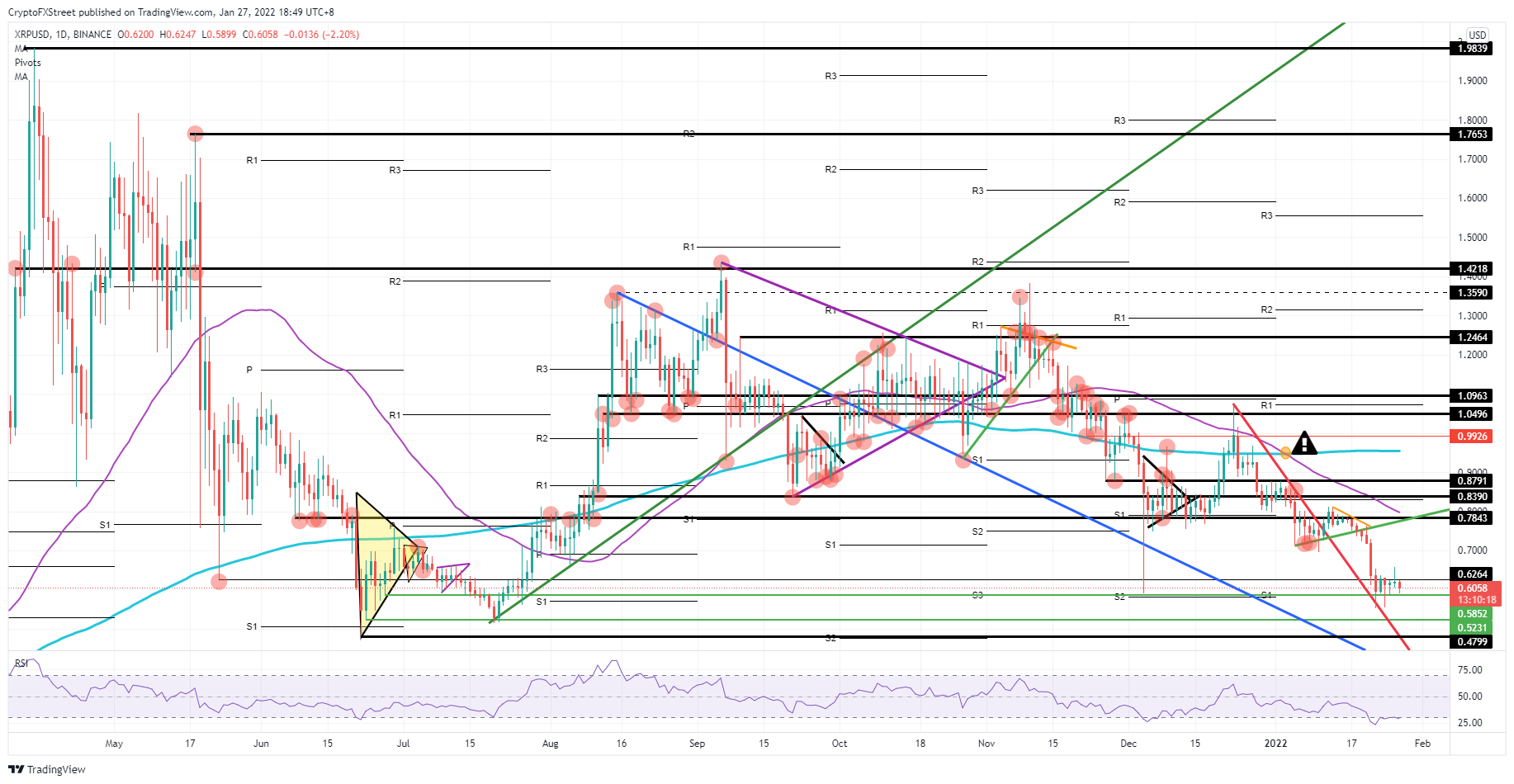 Risk to the downside consists of a reshuffle in global markets as risky assets could be in less demand if investors choose more safe havens or equities that can withstand a tighter economic environment. For cryptocurrencies that would mean a waning demand, which would trigger a further downtrend and EThH dipping below $0.58. Depending on the severity of the move, price action could overshoot and touch $0.52 or even $0.48 briefly in the process.