Bitcoin price is in a pickle as it shows a lack of interest among buyers despite hitting a psychological level after roughly 100 days. The lull reaction could lead to a minor downswing that picks up buyers along the way, leading to a massive bull run.

Bitcoin price recently breached the $50,000 psychological support level for the first time in 100 days, but it failed to sustain itself. This could be a lack of buying pressure due to the already extended rally that spans from $28,000 to $50,000 and beyond.

While the overall structure remains bullish, BTC will likely retrace to the inclined trend line connecting the swing lows on August 6 and August 19 at roughly $47,800 or retrace to the $46,000 stable support level. 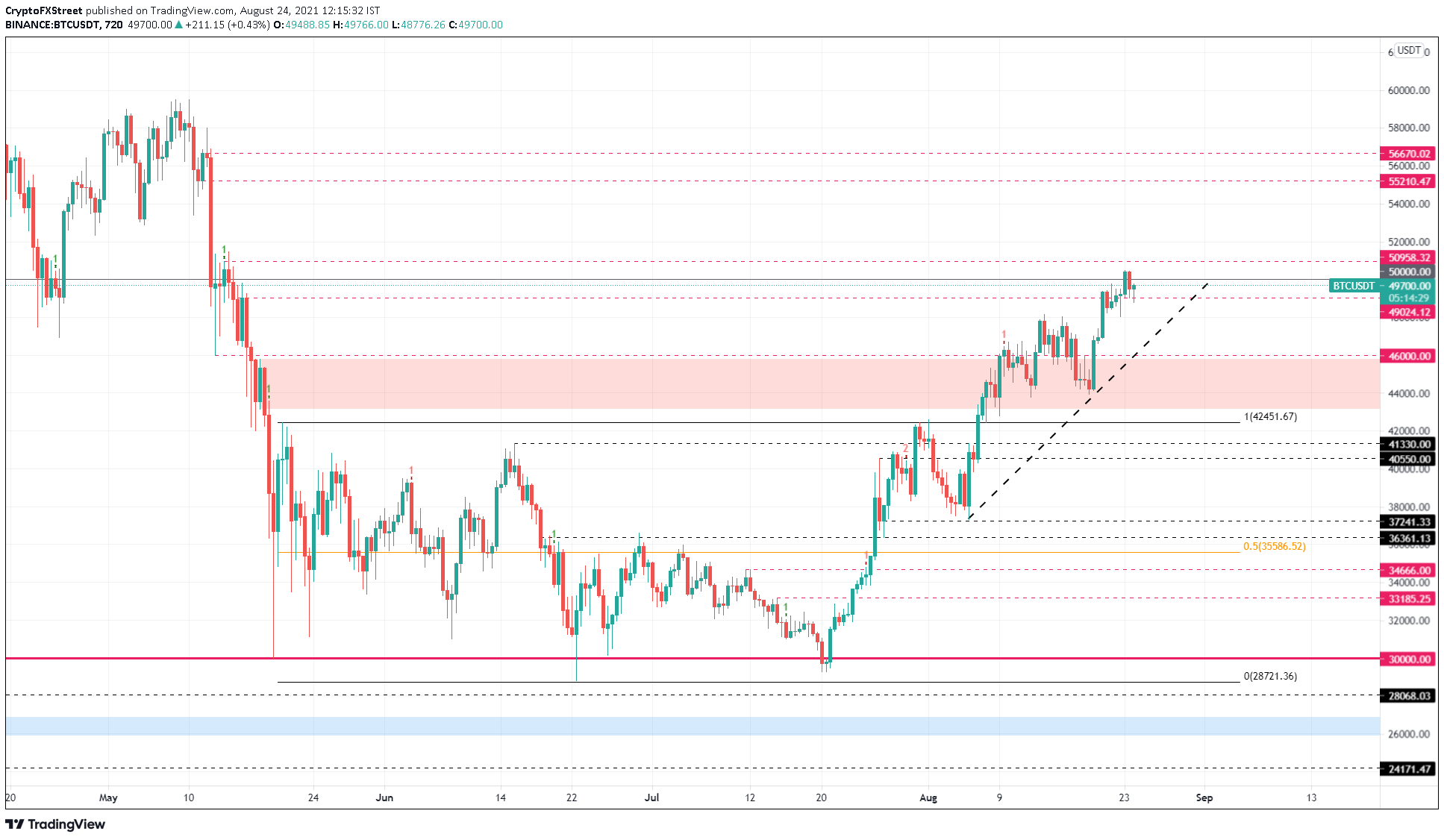 On the other hand, a breakdown of the $46,000 support level will implicate weak bullish momentum and trigger a further downswing into the demand zone ranging from $43,150 to $45,791.

While this move does not invalidate the bullish outlook, a convincing close below $43,150 will put an end to the optimistic narrative.

Ethereum price saw a consolidation after the August 7 upswing set up a swing high at $3,171. Since then, ETH has been coiling up with a minor upswing on August 20. Any attempts to move higher during this phase were blocked by the resistance level at $3,375.

If BTC continues to head lower, ETH will likely form a higher low or an equal low around $3,000 and prepare for the next leg-up.

The rally that stems from here could see Ethereum price grow by 24% to tag the $3,716 resistance level and, in some cases, the $4,000 psychological level. 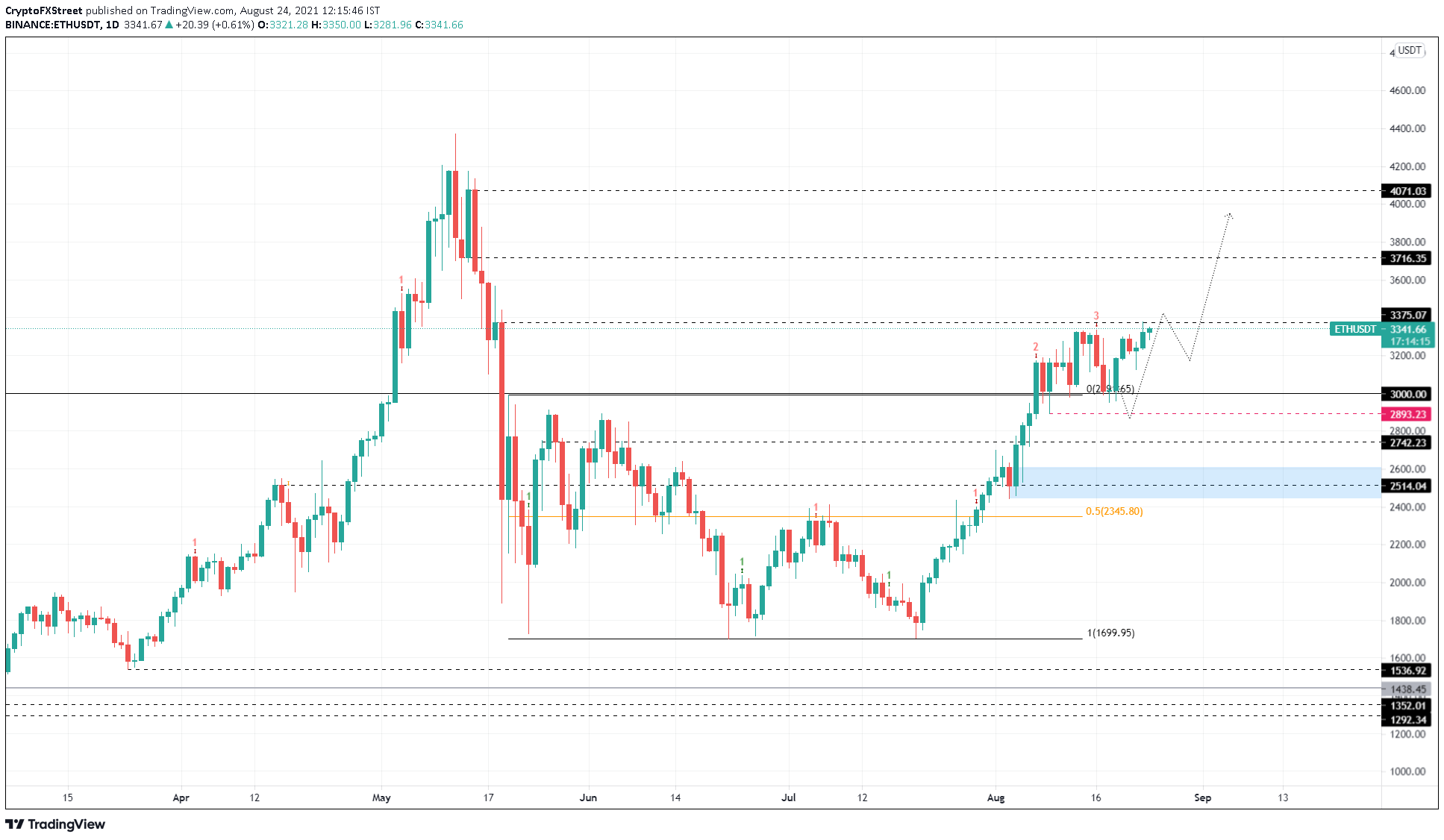 Regardless of the bullish outlook on the general cryptocurrency market, things will turn awry if Ethereum price fails to defend the $3,000 psychological level. A breakdown of the said barrier will instill doubt and fear among users and might potentially trigger a sell-off to $2,893, a breach of which will invalidate the bullish thesis.

This move might also catalyze a downswing to $2,742 or lower.

Ripple price seems to be less affected by the happenings in the cryptocurrency space as it struggles to overcome a crucial hurdle at $1.267.

The significance of this level stretches back to late 2017 and early 2018, as XRP price formed a swing high around $1.267 before setting up a new all-time high at $3.31. Therefore, investors need to note that a breach of this level will likely open the flood gates, pushing Ripple higher.

If such a move were to occur, XRP price would tackle the third hurdle at $1.70, roughly 36% away from the current position. 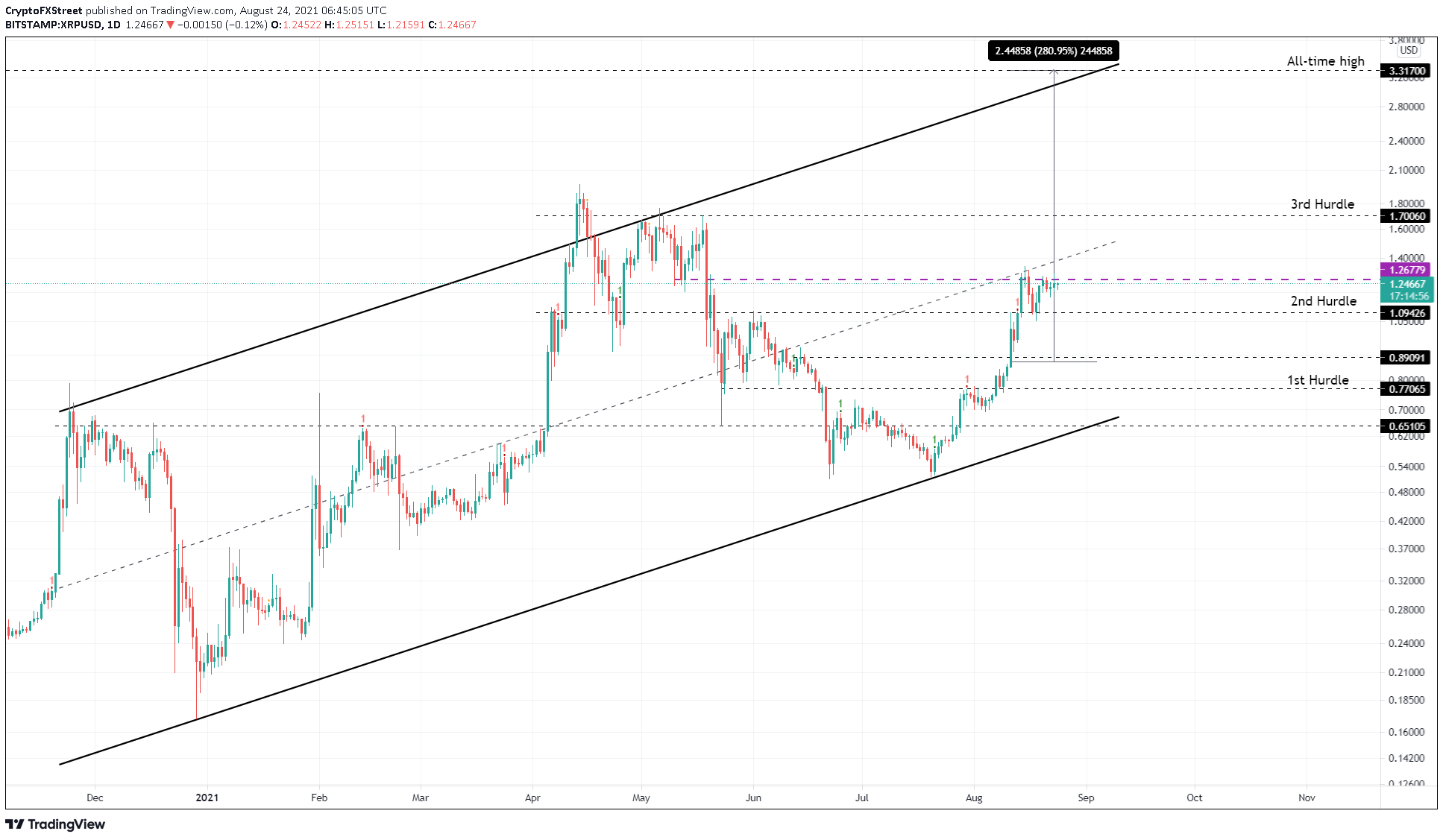 While an uptrend in XRP price is optimistic, a failure to breach the $1.72 resistance barrier will delay the uptrend. In some cases, a minor downswing to $1.09 or $0.89 will be seen. However, a decisive daily candlestick close below the $0.89 support barrier will set up a lower low, invalidating the bullish outlook.