BTC/USD has found some short-term support above $6,700. It is on a confluence formed by a combination of significant indicators, such as the 38.2% Fibonacci level in the daily range or 4-hour moving averages. Above this level, yesterday's high of $6,783 as an intermediate barrier to the true upward hurdle of $6,850, formed by the confluence of Pivot Point's R1 level in the weekly range and Fibonacci's 161.8% in the daily range. 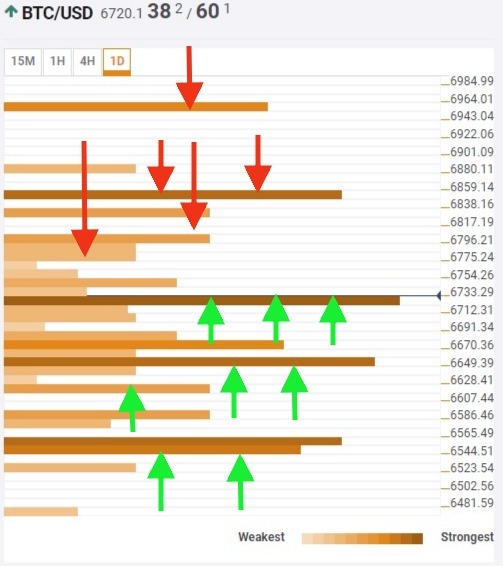 On the downside, apart from the $6,700 support, BTC/USD would find the second support at $6,660, which includes the weekly 161.8% Fibonacci, and the daily Pivot Point S1. Twenty dollars lower, BTC/USD is expecting the Pivot Point S3 daily and both the Fibonacci 38.2% weekly and monthly.

Ethereum is in a zone equidistant between the first zone of support consisting of $470 and $498 where strong resistance is expected. 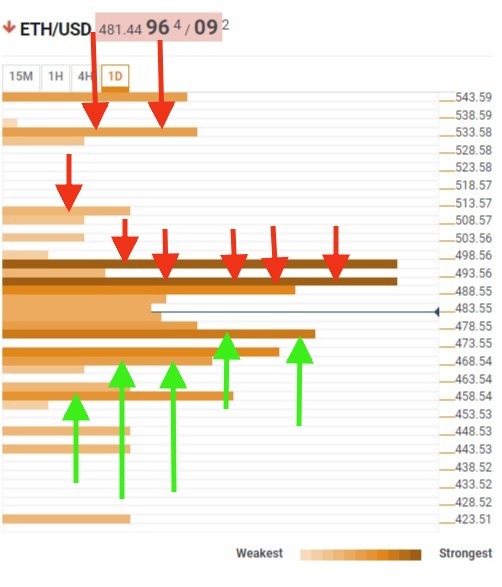 Ripple has more resistance than support to help it in the event of falls, all of which is centered a bit above $0.477.

The first one is just below the current price and where the 23.6% of Fibonacci daily tops the list of indicators to take into account. Further down, XRP/USD would find support at $0.475, where Fibonacci's weekly decline of 61.8% and yesterday's highs converge. The $0.472 level awaits ETH/USD with the S1 Pivot Point level in the daily range. In case the downward move doesn’t stop here, the coin may continue to $0.467 where the S2 Pivot Point level could provide support. 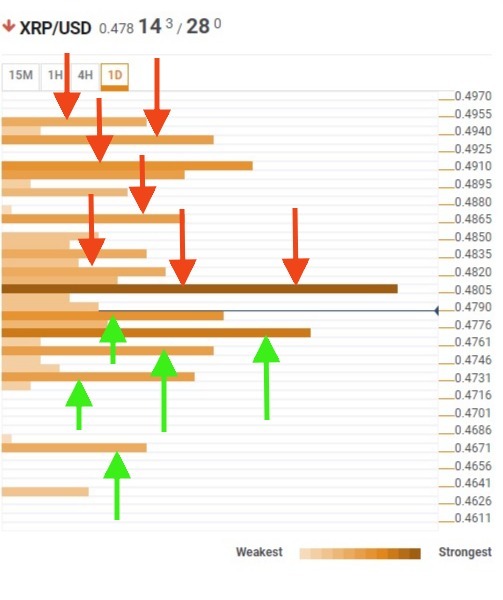 On the bullish side, the most crucial challenge is at $0.48, where the Fibonacci retracement of 38.2 % and the maximum of 4 hours converge. The heavyweights of this series of indicators that are acting as resistances are above $0.49, such as the 23.6% of Fibonacci in monthly, the 38.2% in weekly and the R2 of Pivot Point calculations in daily range.

All in all, it is not going to be easy for Ripple to get past this area.

Bitcoin Price Analysis: BTC bulls may hit a brick wall on approach to $9,800

Bitcoin (BTC) extended the recovery to trade at $9,750 at the time of writing. The first digital asset bottomed at $9,300 on February 19 amid massive sell-off and managed to regain some ground since that time.

Bitcoin Cash explored the region at $350 as I discussed in the previous article. However, the bulls quickly entered the market ready to buy low and push the price upwards. BCH/USD is already in the green ...