Synthetix (SNX) has gradually grown to become the largest decentralized finance (DeFi) token despite the bearish wave across the cryptocurrency market in the last few days. The pioneer digital asset, Bitcoin, is struggling to reverse the trend and perhaps avoid losses under $30,000. Meanwhile, SNX's market capitalization soared to $1.7 billion, claiming DeFi's top spot.

Synthetic rises above Aave and Uniswap by market capitalization

Unlike the larger cryptocurrency market, the DeFi sector is very competitive, whereas Bitcoin has remained in the reigns since the beginning. According to the data by CoinMarketCap, Synthetix's market cap has recently hit a new all-time high at $1.7 billion.

This token now ranks first among DeFi projects, after surpassing assets such as Aave (AAVE) and Uniswap (UNI). Aave's market capitalization currently stands at $1.55 billion, while Uniswap has a $1.52 billion market value. Other top DeFi tokens are Maker with $1.47 billion and Yearn.Finance with $882 billion. 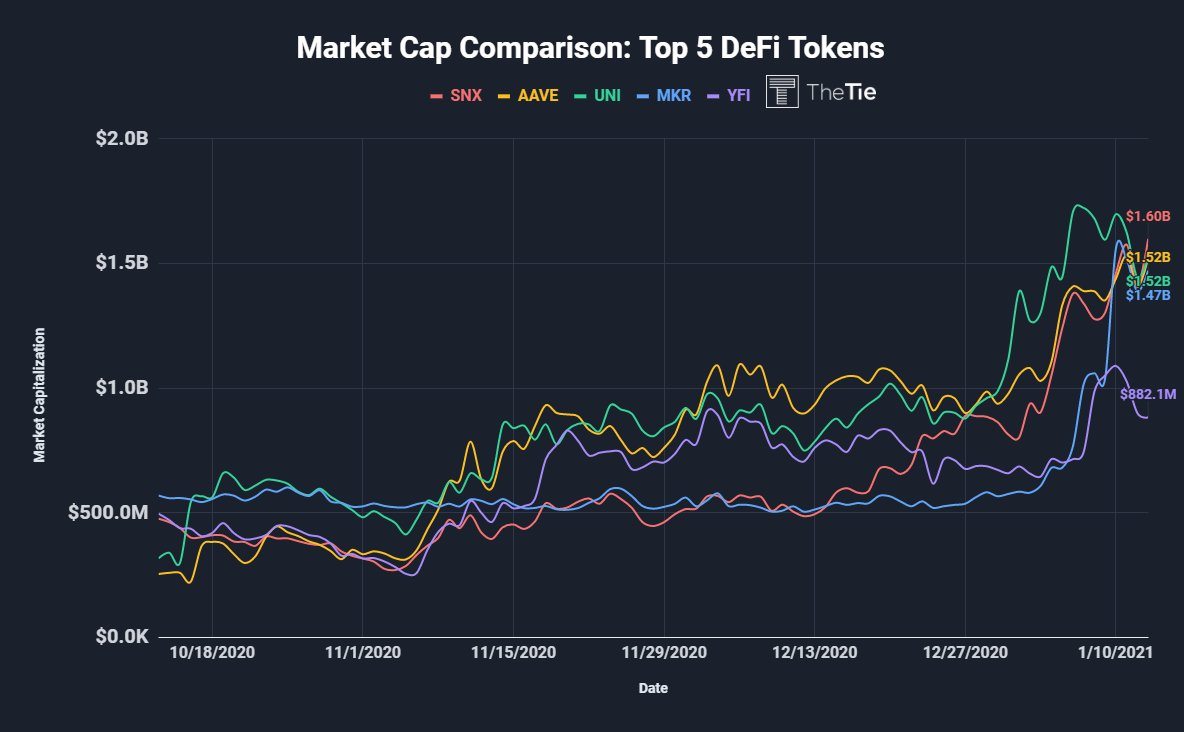 Despite Synthetix making it to the top due to its ballooning market cap, it still lags regarding the value locked on the platform. DeFi Pulse highlights that a total of $19.9 billion has been locked in the sector.

Maker tops this list with $3.6 billion, followed by Aave with $2.5 billion. Uniswap boasts of $2.4 billion ahead of Compound's $2.3 billion. Synthetix comes in the fifth position with a total of $2.2 billion in locked funds. 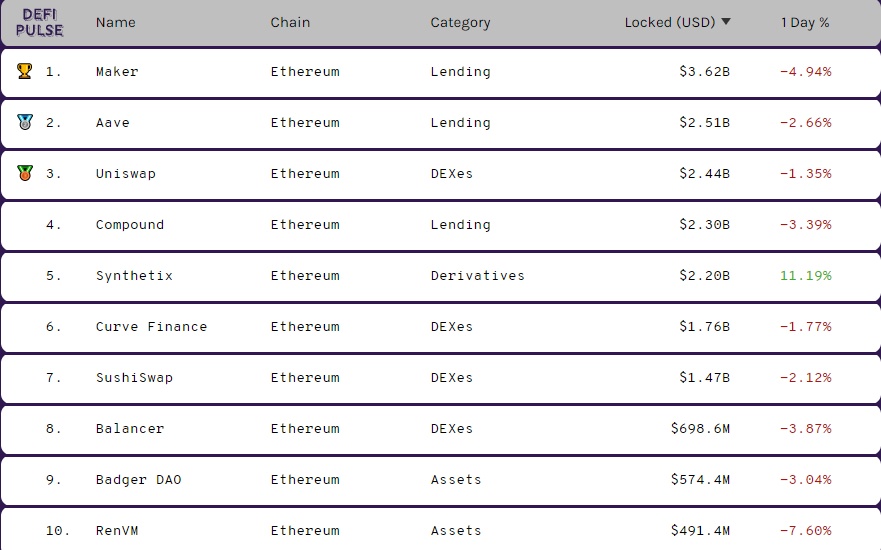 SNX is trading within the confines of an ascending parallel channel, as observed on the 4-hour chart. The token's value has increased by 550% since the lows changed in November at $2.4. At the time of writing, Synthetix is exchanging hands at $15.5 while battling for another breakout above the channel's upper boundary.

The Relative Strength Index has reinforced the ongoing bullish momentum as it renews the uptrend within the overbought area. Moreover, a golden cross pattern formed in December when the 50 Simple Moving Average crossed above the 100 SMA appears to influence the price positively.

On the upside, buyers have eyes on $20, but SNX is likely to face some delays around $16 and $18. Besides, a sell signal could soon be presented by the TD Sequential indicator on the 4-hour chart. This call to sell will manifest in a green nine candlestick. If validated, SNX would correct from the current price levels in one to four daily candlesticks.

Synthetix price could also fall if the movement is limited to under $16. Moreover, overhead pressure is likely to rise and probably force the token under $15, a move that could call for more sell orders. On the downside, support is expected at the 50 SMA and the 100 SMA, respectively.