The Storj price seems to be appreciating as interested investors accumulate, but this run-up could quickly end if it fails to overcome two critical supply barriers.

The Storj price dropped nearly 46% after hitting record levels on March 28. As the bull run cooled off, cryptocurrencies started to retrace, and so did STORJ. This pullback caused the Storj price to shed nearly half of its value.

If the buyers gather steam here, there is a high chance for the Storj price to overcome the 78.6%  Fibonacci retracement level at $3.04. Such a move would seal the bullish fate and perhaps even allow for a retest of the all-time high at $3.83. 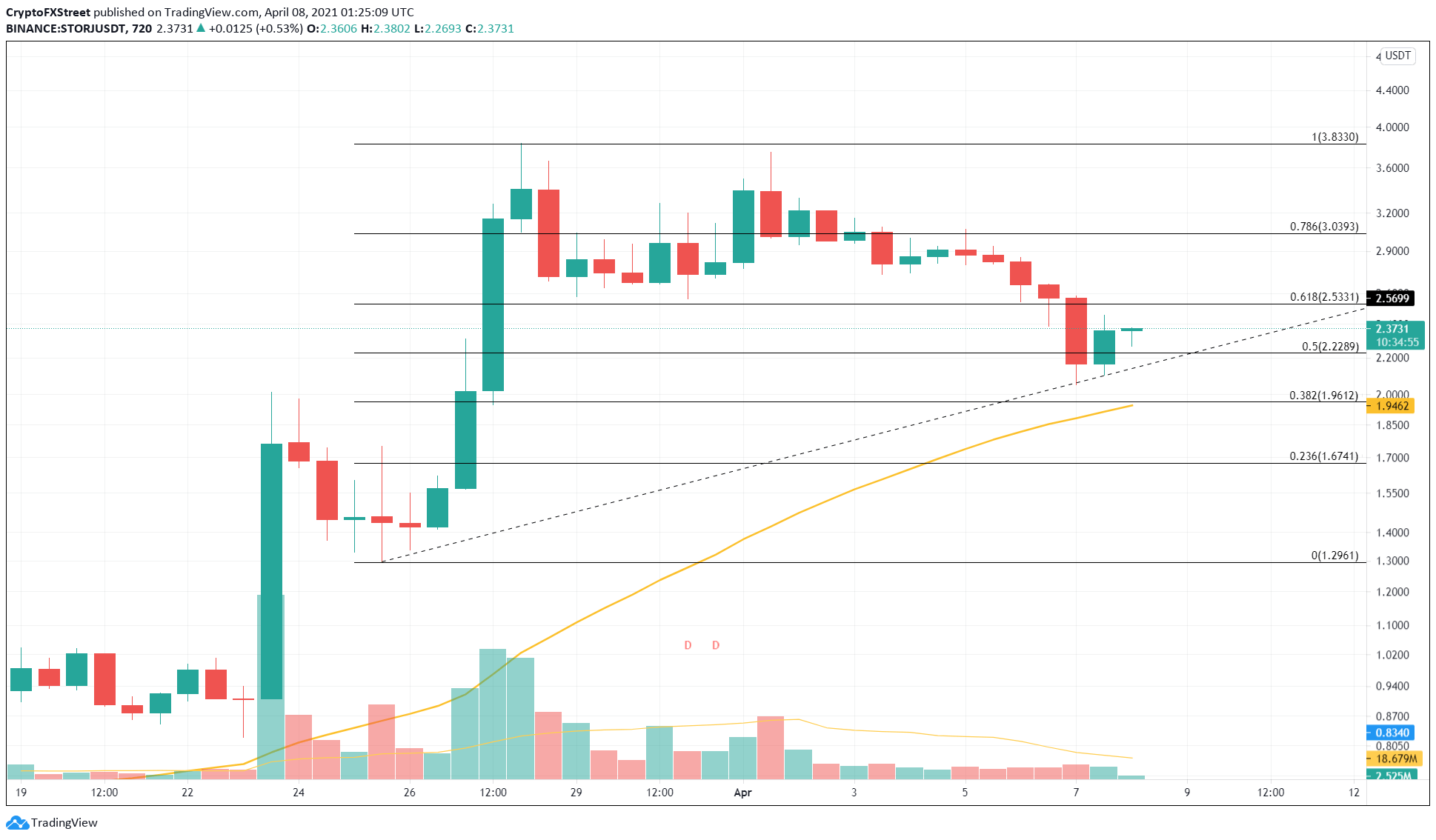 Portraying STORJ’s uphill battle is IntoTheBlock’s In/Out of the Money Around Price (IOMAP) model. This metric reveals two clusters of “Out of the Money” investors, which could deter the upswing in Storj price.

Around 616 addresses that purchased 11 million STORJ tokens at an average price of $2.50 are underwater. Similarly, 570 addresses holding almost 7 million STORJ will provide a substantial resistance around the $2.62 level.

Therefore, buyers must clear these levels to have any chances of an upswing.

On the flip side, if STROJ never gathers the momentum to surpass the said barriers, investors could look for an extended period of consolidation around $2.28.

Investors should pay close attention to the inclined trend line that connects two of the most recent swing lows. A daily candlestick close below this support level at $2.05 will invalidate the bullish outlook and kick-start a bearish one.

Under such circumstances, a 4% downtrend to the 38.2% Fibonacci retracement level, coinciding with the 50 Simple Moving Average at $1.96 seems plausible.

Dogecoin price declined almost 50% from the April 16 high to the April 17 low, reminding speculators that DOGE did have two sides. Since the price low, the altcoin rallied close to the all-time high at $0.4532 by April 19.

Zilliqa Price Forecast: ZIL on the verge of a brutal fall

Zilliqa has lost 30% of its market capitalization in the past three days. The digital asset must hold a critical support level to avoid further downside action.

Binance Coin price had a 20% dive in the last 48 hours amid overall market weakness. However, the Ethereum rival has managed to recover faster than other coins and aims for new all-time highs.