The STORJ price had a massive 500% rally in March and has been trading sideways for the past week, forming a bull flag on the daily chart. Despite the price spike, the number of STORJ coins inside exchanges has significantly decreased.

The digital asset has established a bull flag on the daily chart, which could be close to a breakout. Using the height of the pole as a reference, we can determine that the next leg up will take STORJ up to $4.8 in the long term. However, before that, bulls will target $3.83 first and then $4. 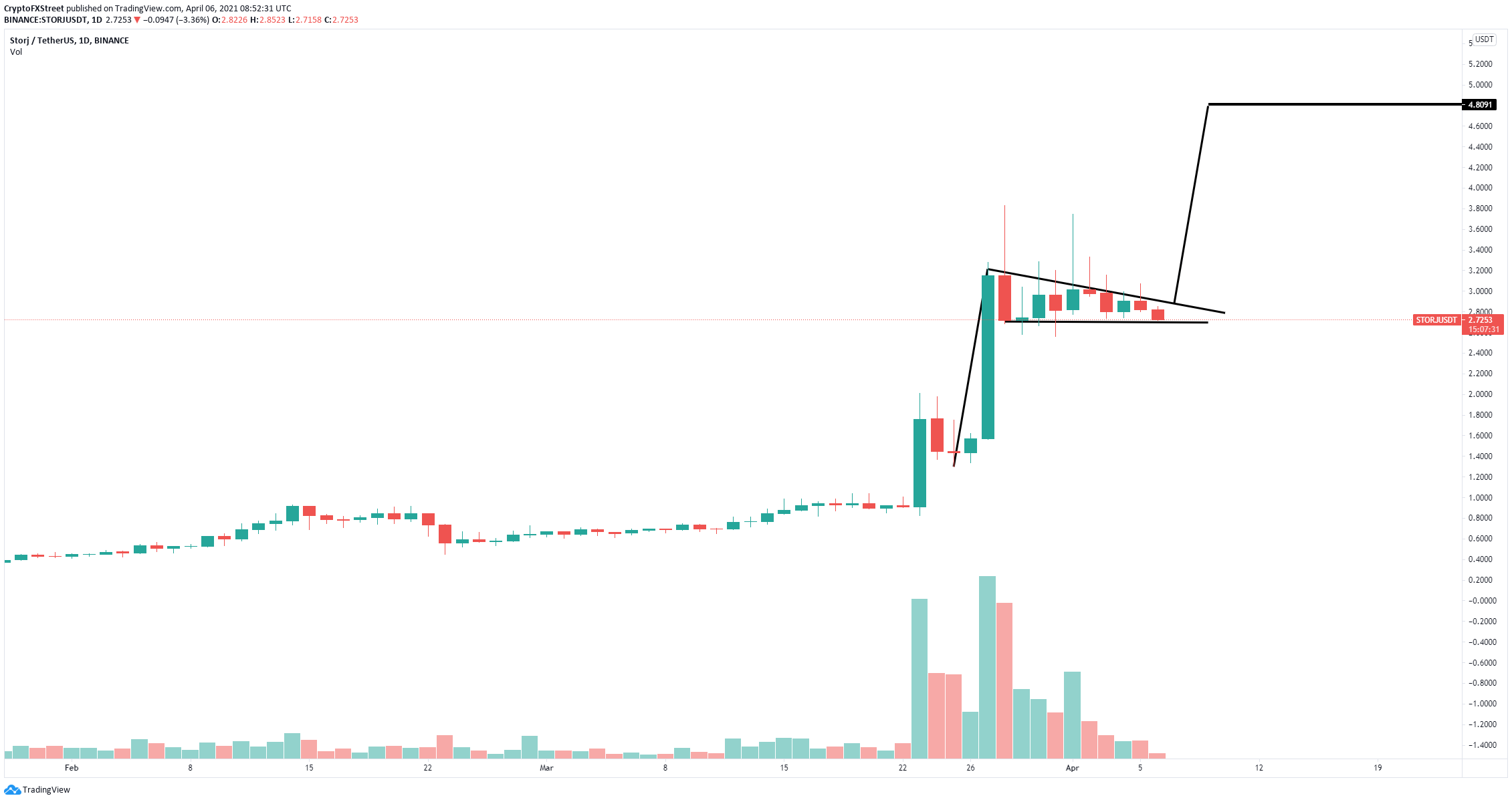 Bulls have the upper hand because the number of STORJ coins inside exchanges has notably dropped from 20% of the circulating supply on March 23 to only 13% currently. This massive fall indicates that holders are buying and holding and are not interested in selling to take profits.

However, the In/Out of the Money Around Price (IOMAP) chart indicates that STORJ faces strong resistance above $2.85 as many coins were bought beyond that level.

Losing the critical support trend line at $2.7 on the daily chart will invalidate the bull flag and can quickly drive the STORJ price down to $2.43 as this is the next key support level indicated by the IOMAP model.