Crypto.com Coins (CRO) price is under siege from geopolitical tensions that have been put back on high alert after a Bloomberg interview with the Indonesian president revealed that both Putin and Xi have confirmed they will attend the G20 summit in Bali, in November this year. This puts traders on high alert due to geopolitical risks as China and Indonesia are experiencing tense relations with the US, while Putin, for the first time since the invasion of Ukraine, will face world leaders who have condemned his actions. Fireworks look granted, with the first fuse lit by many in the ongoing cryptocurrency sell-off.

CRO price heatwave is over

Crypto.com Coin price is nosediving this morning with around 8% of losses as traders get rattled by a Bloomberg interview with the president of Indonesia that admitted that both Xi and Putin have confirmed they will come to the G20 meeting in person. November will thus prove to be a very tense period, with European countries scrambling for gas supplies and some regions shut down while world leaders meet in Bali, where Putin will make his first appearance since the Ukraine invasion. The photo opp will be an interesting event; expect markets to be on edge in anticipation of the occasion.

CRO price already broke the 55-day Simple Moving Average at $0.1312, although the effort expended, helped slow down the falling knife. Now it has got caught by the monthly pivot at $0.1294. For now, this seems to have done the trick, but the Relative Strength Index shows that there is still some room to go, with CRO price set to tank another leg lower to possibly $0.1150 or $0.1100. Constituting around 12% additional losses either in the run up to or over the weekend. 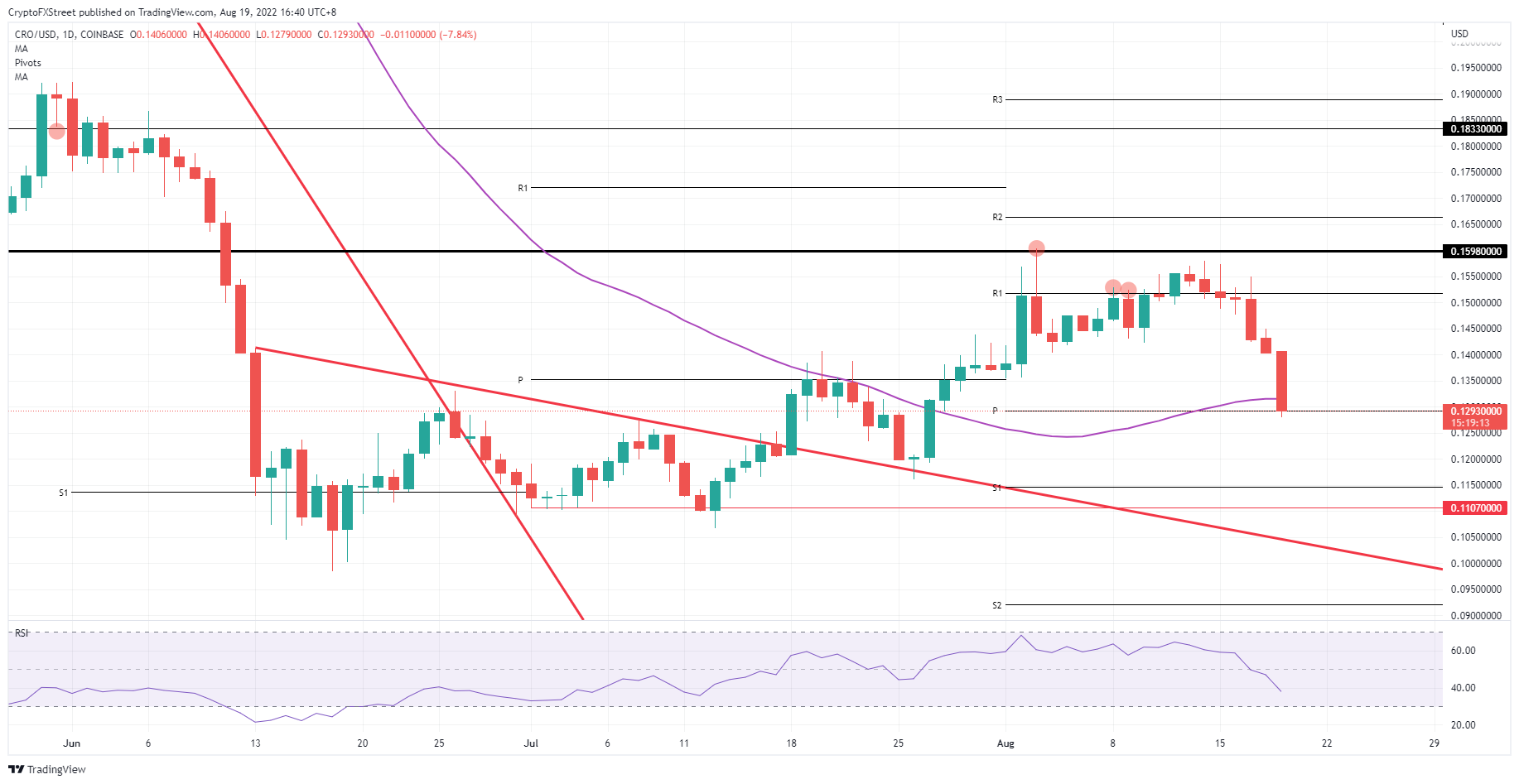 Alternatively, a simple bounce off the monthly pivot could see bulls regroup. The 55-day SMA has already done a lot of work to slow CRO price’s descent and triggered the signal for bulls to start buying into the price action. Do not expect a quick pop back to $0.1600, as bears will probably try to cut short that attempt. Rather look around $0.1500 for a top before price action could ply back to $0.1300. Imagine a bouncing ball, losing momentum, with bulls awaiting the right catalyst to break above $0.1600 in due time.