Shiba Inu price action seems to be repeating itself after a recent breakout from its downtrend. The rebound is pausing and might go for a liquidity run below a vital support level before a full-blown rally kicks off.

Shiba Inu price crashed 77% from its all-time high before setting up a swing low around $0.0000202. The downswing, however, was breached on February 3, as price undertook a u-turn and made a 75% ascent. The new uptrend failed to sustain, however, leading to another downswing.

After a brief period of consolidation, SHIB breached through its mini downtrend and is currently establishing a support level around $0.0000223 before triggering an explosive rally higher. However, investors can expect Shiba Inu price to slide lower first in search of liquidity below the $0.0000202 barrier.

Such a move will signal the start of an uptrend and interested investors can enter long at $0.0000202. The resulting momentum will likely catapult SHIB to retest the immediate hurdle at $0.0000283.

This move would constitute a 40% gain and is where market participants can book profits. 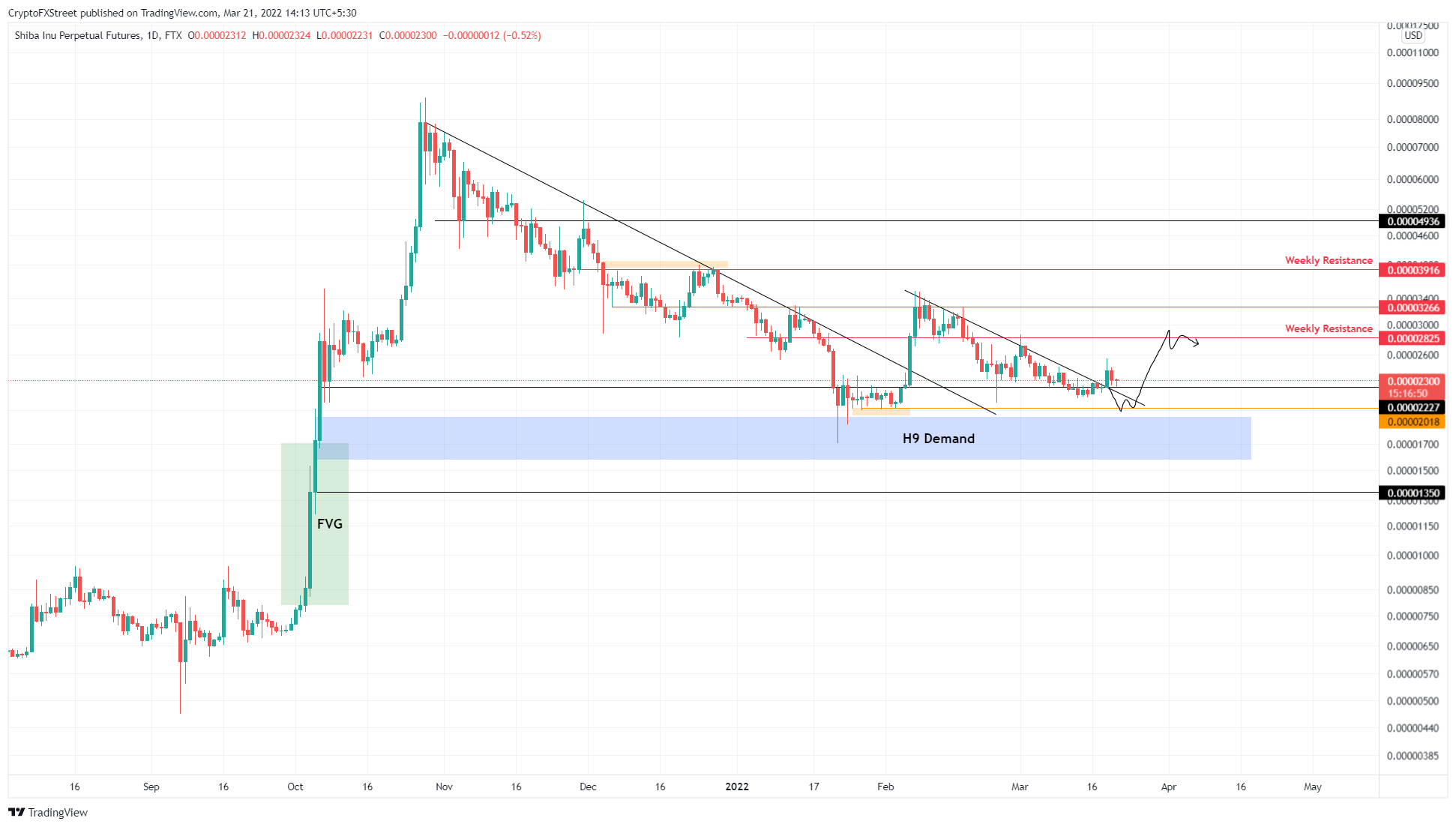 A daily candlestick close below $0.0000193, however, will produce a lower low and invalidate the bullish thesis. In this scenario, Shiba Inu price could crash 15% and retest the $0.0000135 support level.