Shiba Inu price is about to trigger an event that has not been triggered since October 2021: an Ideal Bullish Ichimoku Breakout. When this bullish Ichimoku long entry appears, instruments often have long and sustained uptrends, something SHIBA has not seen in five months.

Shiba Inu price action on the daily chart needs to close at or above $0.000027 to confirm an Ideal Bullish Ichimoku Breakout. Despite the selling pressure near and above $0.000030, bulls have maintained a stable value area near $0.00025 to $0.000027. A massive short squeeze could likely begin very soon. 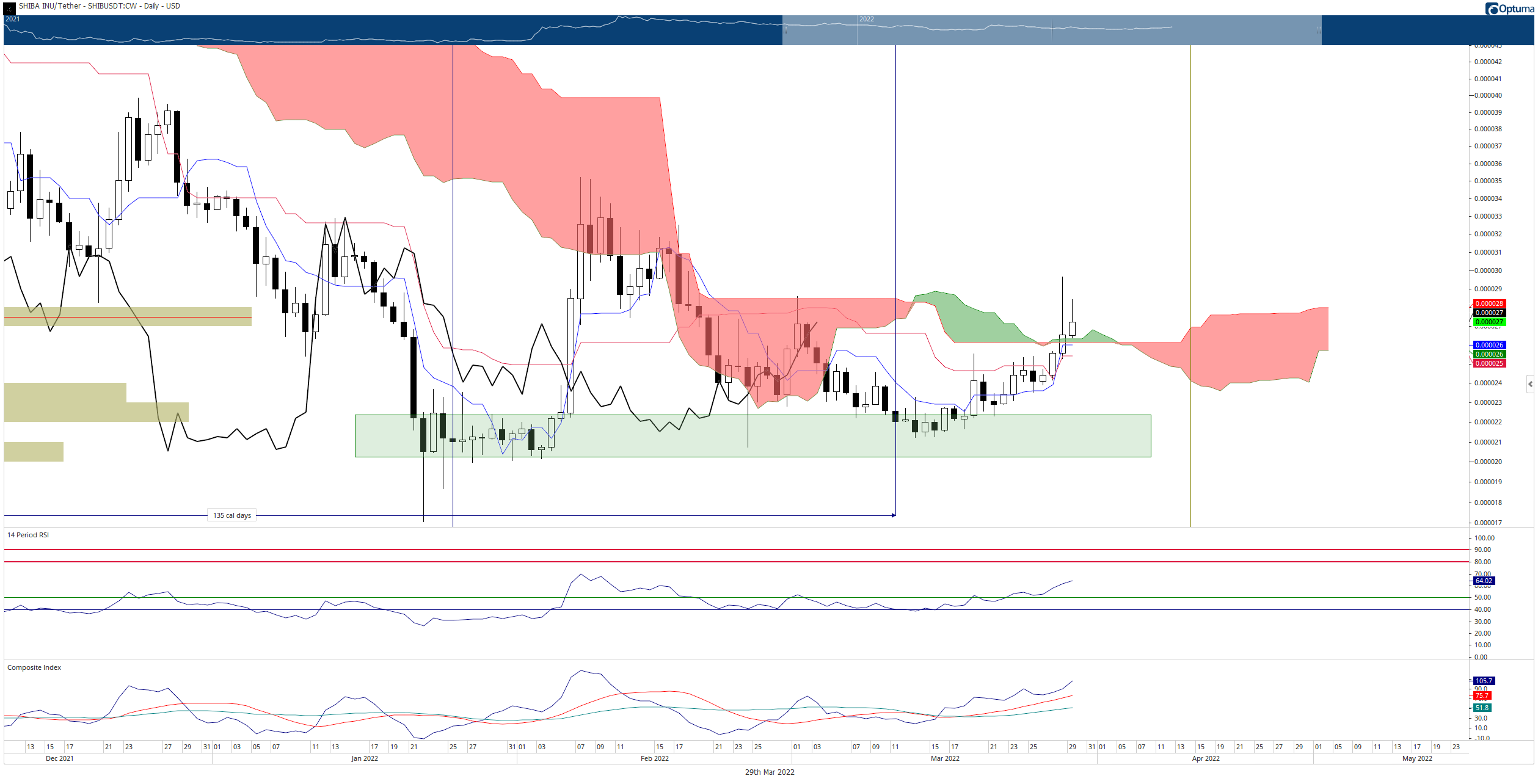 A hypothetical long entry identified last week triggered at $0.000028 and continues to move higher. The stop loss for that long setup is $0.000024, and the profit target at $0.000040. The ideal setup now would be a pullback with a new O-column, which would promptly reverse again to print another X-column. The result would be the most bullish Point and Figure pattern in Point and Figure charting: the Bullish Catapult. In that scenario, the original profit target of $0.000040 would likely be extended by another 10% to 15%. 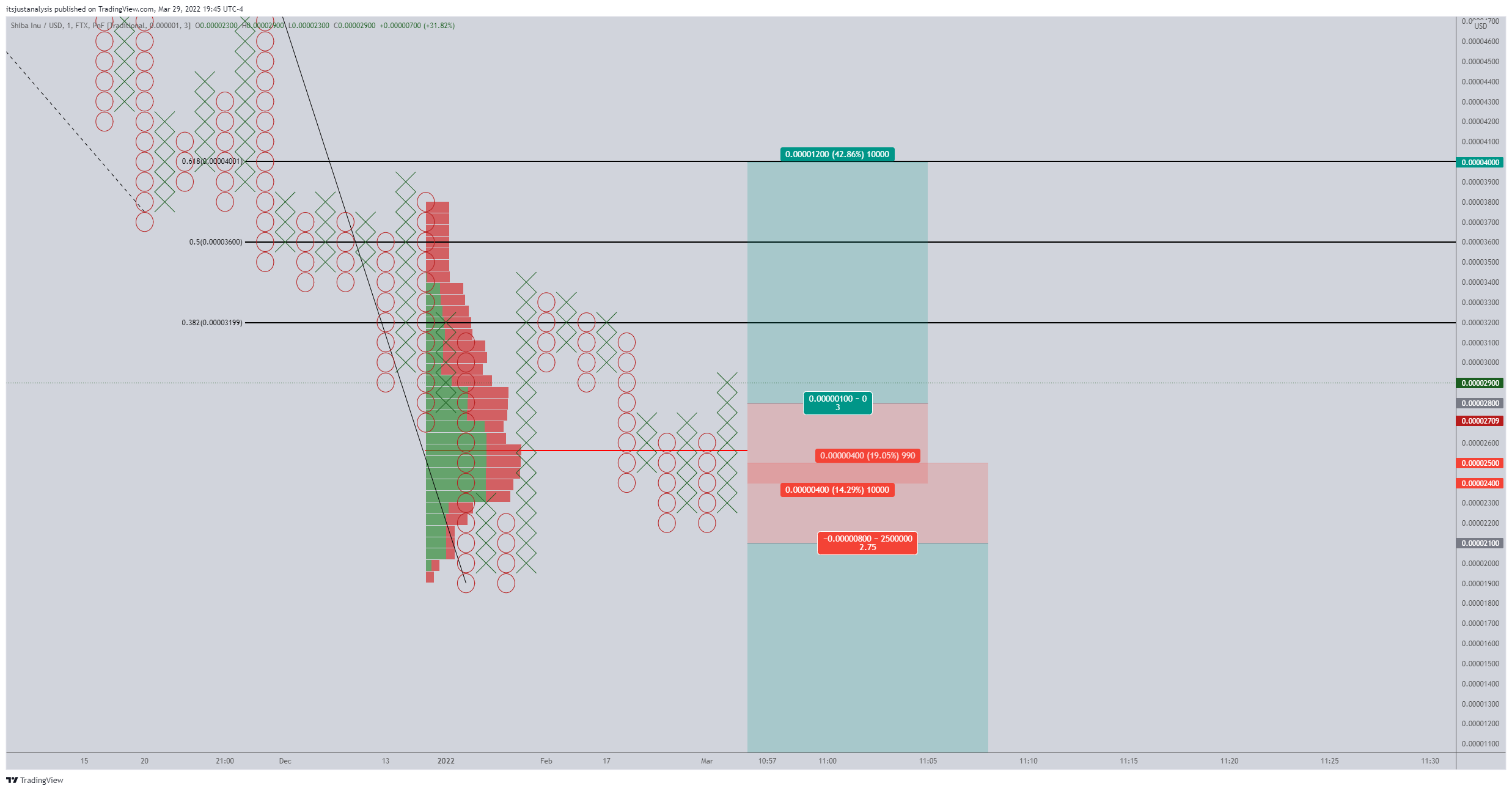 There is a theoretical short setup that remains valid for Shiba Inu price. The entry is a sell stop order at $0.000021, a stop loss at $0.000025, and a profit target at $0.000010. If triggered, the entry would not only confirm a Triple Bottom Breakout, but it would confirm a Bullish Fakeout setup. The short entry is invalidated if the current X-column moves to $0.000030.