Shiba Inu price appears to be declining impulsively. A 30% decline is now on the cards for the SHIBA price.

Shiba Inu price is looming with bearish sentiment as the bulls have shown no support at the $0.00001200 levels. The decline into the current $0.00001000 levels has been forecasted for several weeks since the SHIB price fell from the key $0.00004000 levels. The unfolding impulse wave down could send the Shib price to $0.00000700 if market conditions persist.

Shiba Inu price provides further evidence to believe in more decline using toe volume profile indicator. The recent ramping pattern signals a re-entrance of bears into the market with profit gauging intentions. Once the $0.00001000 support level is broken, a free-fall decline could be experienced, causing a shocking capitulation into the $0.00007000 levels and possibly further below the swing lows at $0.00000500. 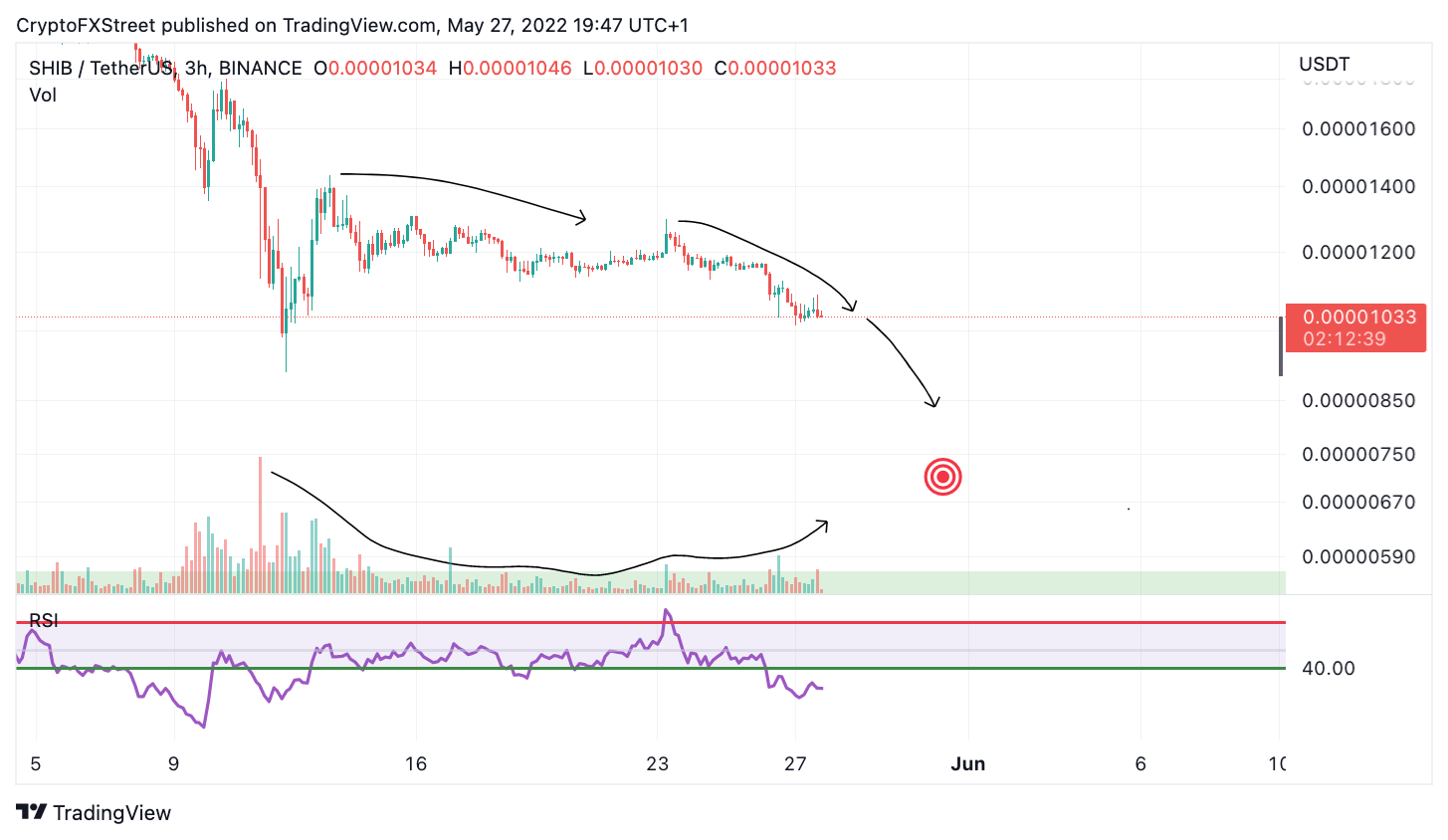 Invalidation of the downtrend for the Shiba Inu price lies at $0.00001850. If the bulls can breach this barrier, a bullish target at $0.00003000 could be back on the cards resulting in a 145% increase from the current Shiba Inu price.